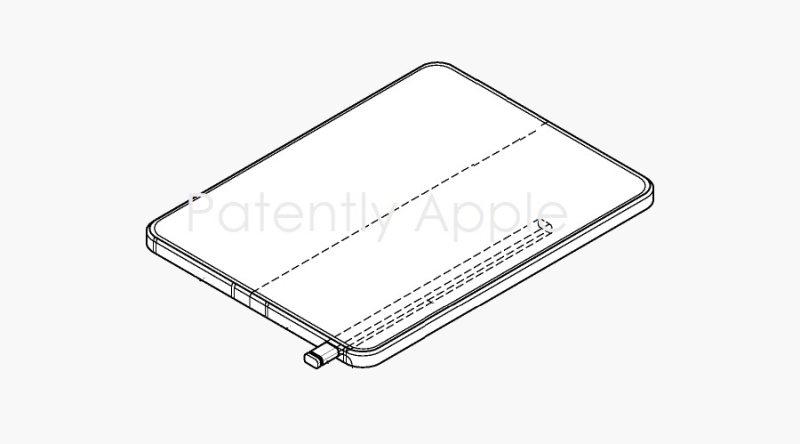 Sources have told The Elec that  Samsung’s Galaxy Z Fold 4 launching later this year will have a designated slot for the S Pen stylus and come with a similar screen size as its predecessor the Galaxy Z Fold 3.

While last year's Galaxy Z Fold 3 which launched last year with S Pen support, it didn’t have a designated slot on the device to house the stylus. Rather, Samsung sold a separate cover accessory that could be used to attach the S Pen on it.

Last April Patently Apple posted a Samsung patent report laying out how the next-gen Galaxy Z Fold would work with their S Pen. Over the weekend, Patently Apple discovered a new patent filing by Samsung that illustrated a future Galaxy Z Fold smartphone with a built-in S Pen Slot as presented below in patent FIG. 5B, backing today's rumor from The Elec. The image was found in Samsung's Korean patent application number 1020200124099. 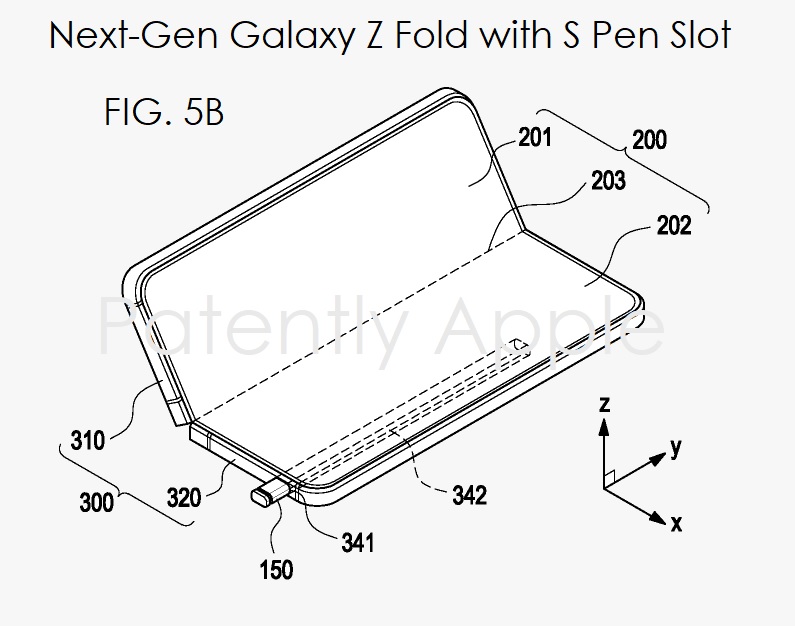 Lastly, Samsung has been reviewing applying an active electrostatic solution for the Galaxy Z Fold, which won’t require a digitizer. This solution is used by Apple for their Apple Pencil. For more, read the full report by The Elec.