Home Archives Contact Us Subscribe Twitter MeWe Facebook Patently Mobile
It's China's New Year's Eve and Apple's Homepage Celebrates the Holiday
Apple wins a Patent for an interesting new case & docking system that morphs the iPhone's UI to a Dedicated one for a Camera, Gaming+ During Apple's Q1-22 Financial Conference Call, Apple's CEO stated that the company had revenue growth across all of their product categories except for iPad due to supply constraints. While Apple's iPad didn't see grow in calendar Q4 2021 (fiscal Q1 2022), iPad still remained the global tablet leader during the holiday quarter and for the entirety of 2021 as presented in IDC's tablet charts below. In the first chart covering calendar Q4 2021 Apple's market share was 38%, with Samsung a distant second with 15.9%. 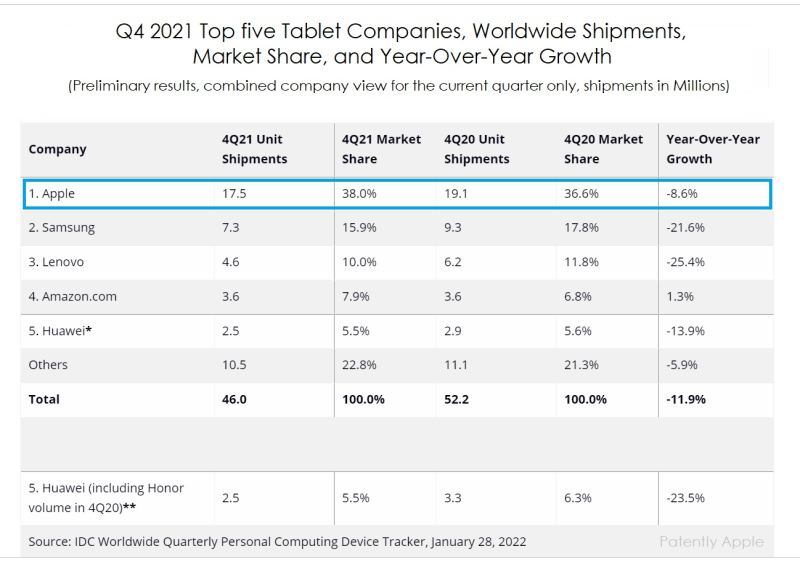 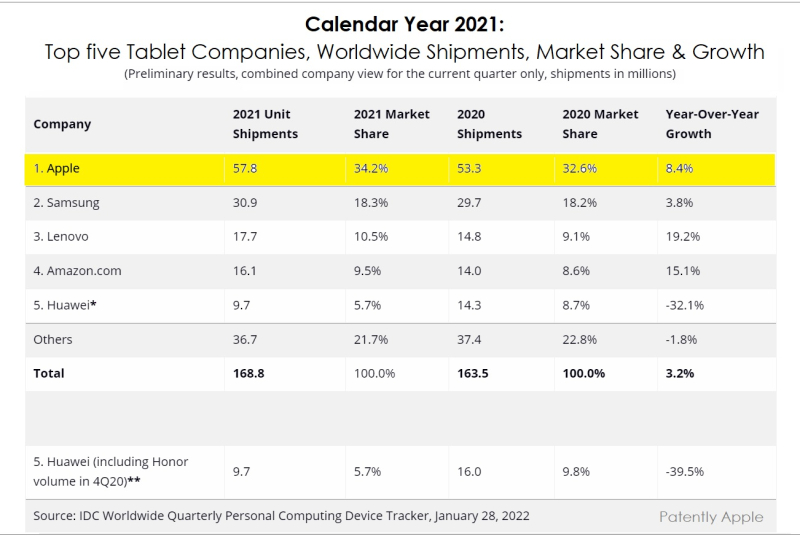 Overall, IDC reports that "Worldwide tablet shipments reached 46 million units during the fourth quarter of 2021 (4Q21), posting a decline for the second time since the pandemic began in 2020. Shipments declined 11.9% year over year in 4Q21 as demand slowed." Apple squarely states it was supply constraint that was the issue, not demand.

Review IDC's report for charts and stats on Chromebooks.

For interest sake, Apple shipped 17.5 million iPads in Q4 2021 while the number one Chromebook vendor, Acer, only eked out a measly 1.3 million units.