In mid-November Patently Apple posted a report titled "Apple appears to be accelerating Project Titan and reportedly Aiming to develop a high-end autonomous vehicle." These autonomous vehicles will of course be Electric Vehicles and one of the last patent applications published by the U.S. Patent Office for Apple was titled "Modular Charging Systems for Vehicles."

One of the issues with charging an electric vehicle is all of the different types of charging (e.g., alternating current and direct current power sources), locations (home, work, destination, or road trip stop), and power levels (e.g., 1.2 kW, 7 kW, 10 kW, 20 kW, 150 kW, or 350 kW). An on-board charger (OBC) (e.g., a 7kW charger or a 20kW charger) is installed in the vehicle and allows a user to plug in to standard infrastructure, and if that is enough for the user's needs at home, allows for a relatively inexpensive installation in at the home to accommodate.

Users who want more power, and faster charging times, at home (e.g., 10-20 kW), and who have a power infrastructure including an alternating current circuit breaker panel that supports it, can also install an off-board charger at the home (e.g., mounted on a wall) which is configured to convert additional power (e.g., an additional 13 kW) for charging a battery of the vehicle.

For example, a charging plug interface (e.g., including a cord) of the off-board charger may route alternating current to the on-board charger of the vehicle (e.g., providing 7 kW of charging power), while at the same time utilizing the output of the off-board charger's alternating current to direct current converter to provide power (e.g., an additional 13 kW) to the vehicle as direct current though the charging plug interface. Such a setup may provide the benefit of utilizing the OBC (e.g., a 7kW charger) that a vehicle operator has already purchased, and reducing the size and cost of the external charger used to achieve a given charging rate.

For example, J1772 protocol negotiation between the charger and a battery management system of the vehicle may be utilized. This technique may be used to determine what devices are connected and then what charging mode should be used. 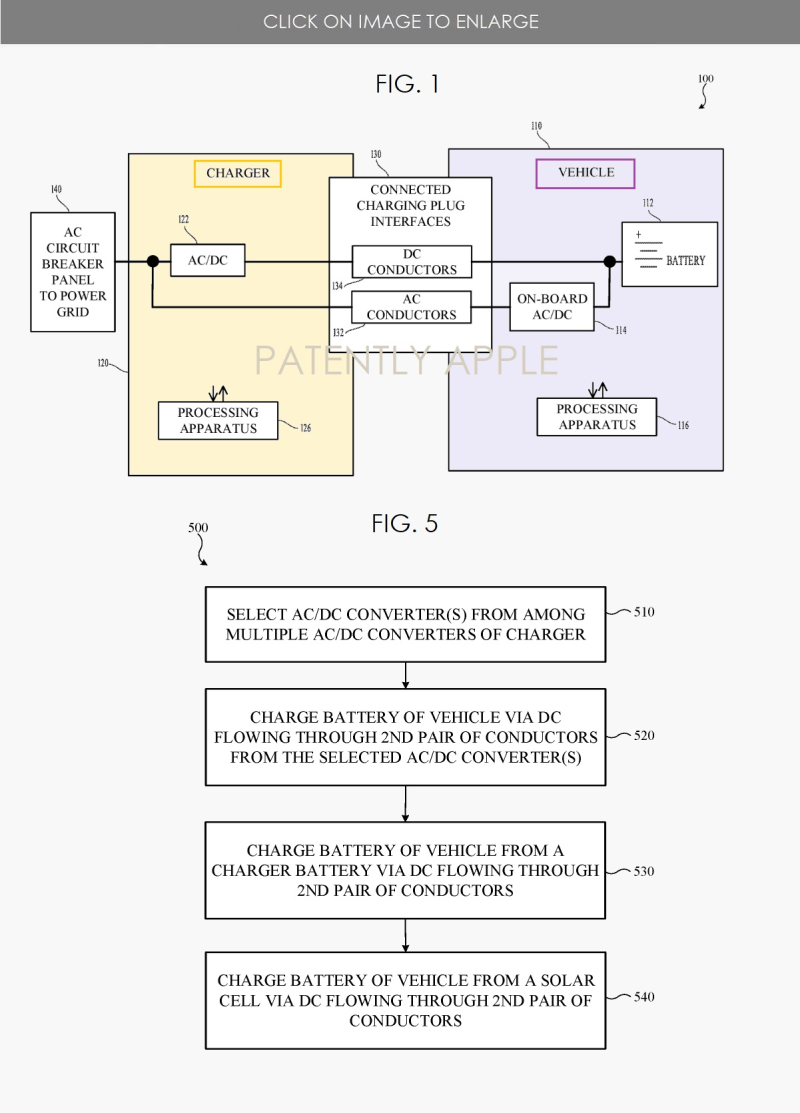 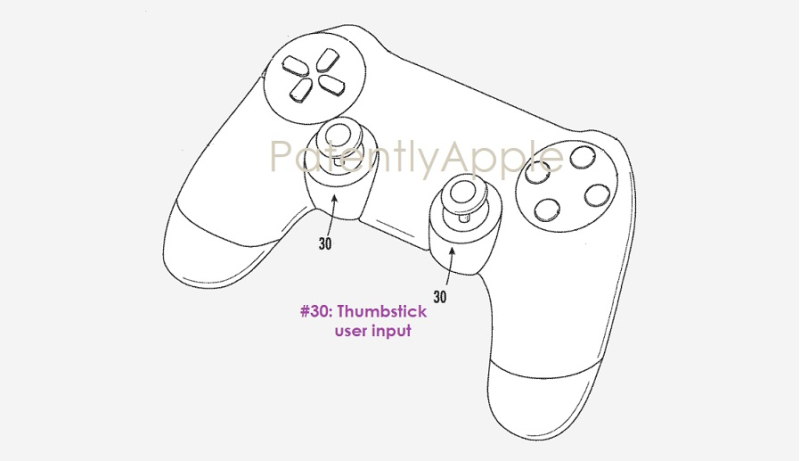 While Macs, iPad, iPhone and Apple TV can work with wireless game controllers from Sony and Microsoft, Apple is working on a possible game controller of their own. Apple won a patent for their work on a future game controller in July. The patent focuses on the "thumbstick user inputs" as noted in our graphic above.

Apple has updated their patent, according to a continuation patent published by the U.S. Patent Office last week. Apple has added 20 new patent claims and altered the name of the patent from "Thumbstick user input device and related methods," to "User Input Device and Related Methods" dropping "Thumbstick." While Thumbstick was listed 31 times in the original patent claims, the latest update never references "Thumbstick" once. Obviously, Apple Legal knew referencing "Thumbstick" in the filing could have triggered an issue down the road and eliminated it.