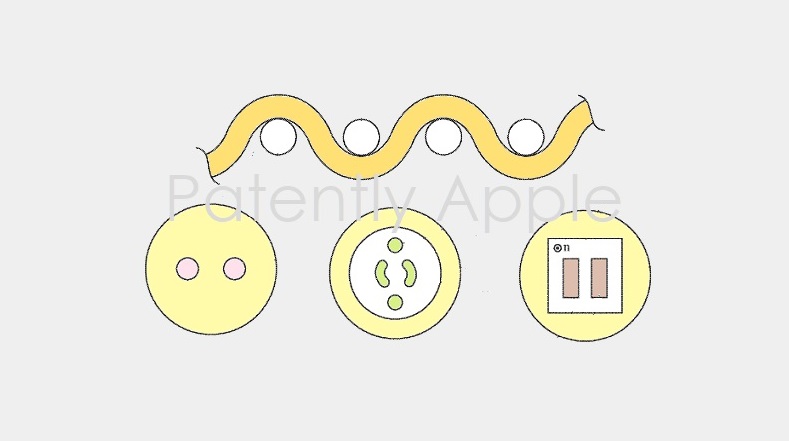 The U.S. Patent and Trademark Office officially published a series of 37 newly granted patents for Apple Inc. today. In this particular report we briefly cover possible future Apple Watch Bands with embedded gas and other sensors and more. And as always, we wrap up this week's granted patent report with our traditional listing of the remaining granted patents that were issued to Apple today.

Apple's invention covers embedding circuitry into woven materials that could, for example, make a future Apple Watch band, their first smart band that will provide many advantages over today's bands such as adding audio and tactile input and more.

Although the invention could apply to a wide range of future products such protective covers, advanced versions of Apple's Smart Keyboard, clothing, furniture, wearable electronic devices, and other items using fabric, the focus for this invention is a future smart fabric Apple Watch band.

The circuitry in the fabric-based item may gather input from a user and from the user's surroundings. The circuitry may supply visual output, audio output, tactile output, and/or other output.

Apple's patent FIG. 1 below is a schematic diagram of an illustrative system with one or more items; FIG. 2 is side view of illustrative fabric. More specifically, Apple notes that FIG. 1 may be a smart strap for Apple Watch and it may be coupled to the metal attachment. In the "Control Circuitry #12" could contain microprocessors, microcontrollers, digital signal processors.

Apple's patent FIG. 16 below is a perspective view of a pair of strands having respective protruding and recessed alignment features; FIG. 17 is a cross-sectional side view of a branching strand. 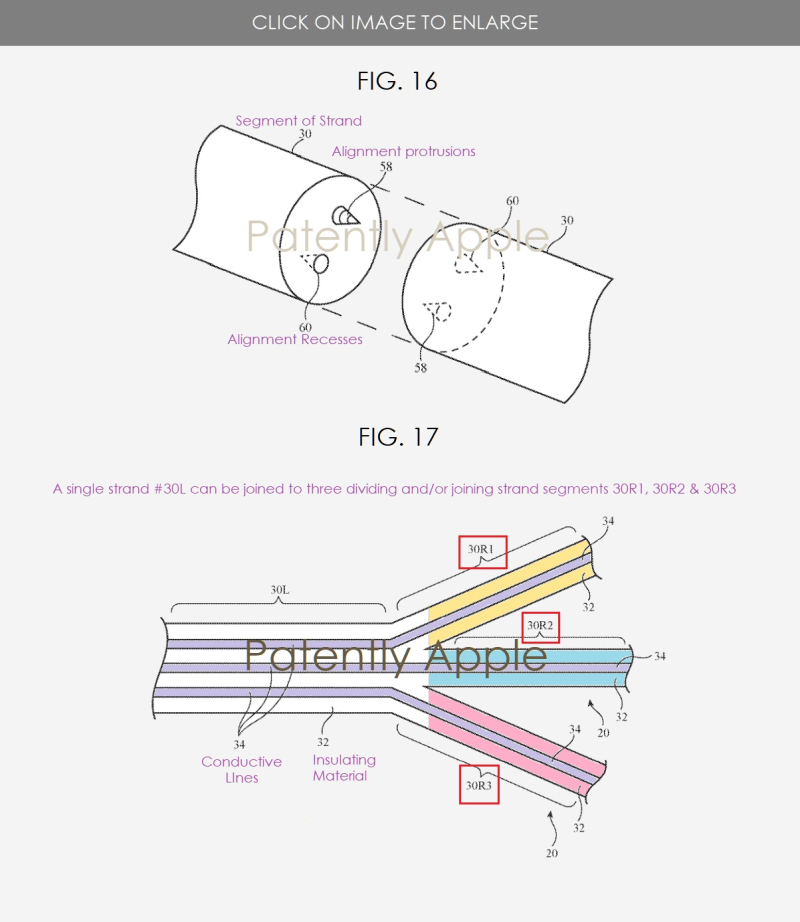 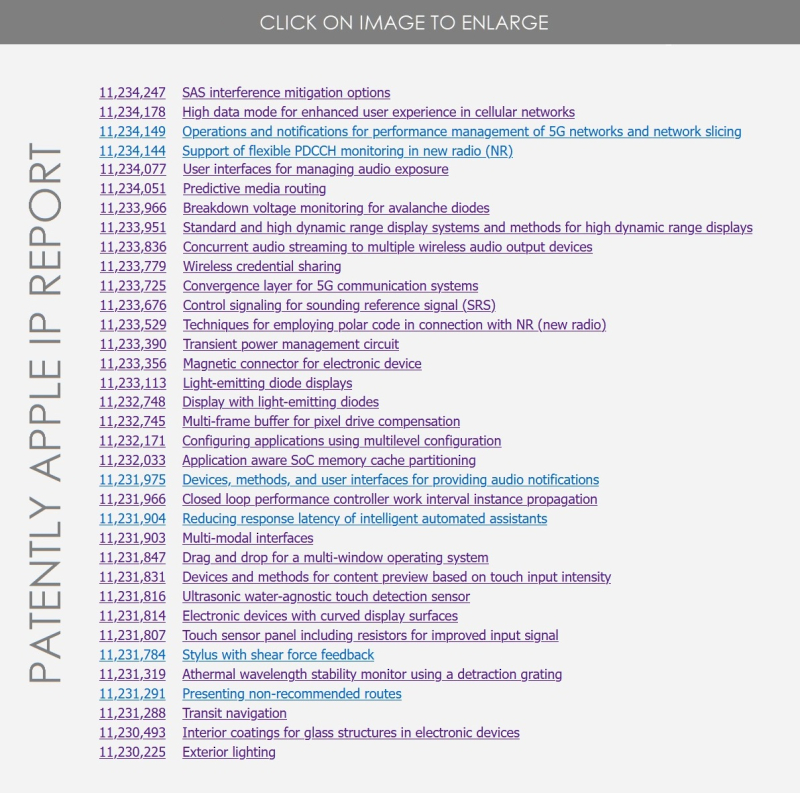