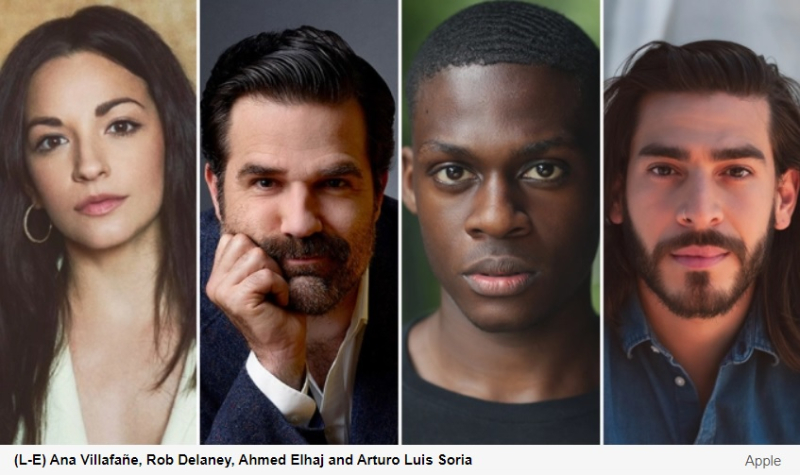 Based on Carl Hiaasen’s popular 2013 novel, Bad Monkey tells the story of Andrew Yancy (Vaughn), a one-time detective demoted to restaurant inspector in Southern Florida. A severed arm found by a tourist out fishing pulls Yancy into the world of greed and corruption that decimates the land and environment in both Florida and the Bahamas. And yes, there’s a monkey.

Villafañe plays Rosa, a Miami medical examiner who is starting to realize she may not be cut out for her job, so is happy to ditch work and help Yancy try to figure out the story of the severed arm he brings into her lab.

Elhaj is Neville, a young, mild-mannered Bahamian fisherman who is forced into action when a mysterious businessman bulldozes his family home to start construction on a swanky resort.