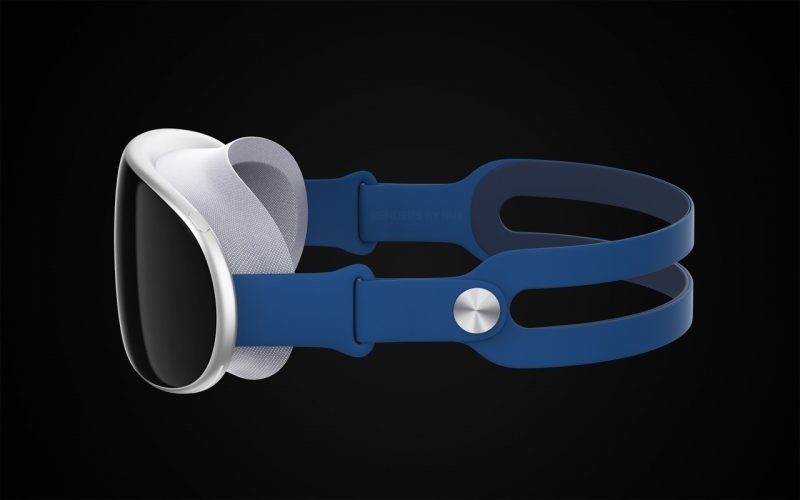 Today, the first granted patents for 2022 from the U.S. Patent and Trademark Office were published and one of them for Apple is titled "Cooling and noise control for head-mounted device." When wearing an HMD for long periods of time playing games, that "simple" cooling system will be appreciated. Further, Apple has designed it to be quite so that it doesn't interfere with communications with Siri and more.

Apple's granted patent covers a head-mounted device (HMD #100) that can include a cooling system #140 that provides cooling to one or more components of the HMD as illustrated in patent FIG. 1 below.

The cooling system can include a fan (#150) for directing air or another fluid within, against, or across one or more components of the HMD. The fan can include multiple blades (#152) that can move to urge air in a desired direction.

The blades can be provided at an angle (e.g., angle of attack) relative to an axis of rotation to urge the air as they rotate about the axis. As used herein, a fan can include any mechanism that provides mechanical movement of a fluid (e.g., gas or liquid). Examples include pumps, turbines, compressors, blowers, and piezo air movers. 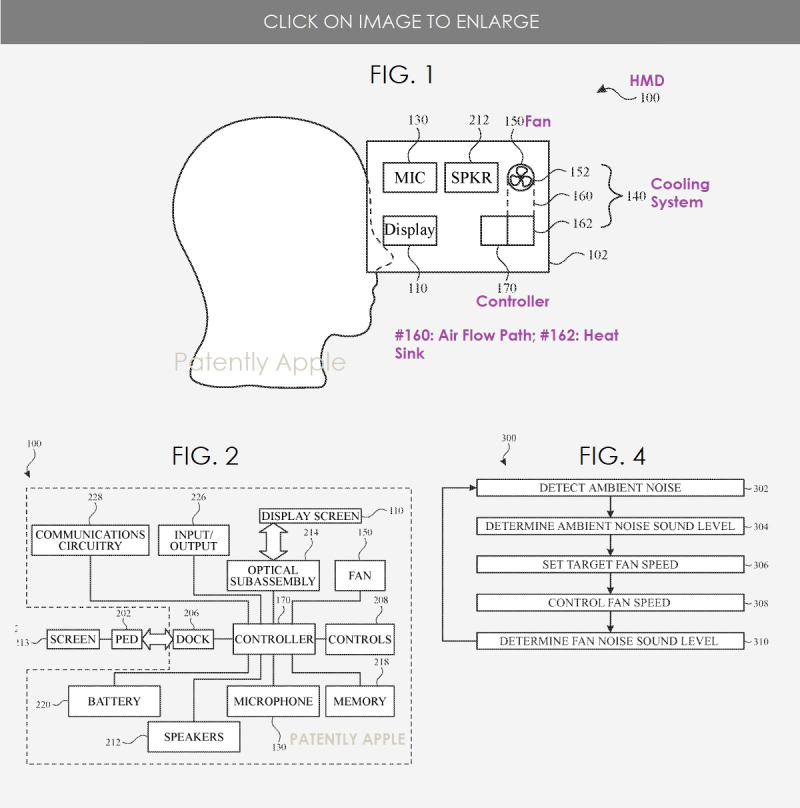 Apple's patent FIG. 2 above illustrates that system behind an HMD's cooling system and FIG. 4 illustrates a flow chart covering a method (#300) for managing sound levels.

Additionally, or alternatively, the cooling system can be operated to produce noise at or below a target sound level based on a detection that another person is in a vicinity of the head-mounted device.

For example, the head-mounted device can detect another person by proximity sensors, heat sensors, speech recognition, or another method. While in the presence of another person and/or when speech is detected, the cooling system can be operated at a lower sound level so as not to disturb others or interfere with speech. For example, such detections can contribute to a determination of a maximum sound level to be applied.

Additionally, or alternatively, the cooling system (e.g., fan) can be operated to produce noise at or below a target sound level based on a determination that a quiet environment is desired for operations of the head-mounted device.