Apple has invented a way for users to enter a Metaverse Scene with a little Visual, Audio and Haptic Razzmatazz 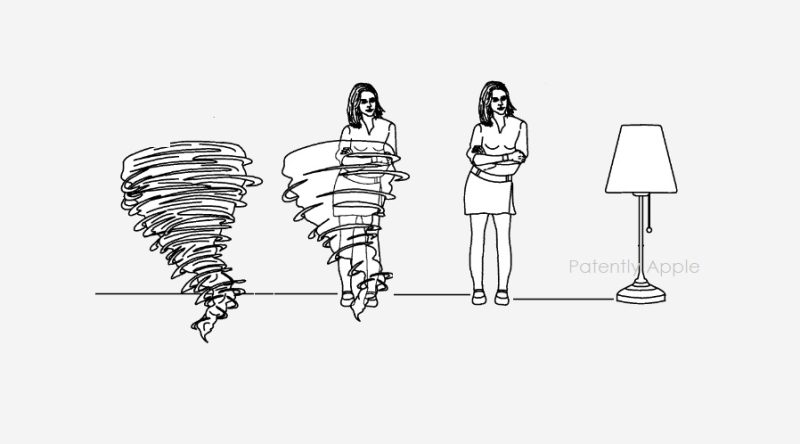 Earlier this month the U.S. Patent and Trademark Office officially granted Apple a patent that relates to computer-generated reality (CGR) (including virtual reality (VR) and mixed reality (MR)) techniques, and more specifically to techniques for user's entering or exiting a CGR or metaverse environment within a visual headset.

Apple's granted patent covers techniques for enhancing the experience of a user entering or exiting a CGR environment or metaverse. As the metaverse becomes more ubiquitous, there is increased opportunity for people to interact in such environments.

Although customized effects will add to the entertainment value of the metaverse, it should be recognized that visual effects are equally important for drawing users' attention to changes in attendance in an environment. Such techniques also provide the ability to control or filter content so that, for example, the user is not presented with content provided by another user that the user finds objectionable.

Apple's patent FIG. 12 below depicts a flow chart of an exemplary process for a Computer-Generated Reality (CGR) environment, such as a VR or MR environment; FIGS 2-4 illustrates a process that describes a user entering a VR/MR environment in a puff or cloud of smoke. 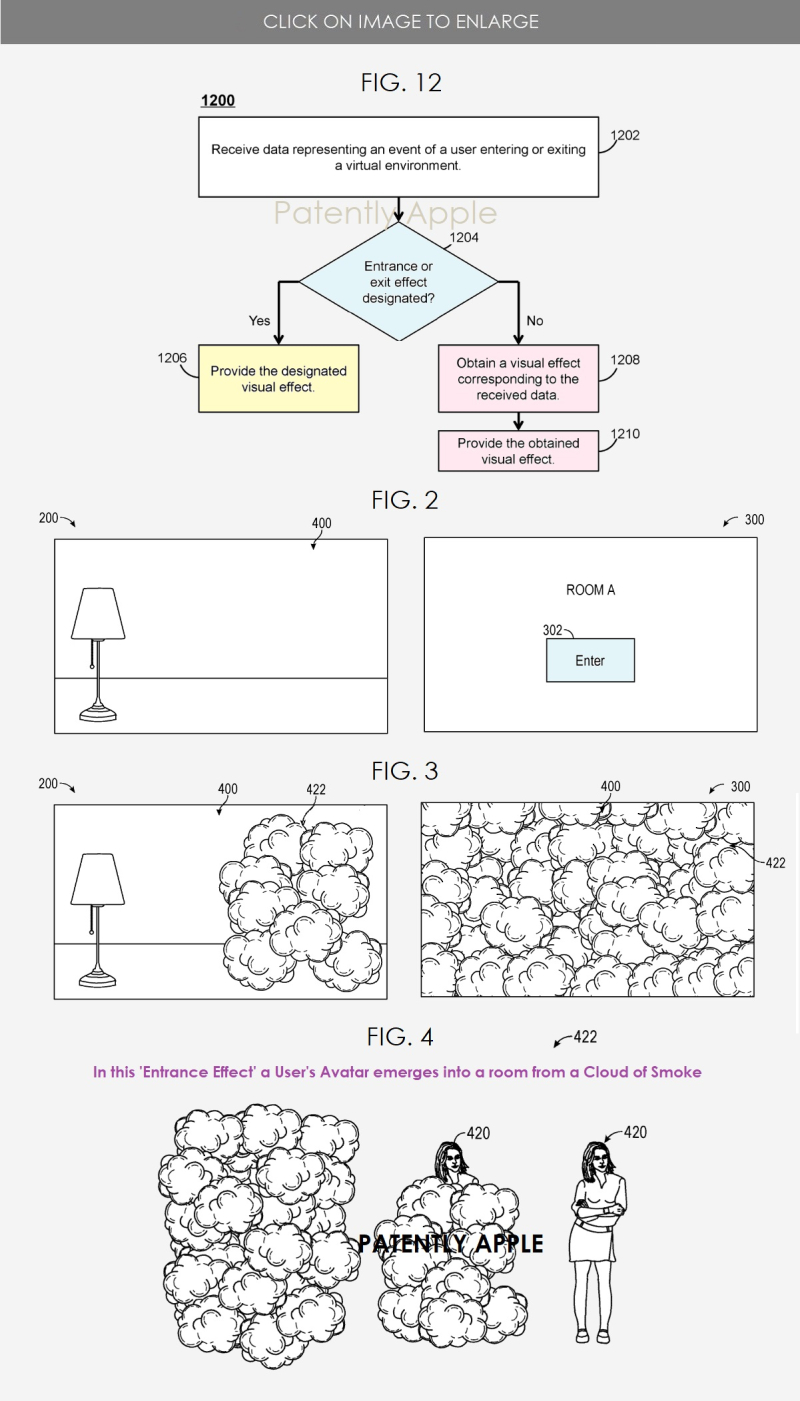 Apple's patent FIGS. 6-9 illustrate alternative entrance effects that user's will be able to use when they wish to enter a VR/MR environment. FIGS. 7 and 8 specifically illustrate entering a room in a vortex. 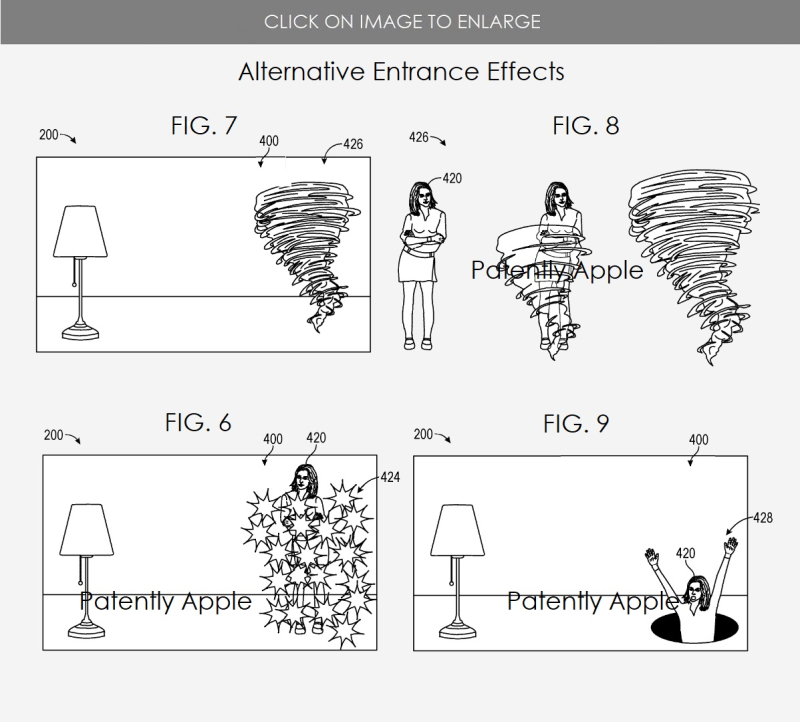 For more details, review Apple's granted patent 11,222,454. One of the inventors listed on the patent is James McIIiree, Kernel Engineer.