Home Archives Contact Us Subscribe Twitter MeWe Facebook Patently Mobile
Apple's Acoustics VP hints that future AirPods Pro may use a Proprietary Technology so as to deliver a superior Spatial Audio Experience
Patently Apple wishes our Fans and Colleagues around the Globe a Happy New Year!

While the Apple Watch is the leading smartwatch due in-part to its leading health technology, some think that Apple isn't doing enough 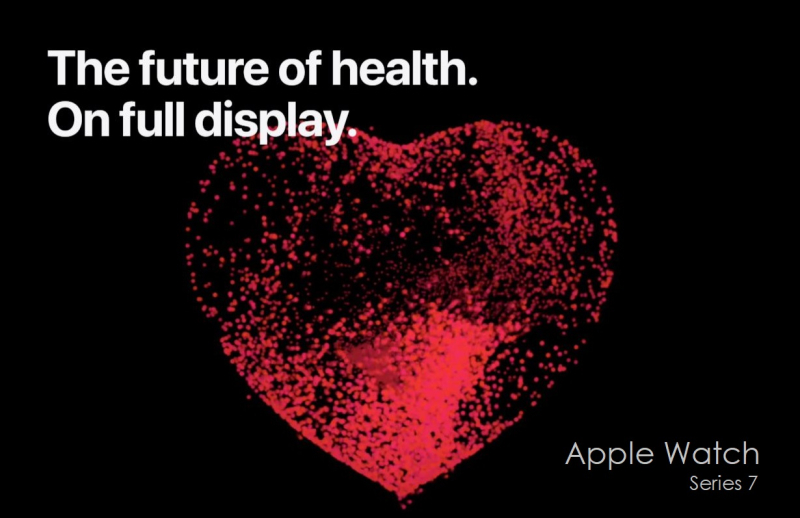 The marketing behind Apple Watch series 7 states: "Measure your blood oxygen level with a revolutionary sensor and app. Take an ECG anytime, anywhere. Check your heart rate. Along with other innovations like mindfulness and sleep tracking to keep you healthy from head to toe. Series 7 puts more health insights in sight." Apple's focus on delivering health features to assist customers to stay on top of their health and exercise has made it the number one smartwatch globally, quarter after quarter, year after year.

There have been a series of video testimonials over time on how Apple Watch saved lives by warning people that something wasn't right with their heart or automatically calling 911 when people have experienced a bad fall and had become incapacitated. A few of these video are presented below if you missed them. There have also been many stories written on how Apple Watch saved lives, here are two: 01 & 02.

Like all things in life, there are critics who can find fault with anything on any given day and in a new report posted by the Financial Times today, the critcs have decided to kick Apple for not living up to the promise of Apple Watch: "The future of health is on your wrist." I guess they failed to grasp Apple's marketing points to "The future of Health" not the current status of health.

While the Financial Times report covers a series of Doctors weighing in on the benefits of Apple Watch, they quickly turn to the pitfalls associated with the Apple Watch beyond its hardware.

The report notes; "As a researcher at Harvard, Shruthi Mahalingaiah has been using Apple watches to track the ovulation cycles of 70,000 women for more than two years in an unprecedentedly large study. But as a doctor, she complains that she is stuck with “dinosaur technology."

Apple touts the Apple Watch as the "ultimate device for a healthy life," but it is not something Mahalingaiah can use with her patients because there has not been enough innovation to validate and incorporate the data.

"How we practice is sometimes decades behind scientific discovery," she said. "We have got the personalized monitoring and we’ve got this whole medical-industrial complex — but how are they going to talk to each other?"

A research paper published in May corroborated what others have found: "wearables are lagging behind their potential," with "little evidence" they "bring about sustained behavior change."

Apple said its focus has been giving customers tools to monitor their health and that it is working with developers in the medical field to drive more personalized patient care. It pointed to a new "sharing" function that allows users to share their data with their family, caregivers or doctors. For more on this story, read the full Financial Times report.

While critics are frustrated with the limitations of Apple Watch, customers around the globe know that there isn't a better smartwatch out on the market today that could match Apple's innovations regarding health. And with a multitude of patents on record showing Apple's ongoing work to deliver many future features, customers will continue to make Apple Watch the top smartwatch on the market.

Apple has just scratched the surface of the potential of Apple Watch and they've just added the CEO of Johnson and Johnson to their board of directors to assist Apple's roadmap for Apple Watch.

While some see the glass as half empty, others see it as half full. While the critique of Apple Watch is fair, it's safe to say that the Apple Watch team is continuing to make postive contributions on health issues and many more are on the way both on hardware and software fronts. Stay tuned.