While Apple has delayed their Driver License app until early 2022, up to 30 U.S. States have joined the mobile Driver's License movement 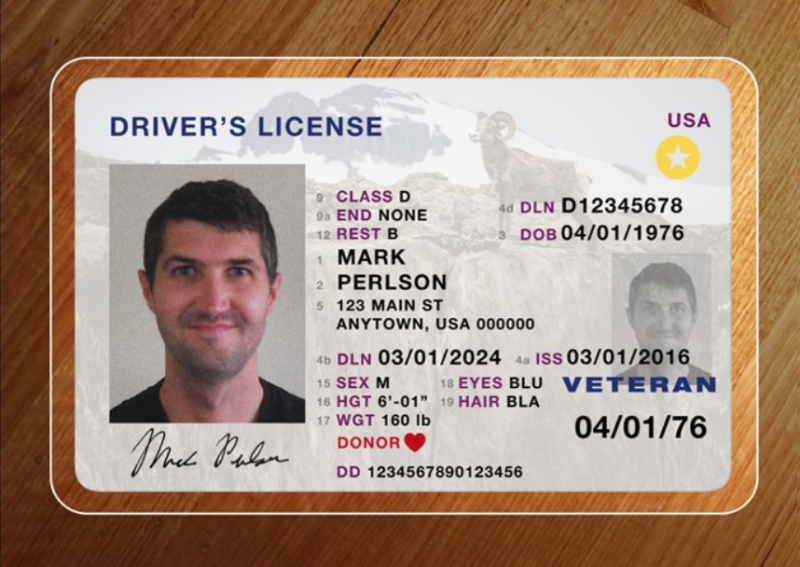 In September Patently Apple posted a report titled "As Promised at WWDC-21, Apple Reveals the First States Adopting Driver's Licenses and State ID's in Apple Wallet." The report noted that Arizona and Georgia would be the first states to introduce this new innovation to their residents, with Connecticut, Iowa, Kentucky, Maryland, Oklahoma, and Utah to follow.

Last week the Secure Technology Alliance issued a press release stating that mobile driver’s licenses are gaining traction in at least 30 U.S. states that are in the process of adopting mobile Digital Licenses (mDLs). The progress exemplifies that the transition from physical driver’s licenses is well underway, and the future of identification documents is digital.

Below is a quick-view static chart of the growing list of U.S. states and Canadian provinces adopting the standards of the mobile Driver License (mDL). 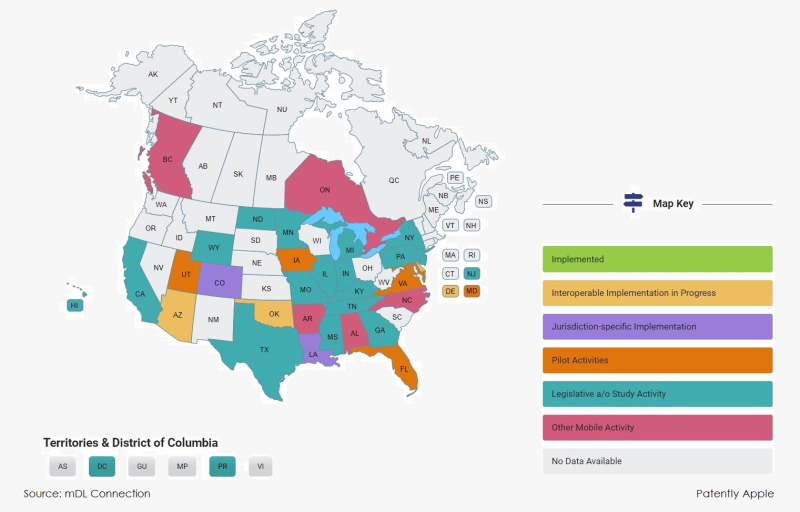 The Secure Technology Alliance noted in their press release that during their recent workshop, "many industry speakers agreed that Apple’s recent plan to integrate ISO/IEC 18013-5 mobile driver’s licenses into its Wallet app has garnered significant media attention for the mDL movement." Apple has delayed their mDL Wallet app until 'early 2022.'

Christine Nizer, administrator of the Maryland Motor Vehicle Administration and chair of the AAMVA International Board of Directors who delivered the mDL Workshop’s keynote address stated: "Smartphones carry everything, from payment cards to precious photos. It is only natural that the devices are becoming a platform for storing identity credentials too. The success of mobile driver’s licenses depends on stakeholders and relying parties banding together to create an mDL environment that is convenient and secure for the end user."

The pace of mDL adoption has tripled in 2021, according to GET Group North America, positioning the technology as a natural evolution from physical cards. A mobile driver’s license is a digital representation of the information contained on a physical driver’s license or ID card moved onto a mobile device, such as a smartphone, for the citizen to control.

mDLs offer enhanced security by requiring a cryptographic protocol that assures verifiers that the mDL or mID was issued by a trusted authority, such as a Department of Motor Vehicles. For this reason, you never "show" your mDL on a phone screen to anyone. This cryptographic mechanism also prevents alteration of the digital ID, eliminating the threat of counterfeit credentials. The secure verification process kicks off with just an NFC tap or QR scan.

You could read the full Secure Technology Alliance (STA) press release here for more details; you could also check out their website here and their current membership list here. The vast majority of times Apple insists that their name not be put on alliance membership lists and such is the case here.

Side Note: While it should naturally be understood, we wanted to clarify that our cover graphic is from Apple Inc and represents an example Apple ID Drivers License Wallet Card and doesn't reveal any real persons personal information.