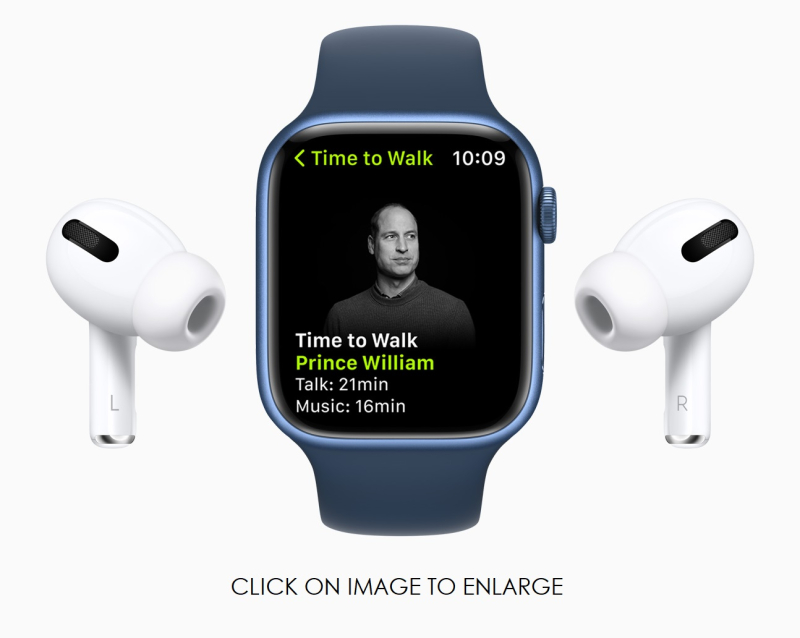 The second season of Time to Walk on Apple Fitness+ will close with a special holiday episode featuring Prince William.

Apple has issued a press release stating that his Royal Highness Prince William will be the next Time to Walk guest on Apple Fitness+, closing the second season of the series with a special holiday episode that will be released on December 6.

Time to Walk is an inspiring audio experience on Apple Watch for Fitness+ subscribers designed to encourage people to walk more often and reap the benefits from one of the healthiest activities. In his Time to Walk episode, Prince William talks about the importance of keeping mentally fit. He also reflects on a lighthearted moment when he was drawn out of his comfort zone, the value of listening as a way to empower others, and an experience that led him to prioritize mental health.

Time to Walk invites users to immerse themselves in a walk alongside some of the world’s most influential and interesting people as they share stories, photos, and music. Each episode, ranging from 25 to 40 minutes, is recorded while the guest walks outside or in locations that are meaningful to them, and includes their reflections on lessons learned, meaningful memories, thoughts on purpose and gratitude, moments of levity, and thought-provoking topics.

Apple is making donations to three charities chosen by Prince William that are doing important work around mental health: Crisis Text Line in the US, Shout 85258 in the UK, and Lifeline in Australia. Crisis Text Line and Shout provide free, 24/7 confidential support for people in crisis via text, and Lifeline provides free, 24-hour confidential crisis support and suicide prevention services.