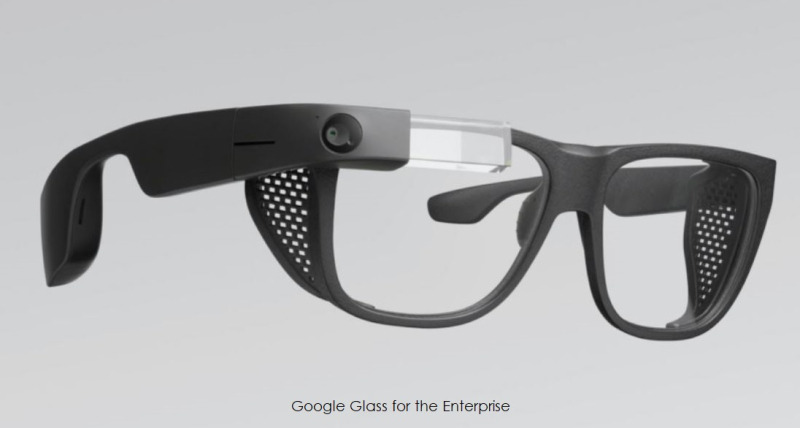 This past week was an interesting one in terms of new products and concepts coming to light. To begin with, we learned that Google is ramping up their AR Glasses project by hiring a key industry leader to create a new AR operating system. One of China's leading smartphone players introduced a highly praised foldable smartphone that sells at the same price as an iPhone 13 Pro Max. New Samsung patents this week pointed to a new hybrid scrollable- foldable smartphone concept along with smartglasses and other wearables that will include a bio-sensors. Even Dell introduced a few new concepts this week covering a twist on webcams and a PC concept that those who support the Right to Repair movement may be very interested in.

This week smartglasses was a topic of interest from Apple's competitors. It was reported by 9to5Google that Google, after dropping "Google Glass," was now gearing up to return to this market space.

Patently Apple covered two of Google's patents on smartglasses in 2020 and 2021. Below are patent figures from their 2021 filing. We also reported on Alphabet/Google acquiring a smartglasses company in Canada back in 2020 called "North." So we were able to see some of the new groundwork Google was laying for their return to this market that they pioneered. 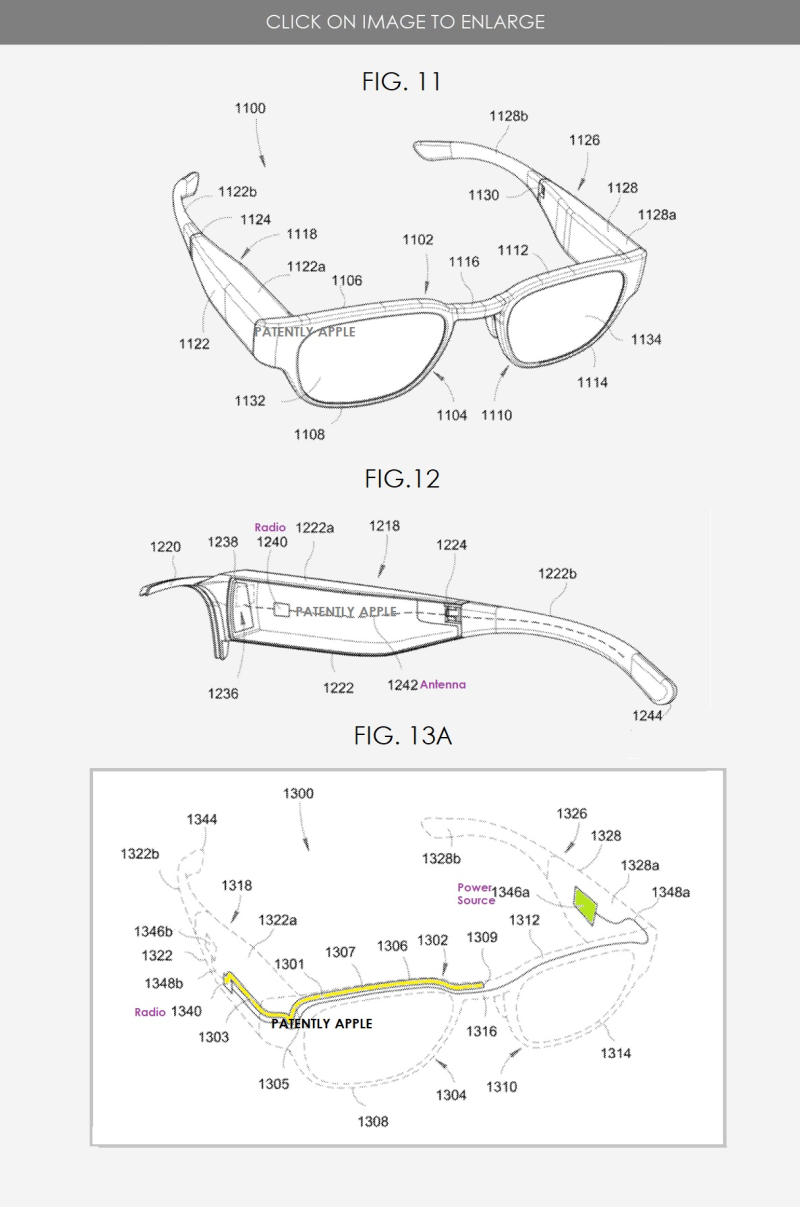 9to5Google reported on Mark Lucovsky having rejoined Google with his official title being "Senior Director of Engineering, Operating Systems, AR @ Google. Lucovsky was previously employed by Facebook's Oculus VR as General Manager, Operating Systems. He had been at Google as an Engineering Director between 2004 – 2009 and spent 16 years at Microsoft as a "Distinguished Engineer." 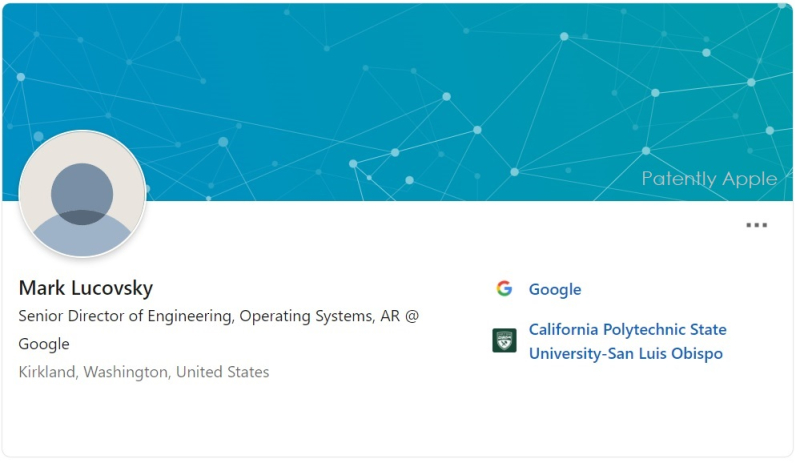 There are several open positions for Augmented Reality OS, with one job listing explicitly stating the goal:

This week the U.S. Patent Office published a patent application from Samsung titled "Wearable Device and Method of Measuring Bio-Signal." Samsung is working on Earbuds, smart rings and smartglasses that could measure bio-signals. The bio-information may include one or more from among a blood pressure, a vascular age, an arterial stiffness, an aortic pressure waveform, a vascular compliance, a stress index, and a fatigue level. 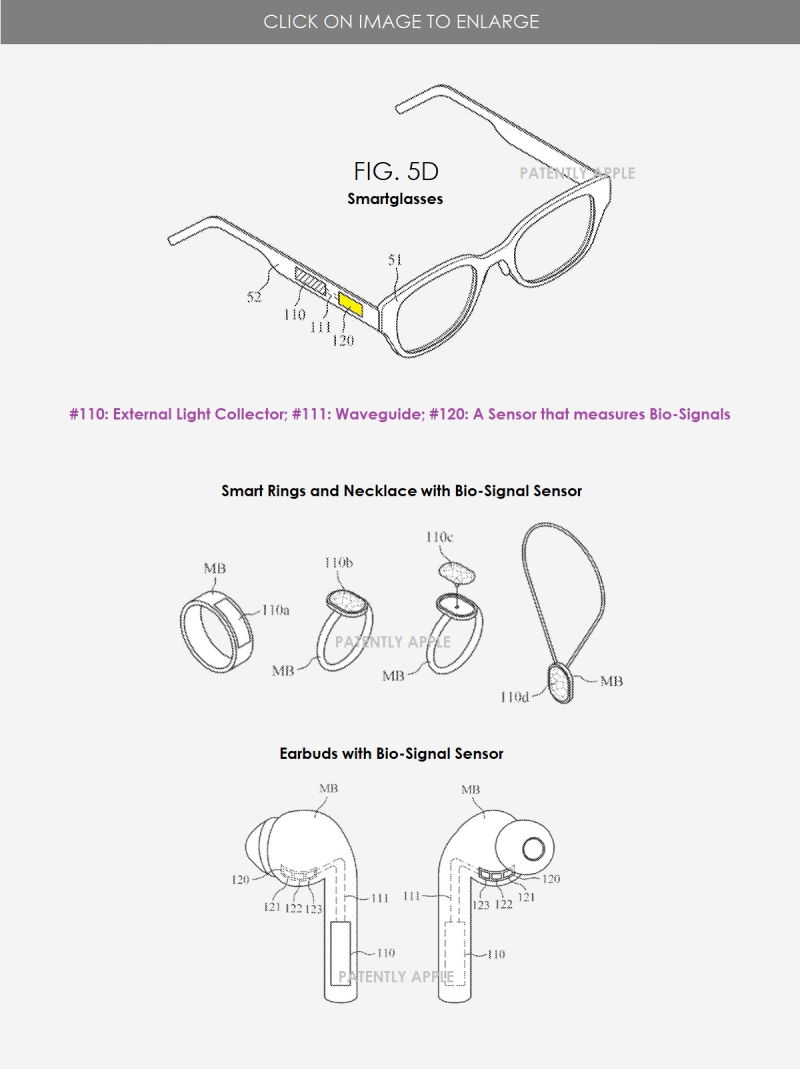 Oppo: This week there was a lot of buzz about one of China's smartphone leaders Oppo introducing a foldable smartphone called the "Oppo Find N" that could easily challenge Samsung's Galaxy Z Fold 3. Oppo had been hyping a "Scrollable" form factor called "Oppo X" last year that was to launch in Q4 2021. Instead, Oppo released a foldable smartphone that is being applauded by many reviewers including Marques Brownlee and Lew Hilsenteger of Unbox Therapy as presented below. In the closed position, it's like an older one-handed iPhone which many will find appealing.

Rumor of a foldable iPhone have been around for awhile with release dates ranging from 2022 to 2024. Patently Apple's display archive presents many Apple patents for future foldable devices. Some of the most recent could be viewed here: 01, 02, 03, 04 and 05.

Samsung: This week a couple of future smartphone form factor patents were published for Samsung in the U.S. and in Europe. The first set of patent figures cover their U.S. patent application 20210391410 titled "Flexible Display Device having reduced Strain during Bending or Rolling." Samsung's patent FIGS. 1 and 2 illustrate the "rolling" mechanism within a smartphone frame that will allow the display to extend to the right side and provide users with the ability to view content in a wider format such as movies and YouTube videos. 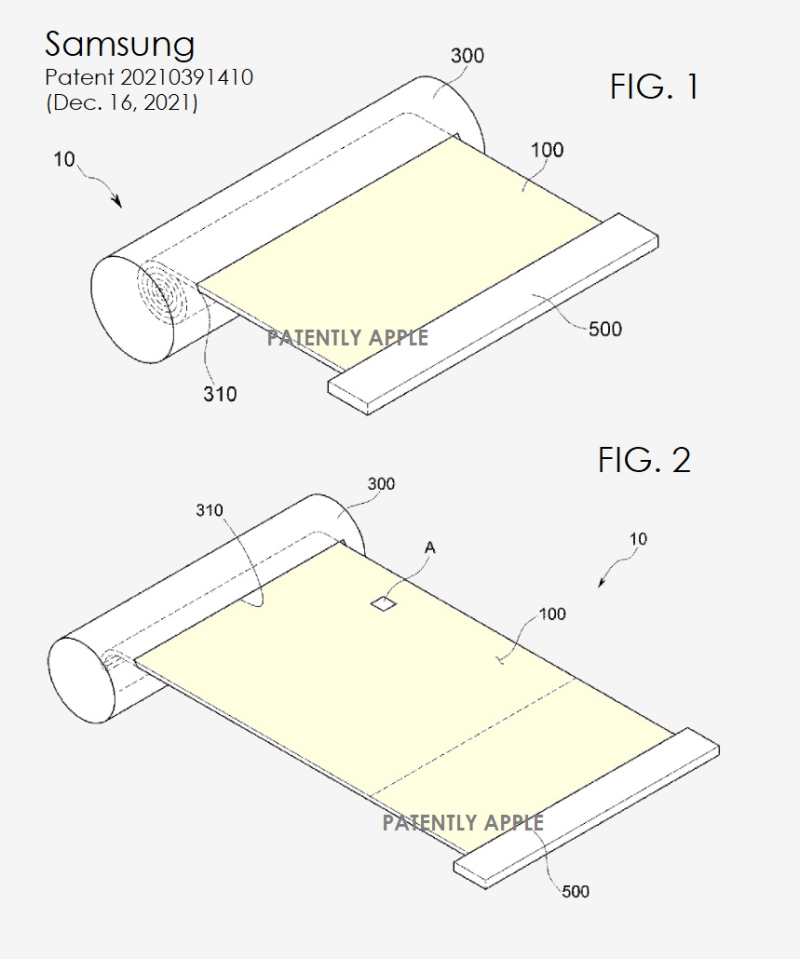 Samsung's second patent application that was published this week in Europe under number WO2021251775 is titled "Electronic Device Capable of Folding and Sliding Operations." The patent figures presented below illustrate how a future smartphone may not only have the display slide out from the side of a smartphone but also fold or bend and capable of being held at angle. This way a user could place the smartphone on a table and tilt the display to watch content from TV to movies and YouTube content. 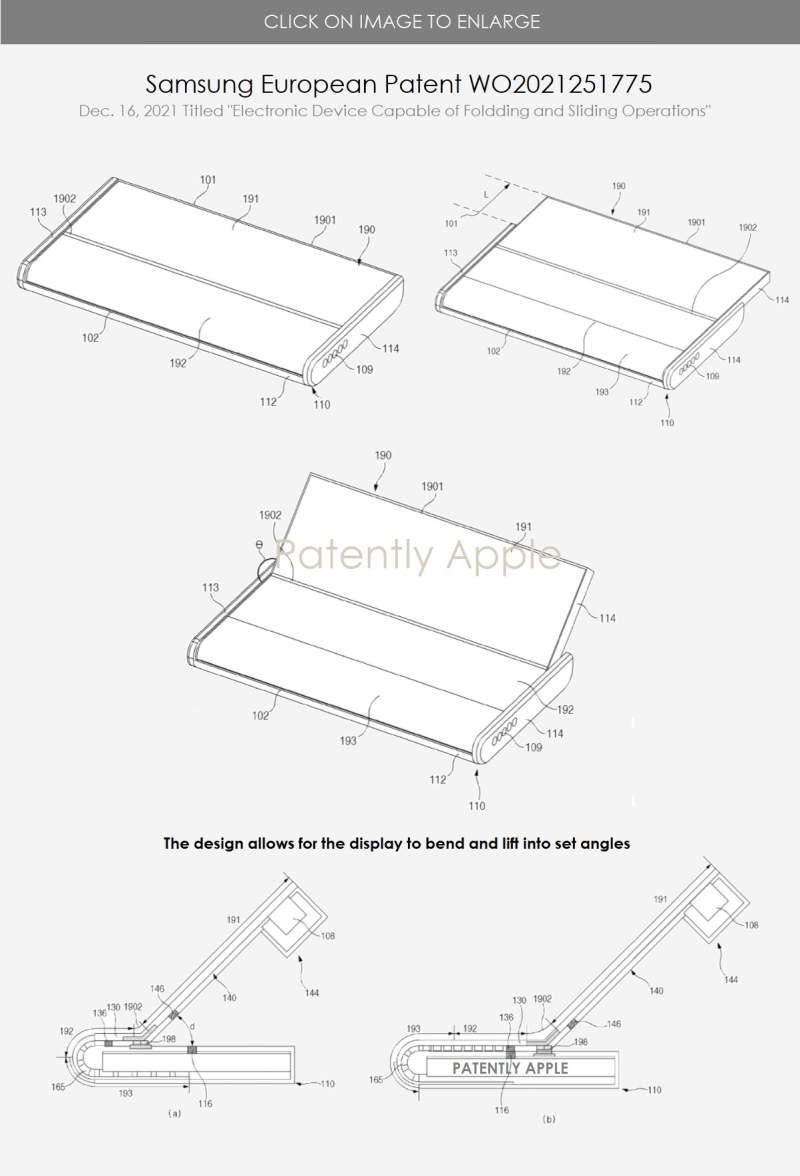 While the patent is published in Korean, the source Patentscope does provide a translation feature for many languages to assist you.

This week Dell presented some new concepts that they're working on. The first is a new kind of webcam that could sit at the top of a desktop display but could also uniquely be moved to eye level or anywhere else on the display directly via a magnetics system. Read the Ars Technica report for more details. 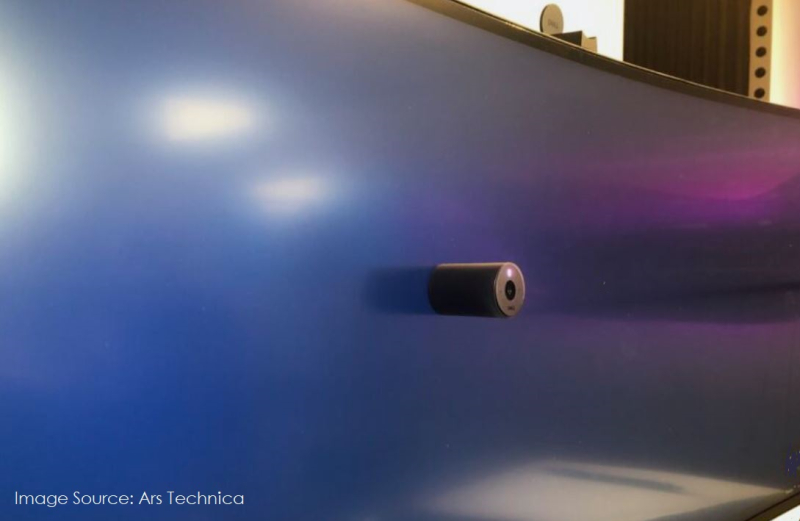 On a grander scale, Dell introduced "Concept Luna: A vision for Sustainable PC Design" as presented in their video below. A proof-of-concept developed in collaboration with Intel, Concept Luna explores revolutionary design ideas to make components immediately accessible, replaceable and reusable—reducing resource use and keeping even more circular materials in the economy. It was created to test what could be possible, not to be manufactured and sold. But if all the design ideas in Concept Luna were realized, we could expect to see an estimated 50% reduction in overall product carbon footprint.

Google tried a similar concept with Project Ara that was aimed at modular smartphones. It was never able to get off the ground, even though their engineers keep on patenting the concept. Whether either project will ever successfully make it to market is unknown at this time, but they're both kind of  "Right to Repair" device concepts that could tap into a large global market someday.  You could read more about Concept Luna from Dell and Intel here.