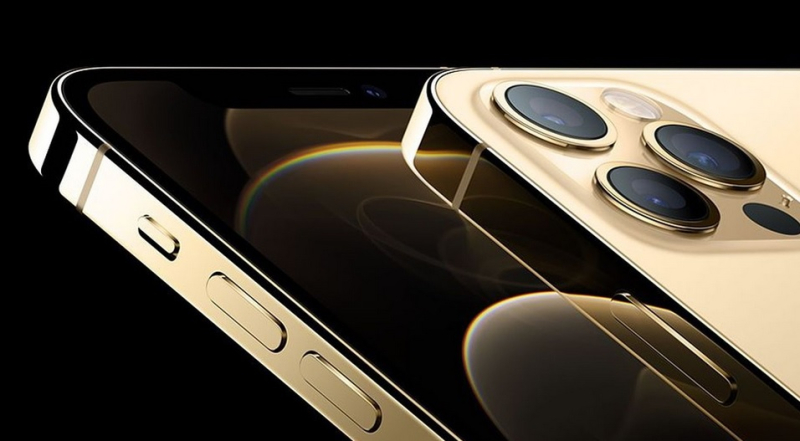 Back in October 2020, TechCrunch reviewed the iPhone 12 Pro. In one segment of the review, Mr. Panzarino stated: "Most of the iPhone 12 Pro finishes still use a physical vapor deposition process for edge coating. But the new gold uses a special high-power, impulse magnetron sputtering (HiPIMS) process that lays down the coating in a super dense pattern, allowing it to be tough and super bright with a molecular structure that mimics the stainless-steel underneath — making it more durable than "standard" PVD. One side effect is that this type of coating is easier to wipe clean and takes on less fingerprints, something that my blue model was definitely prone to."

Last week the US Patent & Trademark Office published a patent application from Apple that relates to gold process used on the iPhone 12 pro.  The patent does indeed make reference to fingerprints this way: "During use of a device by a user, the presence of the fluoropolymer of layer may help to reduce fingerprint visibility."

Yet there's no reference in the patent relating to the use of a "high-power, impulse magnetron sputtering (HiPIMS) process."

Whether Apple will use the gold-containing coating in the future or if they used a similar process on other colored metals for iPhone 13 is unknown at time. However, the patent does reference that this process may be used with future products such as: an iMac (desktop), iPad (tablet), HomePod (a voice-control speaker), Apple Watch (wristwatch), a television, Head-Mounted device, accessories or embedded systems for a vehicle or the home.

For engineers wanting to check out the finer details behind Apple's coating process can review patent application 20210400830 titled "Electronic Devices With Corrosion-Resistant Colored Metal Structures," here. A part of Apple's patent application has been fulfilled with its use with the 2020 gold finished iPhone 12 Pro.