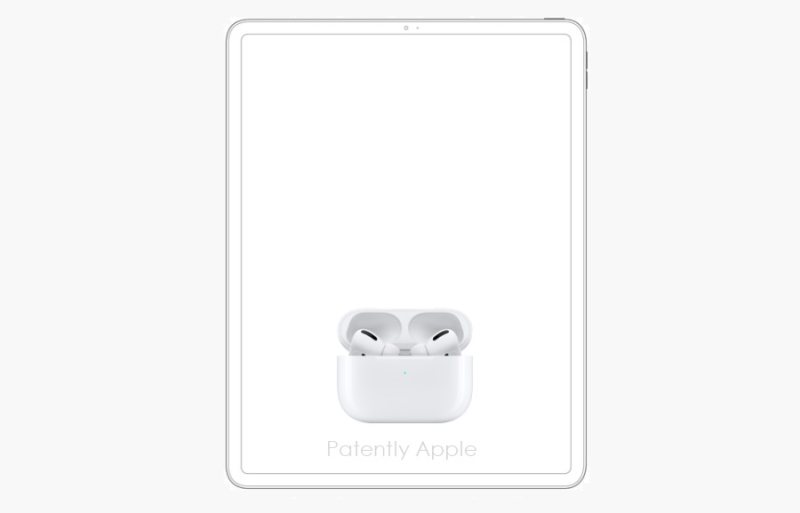 Patently Apple's first patent report for reverse charging devices was posted back in 2016 titled "A New Apple Invention Covers Inductive Charging Between iOS Devices & even a MacBook." Below are four of the original patent figures. Apple's patent FIGS. 7A and 17 illustrate how multiple inductive charging coils can be placed under the frame of a MacBook that could accommodate charging of multiple devices at one time. A few other related patents that we've covered on this technology could be found here: 01, 02, 03. Then in late November, Mark Gurman reported that Apple was continuing to work on a next-gen charging pad and reverse charging.

Today the US Patent & Trademark Office published a patent application from Apple that relates to reverse charging, but this time, Apple has worked on providing the ability for users to wireless charge a device like AirPods through the display of an iPad or iPhone.

It's not as ambitious as Apple's previous patent about a MacBook charging multiple devices including an iPhone. It's limited to "accessories" that Apple describes as Apple Watch, AirPods and Apple Pencil (for now).

A tablet computer (iPad) may be configured to provide charging of a stylus through a display glass of the iPad as presented in patent FIG. 1 below. The iPad can include an enclosure defined by the top glass, a perimeter frame, and a back, with the enclosure containing components of the iPad.

The components may include a wireless accessory charging assembly including a core disposed below the top glass and one or more windings disposed on the core and configured to generate a magnetic flux above the top glass, thereby providing power wirelessly to the stylus when the stylus is placed at a predetermined location on the display face. 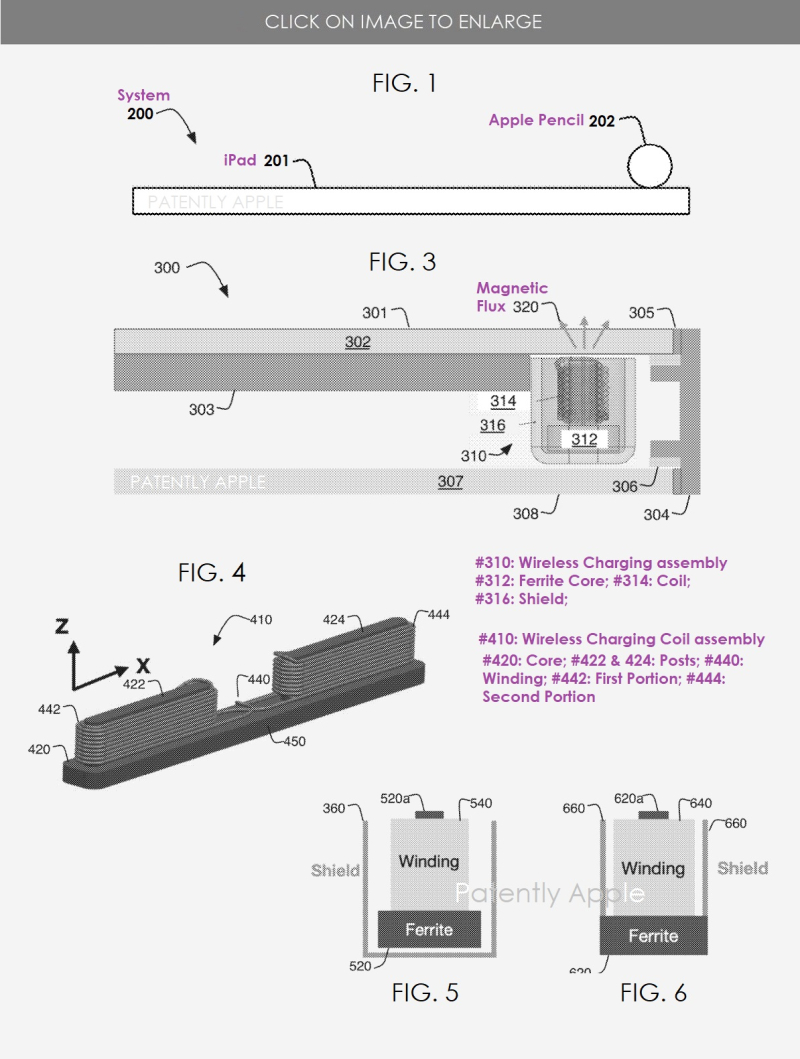 The iPad may further include one or more locating assemblies, such as magnets, configured to secure the stylus in the predetermined location.