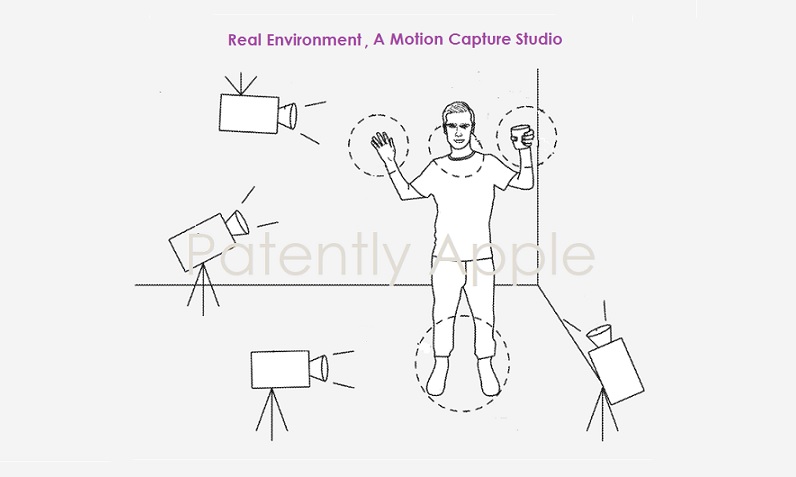 Back in 2015 Patently Apple reported on a rumor that Apple had quietly acquired a real-time motion-capture company by the name of 'Faceshift.' The technology was likely later used to create Animoji and Memoji. Then in 2019, Apple acquired IKinema, an amazing company that produced technology that mimicked full body avatar movements and detailed facial expressions. Below is a 12-minute TED Talk video about their technology in action. It's amazing stuff.

This past summer Apple was granted patent 11,062,476 that was driven by two engineers from Apple's acquisition of Metaio. In that patent's background they stated that "head-mountable devices (HMDs) present immersive CGR experiences to a user of the HMD. Some CGR experiences require knowing a body pose of the user. For example, some CGR experiences present an avatar of the user that mimics the behavior of the user. If the user moves a portion of their body, the avatar moves the corresponding portion." This is totally inline with IKinema's technology.

Where the patent gets really interesting begins at patent FIG. 7A that describes filming a user (actor) on an animated movie set.

The poses of the portions of a user are used to determine a pose of a corresponding avatar character (e.g., see avatar 721 in FIG. 7C further below) in a CGR environment such as, for example, an animated movie set. 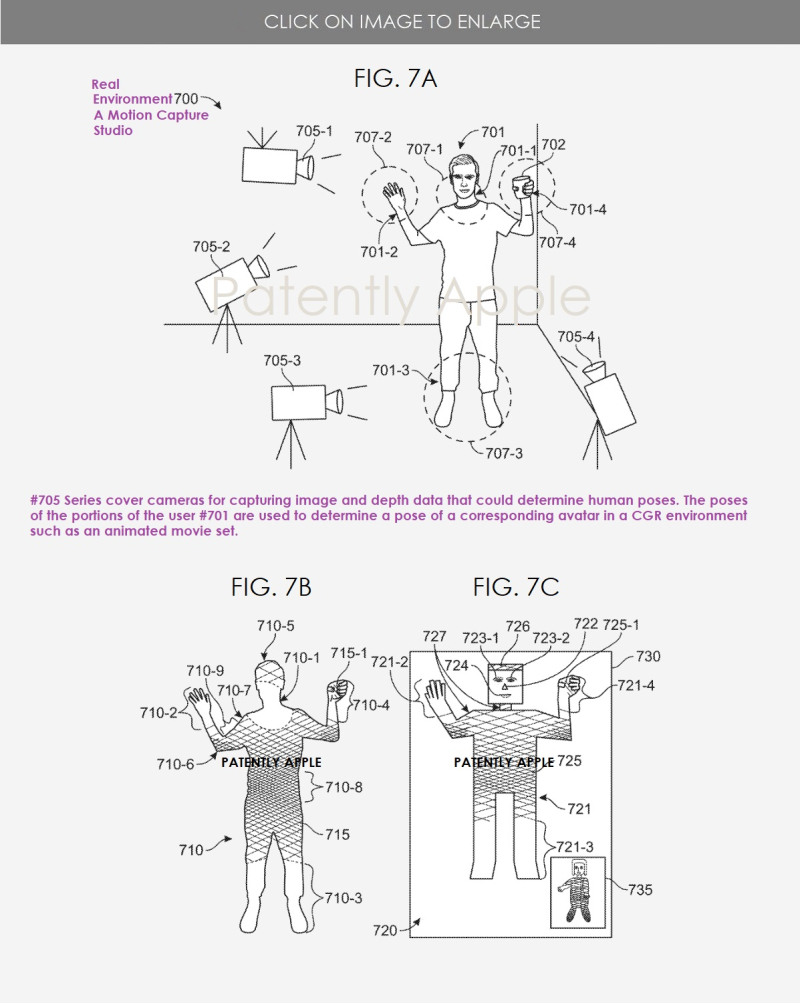 A certainty map is a template of a human body that represents basic human features such as a head, neck, shoulders, torso, arms, hands, legs, and feet.

Apple's patent FIG. 10A depicts an example in which a user is represented in a CGR environment as virtual avatar characters that have an appearance based on different appearance templates. 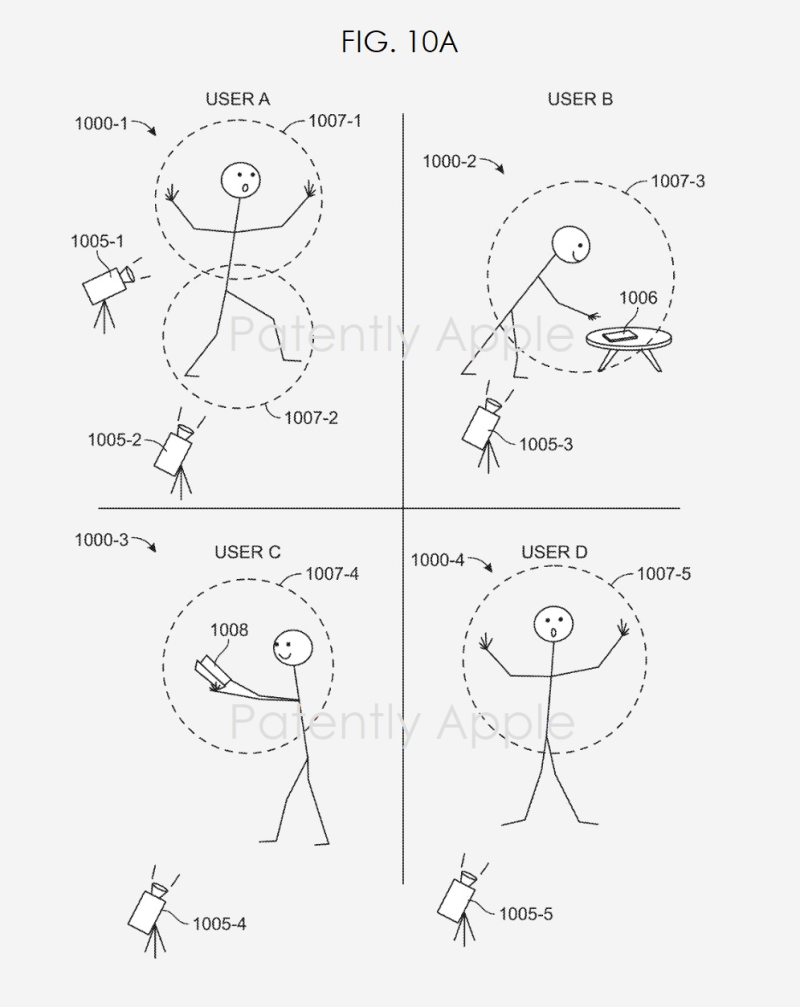 Apple's patent FIG. 12 below is a flowchart of an exemplary method (#1200) for presenting avatar characters that have an appearance based on different appearance templates. 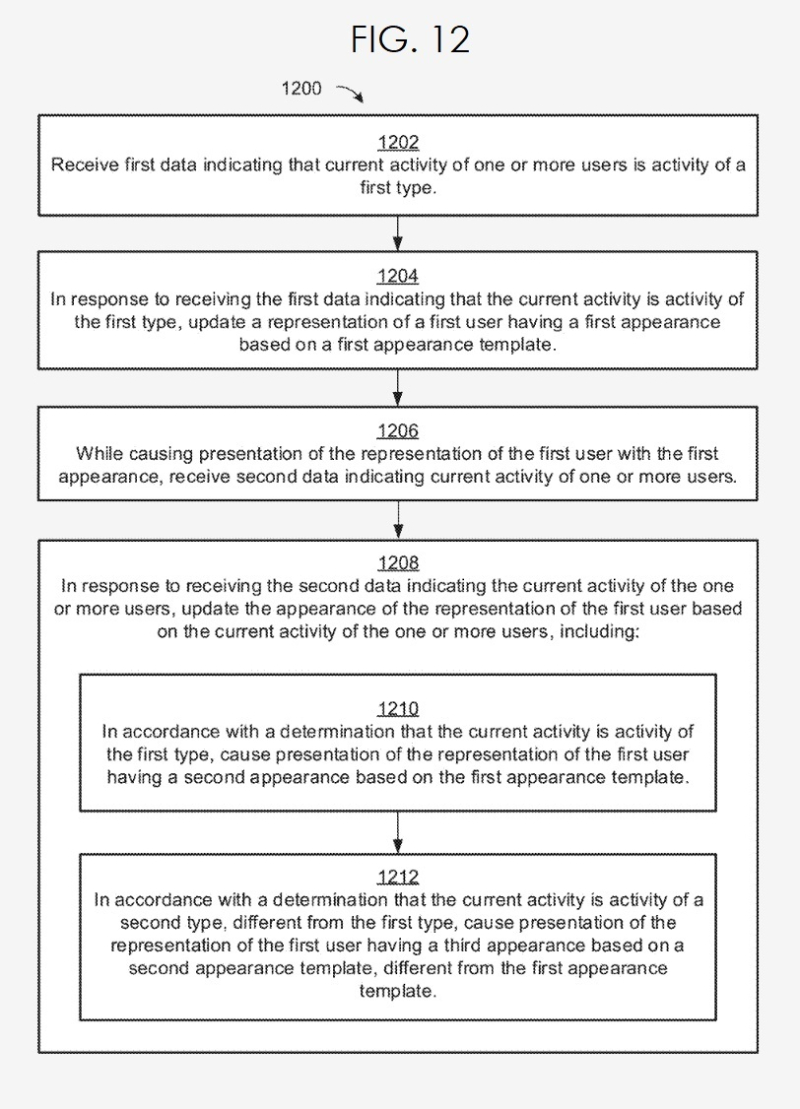 The method (#1200) could be performed on an iPhone, iPad, MR Headset that is communication with a display generation component. In some embodiments the method could apply to a visual output device, a 3D display, a transparent display, a projector, a heads-up display, a display controller or touchscreen.

Apple further notes that a template of an animated character could be that of a human, a cartoon character or an anthropomorphic construct of a non-human character such as a dog, a robot, etc.

While it's very clear that Apple could use this technology for future Apple TV+ productions as outlined in this patent, just how it'll apply for Apple devices isn't exactly clear. Will future iPhones and iPads provide multiple TrueDepth Cameras? Will Apple sell specialty standalone depth cameras for an in-home studio? While only time will tell, it's a fascinating patent overall that will one day make it to market.

To review the depths of this invention, review Apple's patent application number 20210382544.

Nic Henderson: Apple Design Team (In Henderson's LinkedIn Profile he mentioned that the design team was featured in the recent Wallpaper article titled "Inside Apple Park: first look at the design team shaping the future of tech." 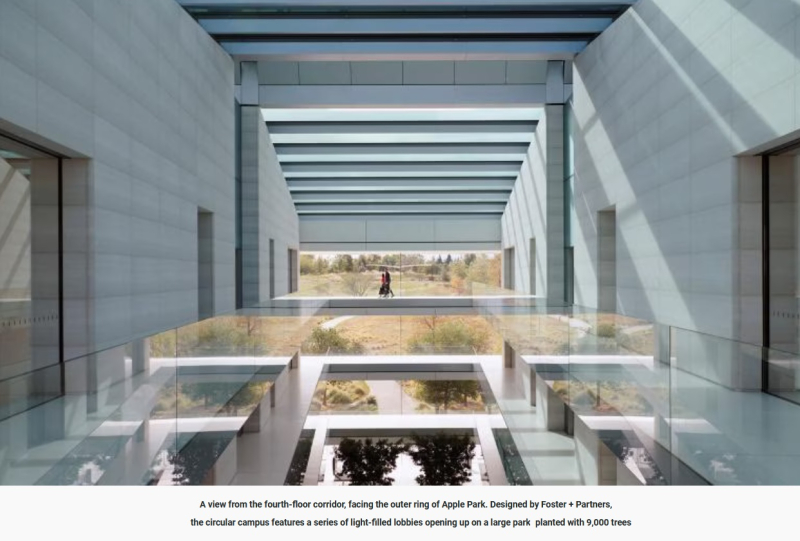 Gary Ian Butcher: No LinkedIn profile found. Butcher has been listed on many Apple patents over the years. Here are just two of them in 2021: 01: "Multi-dimensional Object Rearrangement," (for Apple Watch) and 02: "Breathing Sequence User Interface" (for Apple Watch).