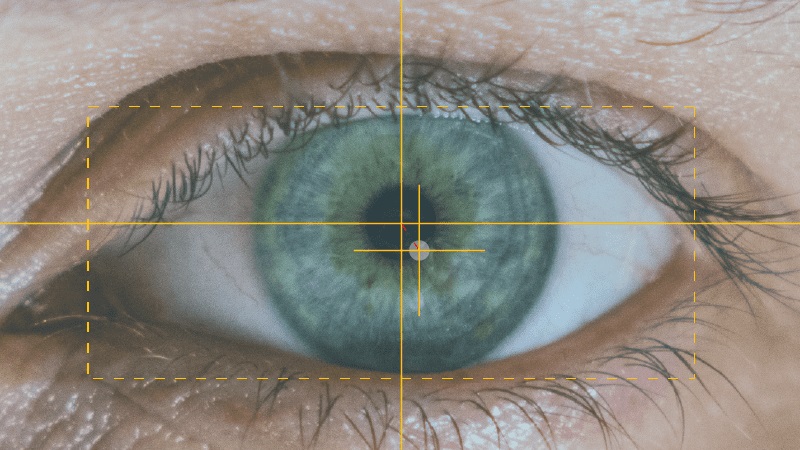 Last Thursday the US Patent & Trademark Office published a patent application from Apple that relates to assessing characteristics of pupils of eyes, and in particular, to systems, methods, and devices for assessing pupil characteristics using light reflected off the eyes to estimate the user's gaze direction using multiple glints to identify the user's eye shape, position, and orientation. In various implementations, pupil characteristic assessment is used to facilitate gaze tracking, which may be used to enable user interaction.

Patently Apple has covered a number of eye and gaze tracking patents (01, 02, 03, 04 & 05) and it's clear that this technology will play an important role in Apple's future mixed reality headsets. Apple fans will appreciate this technology once they're able to see it in action. For now, Apple's patent on this technology is very technical and likely to be more appreciated by developers and engineers in this field.

Apple notes in their patent filing that existing pupil detection techniques may use an image sensor and integrate light intensity level over an exposure period to produce greyscale images and then attempt to detect the pupil using the greyscale images. The pupil is detected based on greyscale contrast between the pupil region and the surrounding iris region and thus rely on there being significant contrast between the pupil and the iris. Such pupil detection techniques may not be as accurate or efficient especially in circumstances in which the contrast between pupil and iris is less significant. This is what Apple's invention sets out to remedy.

The light may be modulated or otherwise pulsed at a frequency and frequency segmentation may be used to distinguish reflections through the pupil off the retina from reflections of light from other light sources. In some implementations, the image sensor is a frame-based camera and the method subtracts one image from the next image along a sequence of images to identify light pulses that occur at the frequency in the images.

In some implementation, the image sensor is an event camera and the amount of time between events corresponding to light reflected off the retina and through the pupil is used to determine events that occur at the frequency.

An event camera may include or be referred to as a dynamic vision sensor (DVS), a silicon retina, an event-based camera, or a frame-less camera. Thus, the event camera generates (and transmits) data regarding changes in light intensity as opposed to a larger amount of data regarding absolute intensity at each light sensor. 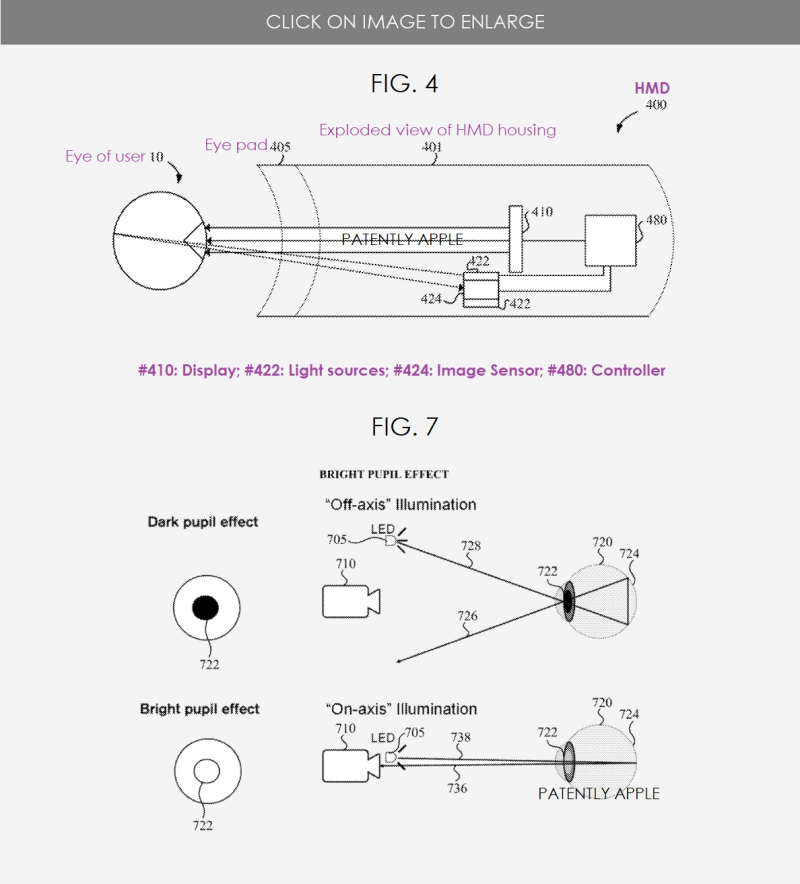 More specifically, the housing #401 of FIG. 4 also houses a pupil assessment system including one or more light sources #422, image sensor #424, and a controller #480. The one or more light sources emit light towards the eye of the user that reflects light (e.g., a directional beam) that can be detected by the sensor. Based on the reflections, the controller can determine pupil characteristics of the user.

As another example, the controller can determine a pupil center, a pupil size, gaze direction, or a point of regard. Thus, in various implementations, the light is emitted by the one or more light sources, reflects off the eye of the user, and is detected by the sensor. In various implementations, the light from the eye of the user is reflected off a hot mirror or passed through an eyepiece before reaching the sensor. 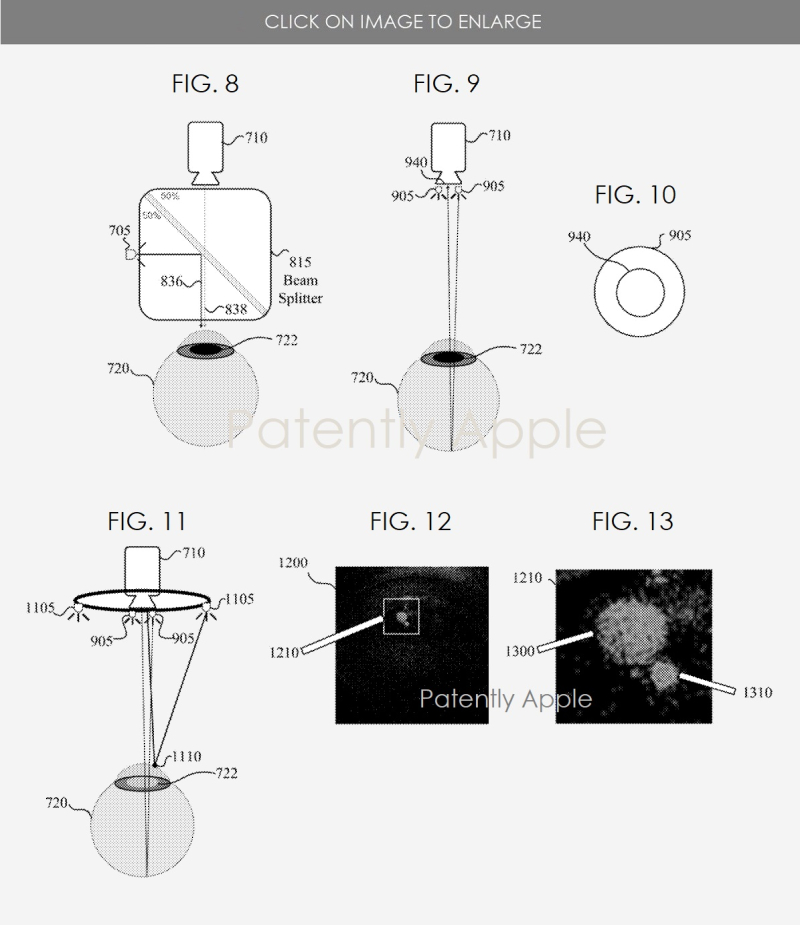 The patent lists Walter Nistico as the sole inventor of this patent. Nistico is the Engineering Manager – Deep Learning and Computer Vision at Apple. Nistico came to Apple 4.5 years ago with the acquisition of SMI SensoMotoric Instruments GmbH. Nistico's LinkedIn profile states that Designed and shipped 7 products redefining state-of-the-art in Eye Tracking, used by all major university, research institutions. Prior to joining Apple, Nistico also worked on VR and AR projects with Google, Qualcomm, Sony, Nvidia and Intel.