While Google lost its appeal over a €2.4 billion antitrust fine, the UK Supreme Court denied a class action by iPhone users against Google 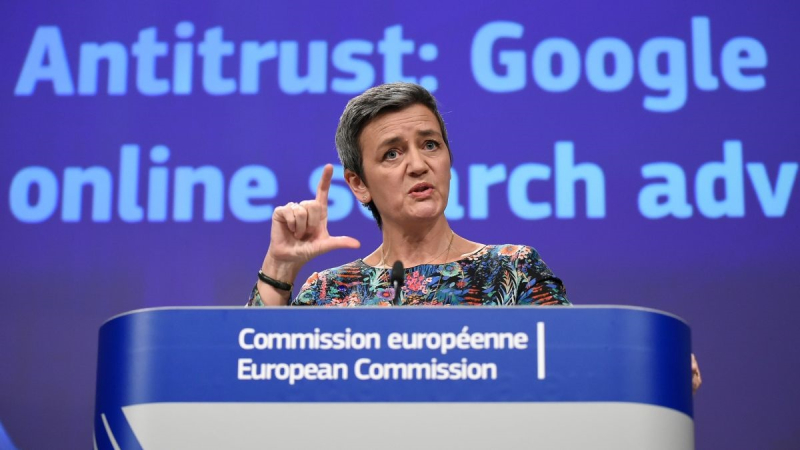 It's being reported today that Google lost its appeal of a 2.4 billion-euro ($2.8 billion) antitrust fine for allegedly thwarting smaller shopping search services, in the first of a trilogy of European Union court fights over cases that set the course for the EU’s campaign to rein in Silicon Valley.

The U.S. search giant breached competition rules and deserved the penalty doled out by the European Commission in 2017, the EU General Court in Luxembourg ruled on Wednesday. Judges backed the EU’s finding that Google shouldn’t favor its own service, an issue that’s triggered complaints against other tech giants.

A company’s actions to make its own services more prominent “involves a certain form of abnormality,” the court said. “A general search engine is infrastructure,” it said, countering a view that Google is free to act as it wishes on its own website.

Google will review the ruling closely, it said in an emailed statement. It insisted it has complied fully with the EU order since 2017.

“Our approach has worked successfully for more than three years, generating billions of clicks for more than 700 comparison shopping services,” it said.

While the regulator was largely vindicated in the ruling, judges found that the commission had failed to prove that Google had harmed the market for general search, striking out the EU’s finding of a breach. That leaves the decision solely targeting the shopping-search service.

Wednesday’s ruling bolsters the EU’s crusade against the powers of tech giants that’s encouraged other global antitrust regulators, including the U.S. Specifically, draft EU rules in the works may also curb firms favoring their own services.

The result could also sway Amazon.com Inc., Apple Inc. and Meta Platforms Inc.’s Facebook to rethink how hard they fight the EU in current investigations. For more, read the full Bloomberg report on MSN.

Google won its bid to dismiss a data privacy lawsuit filed on behalf of millions of iPhone users, after the U.K.’s top court said the tech giant couldn’t be served with a class action suit.

Judge George Leggatt said in his ruling that "In order to recover compensation for any given individual, it would be necessary to show both that Google made some unlawful use of personal data relating to that individual and that individual suffered some damage as a result." For more on this read the full Bloomberg report on BNN Bloomberg.