Home Archives Contact Us Subscribe Twitter Facebook Patently Mobile
On Veterans Day, Apple honors and celebrates American Veterans
Apple Supplier Foxconn reported today that Revenue for Q4 2021 could fall up to 15% while the global chip shortage could run into H2 2022 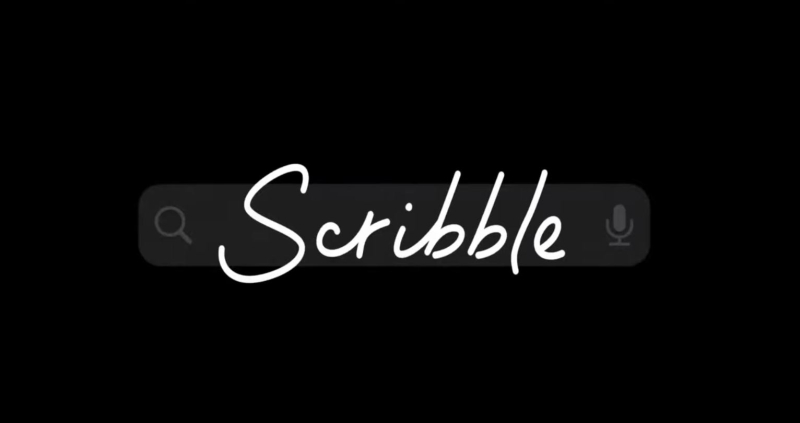 At Apple's WWDC-20, they introduced "Scribble" for Apple Pencil which was one small step for man, one giant leap for mankind. Okay, so it wasn't that big, but it was a huge leap for Apple Pencil fans with features that they've wanted to have for a long time. Below is a recap of the introduction of this new feature by Jenny Chen, Engineer, Apple Pencil Software.

As we continually remind fans, every new piece of hardware, new software feature or service that Apple introduces to market has either been patented or is the process of being patent – (patent-pending) to back up their products and services legally. In this case, the Scribble feature for Apple Pencil came to market well before the patents were made public.

The latter patent alone has 176 pages of patent figures, many with two per page and so there's no way that this could be sufficiently covered in a patent report. Over and above the patent figures are an additional 88 pages of accompanied text. Suffice to say that everything about Scribble is covered between these two patents and they may even provide a peek at some hidden features that may be coming to market in the future.

One of Scribble's future features, if I'm correct, is presented below in patent FIG.  10 from patent 20210350122. Here, users will be given a word "Search" option. As indicated in FIG. 10, the options for selected word #808 may also include search option #1008, such as an option to search (e.g., the current canvas or document, the device, or the Internet) for the selected word (e.g., the word "here" in FIG. 10). While you could put handwriting into Safari's search bar today, I don't believe that you could simply handwrite a line of text and then be able to highlight a single word to perform a search. 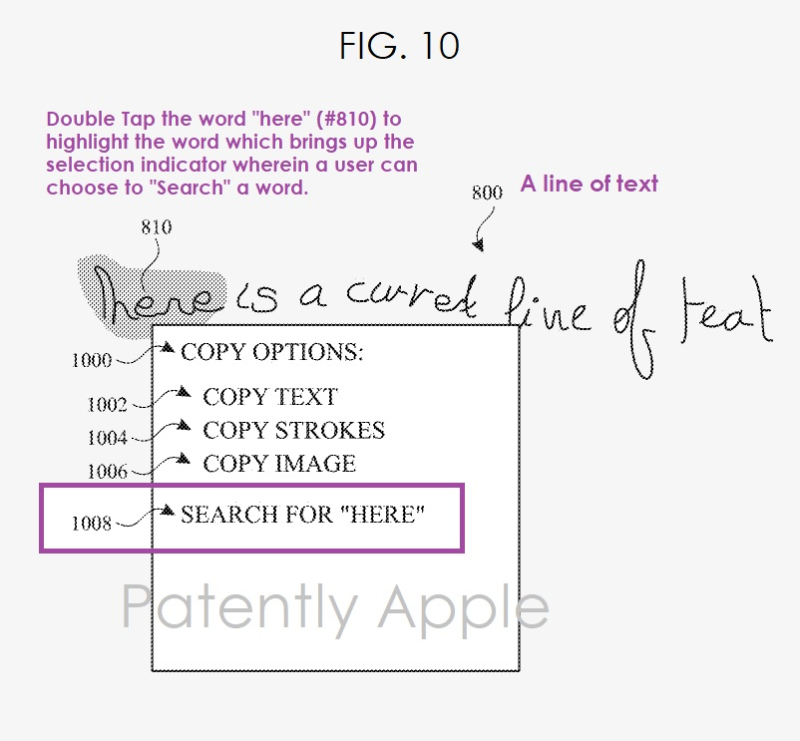 This single feature highlighted above may only be one of many that curious developers and sleuths may be able to discover, if you're a brave soul for detail.

Patent application 20210350122 titled "Stroke Based Control of Handwriting Input," could be explored here.

Patent application 20210349606, titled "Interacting with Handwriting content on an electronic device," could be explored here, or you could leap right to the 176 pages of patent figures here. Just be a little patient as it'll take a moment to load that many images.