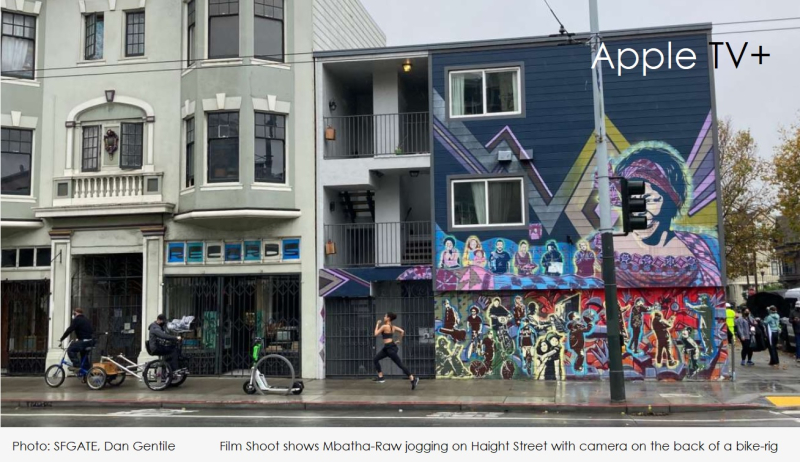 It's being reported in San Francisco that one of Apple's TV shows is set to start filming certain scenes.  Although the show's code name is "Madeline," the cast member list of Gugu Mbatha-Raw, and oliver Jackson-Cohen confirms that the project being shot is really the psychological thriller series titled 'Surface' (01 and 02).

The SFGATE reports that "this week, residents of Lower Haight received notice that the show would be shooting in their neighborhood." The film crew began taking over several garages to store equipment for a scene that featured Mbatha-Raw jogging down Haight Street behind a camera mounted on the back of a bicycle, as shown in our cover Photo by Dan Gentile.

Yesterday, scenes were filmed at the Palace Hotel, and the shoot is slated to continue over the rest of the week at the Palace of Fine Arts and in Chinatown. Interior scenes were already filmed in Vancouver, which often serves as a stand-in for San Francisco on screen.