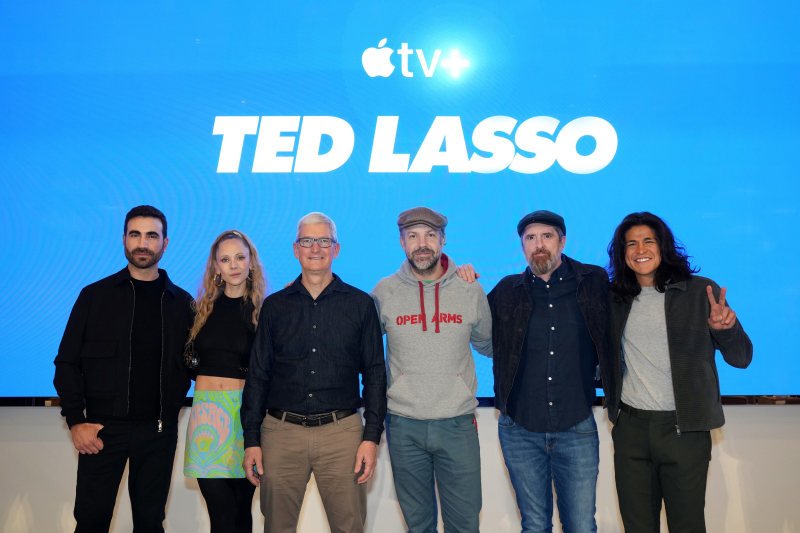 “Ted Lasso” seasons one and two are now available to stream on Apple TV+ on the Apple TV app. The series has already been renewed for a third season. For more, read Apple's full press release.

More images of the event could found on a YouTube video here.