Back in February Patently posted a report titled "Samsung wins a Design Patent for a Foldable Tablet Display that Industry Players like Dell, HP and others may use in new 2021-2022 Devices." 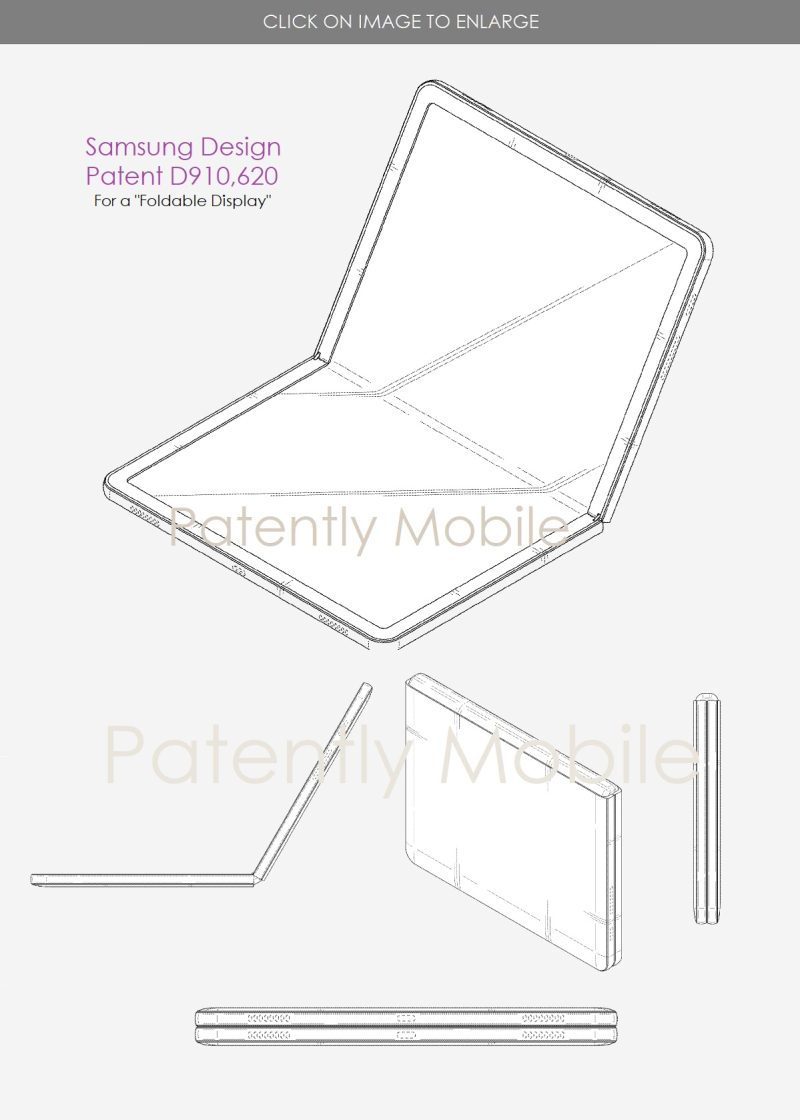 As part of Samsung's new OLED Display campaign, we get to see their upcoming foldable tablet display in their new promotional video presented below. The video begins with the young lady opening the new foldable tablet like a notebook where the keyboard area is an advanced gaming pad. Towards the end of the video, the notebook-like device folds back as a large tablet.

With Samsung Display now promoting their new large foldable tablet display, it only means that its time to market is likely a year or two out. The display will be supported by major Wintel OEMs that are backing the "Horseshoe Bend Project."

On November 16, Patently Apple posted an IP report titled "Apple wins patent for a Foldable Device that could present content in one large image or Split Screen & double as a Notebook-Like Device." We've covered two other foldable iPad patents over the last year (01 and 02).

Unlike major Wintel players that want to take on Apple's stranglehold on the tablet market, Apple has never wanted to create a hybrid iPad-MacBook product in fear of cutting into their iPad sales. While Microsoft's original Surface Book with removable display as a tablet was popular, it never rose to the level of challenging Apple's iPad. However, with a major push by all major Wintel players with Samsung's new foldable tablet display, the tablet landscape could change significantly, forcing Apple's hand to participate in this new tablet category or risk market damage. This could be interesting to see play out, so stay tuned.

Samsung Display's push into the Phablet market back in 2011 went on to change the smartphone market forever and their foldable tablet has a very good chance of changing the tablet market significantly over the next decade.