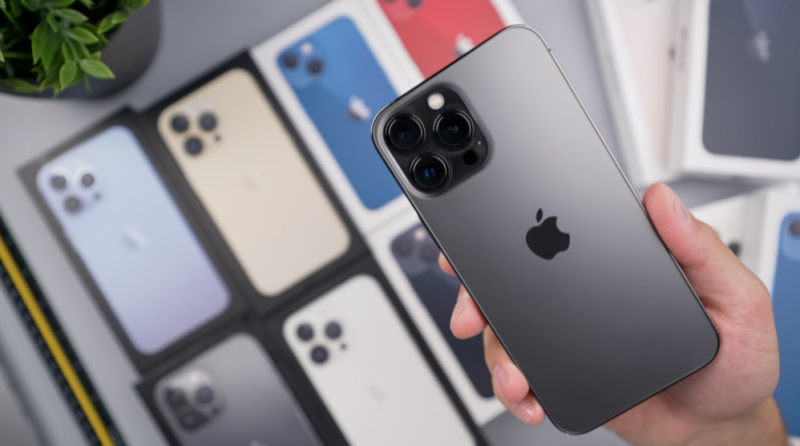 A new analytical report published this morning states that the US smartphone market grew 1% Year-over-Year (YoY) in Q3 2021. Despite the ongoing global component shortages, OEMs such as Apple, Samsung and Motorola were able to secure enough supply to grow their shares and continue the US market recovery.

More specifically, Apple and Samsung continued to lead in Q3 2021, accounting for 77% of total shipments. Both saw strong YoY growth at 9% and 18% respectively. Despite shortages, Apple’s iPhone 13, which was launched late in the quarter, contributed to 17% of the OEM’s total sales in Q3. Counterpoint expects to see continued strength in iPhone 13 sales as we enter the holiday quarter.

Samsung was also able to have a successful launch of its latest foldable devices and has had success in pushing its most affordable 5G smartphone, the Samsung A32 5G, through carriers such as T-Mobile and Metro by T-Mobile.” For details on the other smartphone vendors, read the full Counterpoint report. 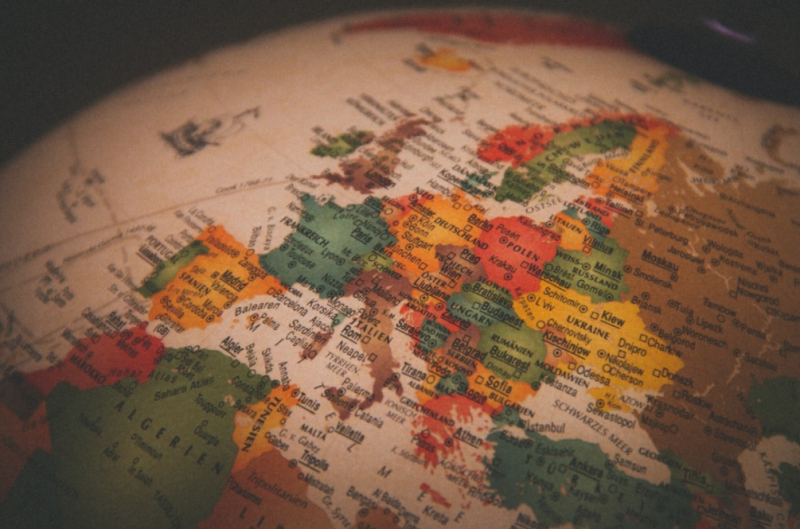 In a secondary report posted by Counterpoint today, they noted that Europe's smartphone market declined 1% YoY in Q3-21. Research Associate Director Jan Stryjak said, "Xiaomi, Apple and OPPO have gained significant share over the last year. Apple, meanwhile, was boosted by the launch of the iPhone 13 towards the end of the quarter.

The end of the quarter was a mixed bag for Xiaomi and Apple. Xiaomi took a big hit in September 2021 due to some significant component constraints. The iPhone 13 launch was a big success for Apple. Despite going on sale towards the end of September, the iPhone 13 appeared to be more popular than last year’s iPhone 12. 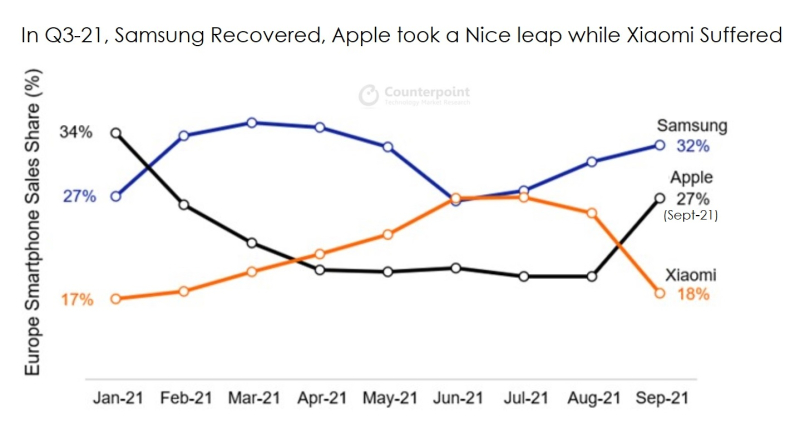