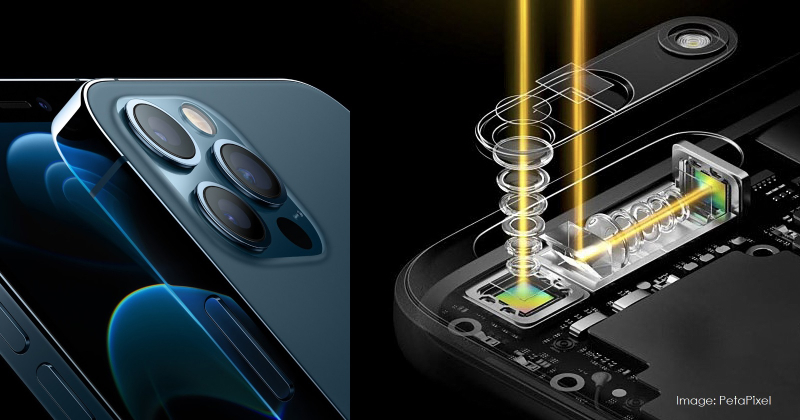 The U.S. Patent and Trademark Office officially published a series of 56 newly granted patents for Apple Inc. today. In this particular report we briefly cover yet another zoom camera related invention using a folded lens or periscope lens. Apple is behind many smartphone makers offering powerful zoom cameras and clearly Apple is working to bring this to future iPhones. Apple was also granted a patent that could allow Face ID to open their iPhones when wearing a COVID-19 mask on. Apple was also granted patent for using sign language in a video conference. And as always, we wrap up this week's granted patent report with our traditional listing of the remaining granted patents that were issued to Apple today.

Apple's patent FIG. 9 below is a cross-sectional illustration of a compact camera including an example embodiment of a compact folded lens system with three lens elements and a light folding element. 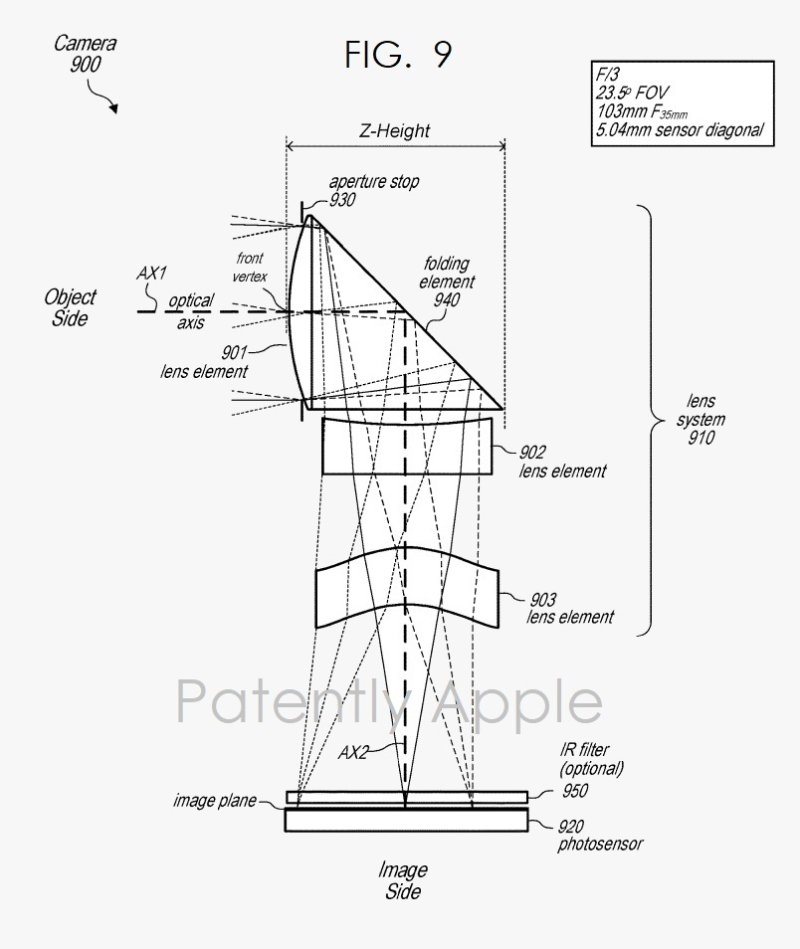 Apple notes in their granted patent that for authentication using facial recognition, there are occasionally times where all or some of the user's faces is occluded in the image. For example, the user's face may be occluded by a mask, a scarf, the user's hand, or another object. Obviously, this relates to Apple's work-around for user's wearing a COVID-19 mask (and beyond).

Apple's patent FIG. 7 below depicts a representation of an embodiment of a process for cropping full face training images for use in a partial face training process. 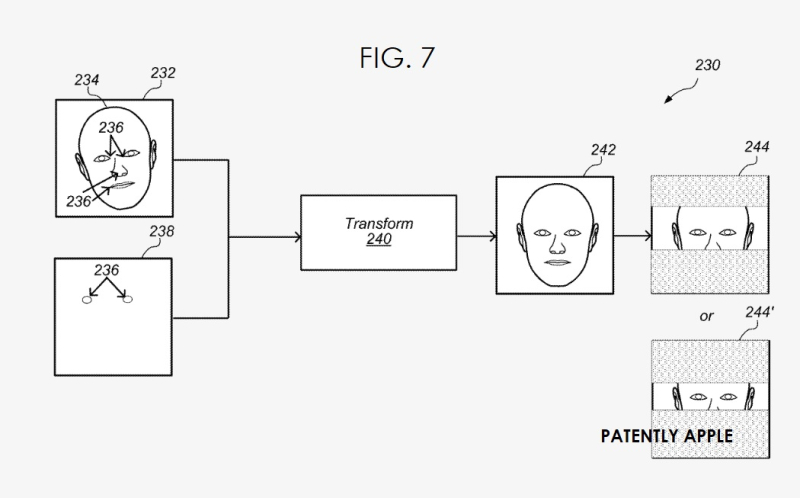 Gesture and Prominence in Video Conferencing 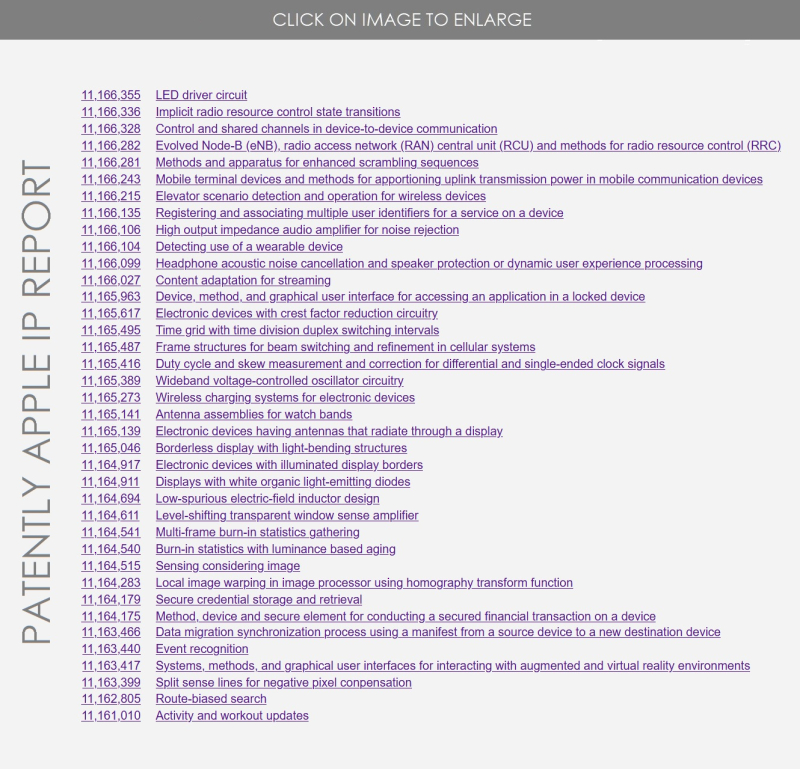