Home Archives Contact Us Subscribe Twitter MeWe Facebook Patently Mobile
Apple has won a patent for an HMD with an Adjustable Mechanism that will provide users with a customized facial fit
Apple won a pair of Smart Fabric patents today that may one day apply to smart clothing, wearables, vehicle fabrics & more

Last Thursday, Patently Apple posted a report titled "Apple appears to be accelerating Project Titan and reportedly Aiming to develop a high-end autonomous vehicle." Until Apple's vehicle comes to market, they continue to be granted patents covering features that may be a part of the final design.  Today the U.S. Patent and Trademark Office officially granted Apple a pair of Project Titan – Electric Vehicle related patents. The first patent covers antireflection coating that includes a low emissivity layer to block heat. The second patent covers a suspension system.

Windows such as vehicle windows sometimes include laminated glass layers. Laminated glass may be used, for example, to provide strength to front windshields. It can be challenging, however, to incorporate desired features into vehicle windows without creating structures that are vulnerable to damage or that do not offer desired levels of performance.

Further, to protect an adjustable optical layer in a window, a thin glass layer may be used to cover a potentially fragile window layer such as an adjustable optical layer or other layer that includes polymer or other materials that can be physically and/or chemically damaged. The thin glass layer may be chemically strengthened and may be covered with one or more layers such as low emissivity ("low-e") coating layers and antireflection coating layers to enhance vehicle occupant comfort. 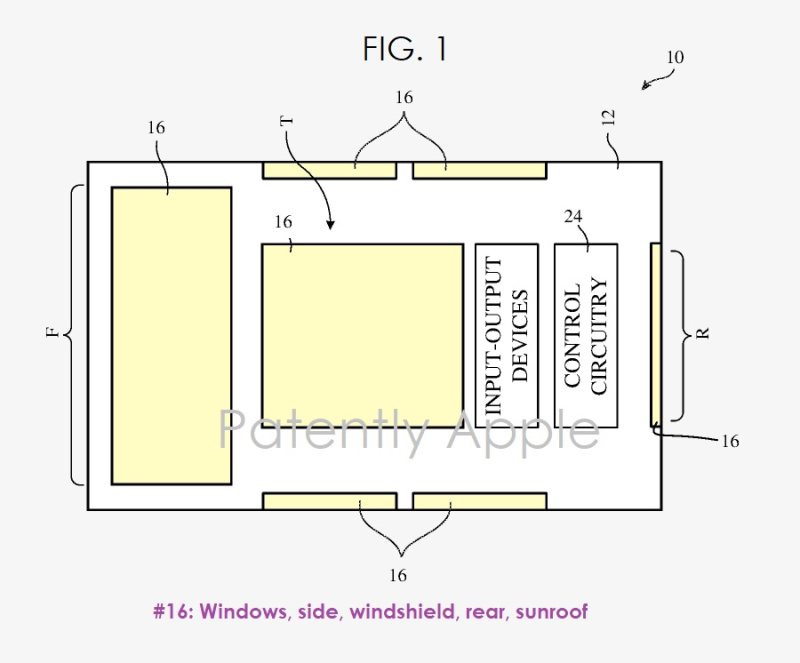 An illustrative system of the type that may include windows with protective thin glass layers is shown in FIG. 1 above. For more details, review Apple's granted patent 11,180,005. Apple has many other vehicle window related patents for Project Titan on record, and here are just a sampling of them: 01, 02, 03 & 04.

Apple's patent FIG. 4 below is a cross-section illustration showing an air spring, the lower control arm, and the vehicle structure with the air spring in an expanded position. 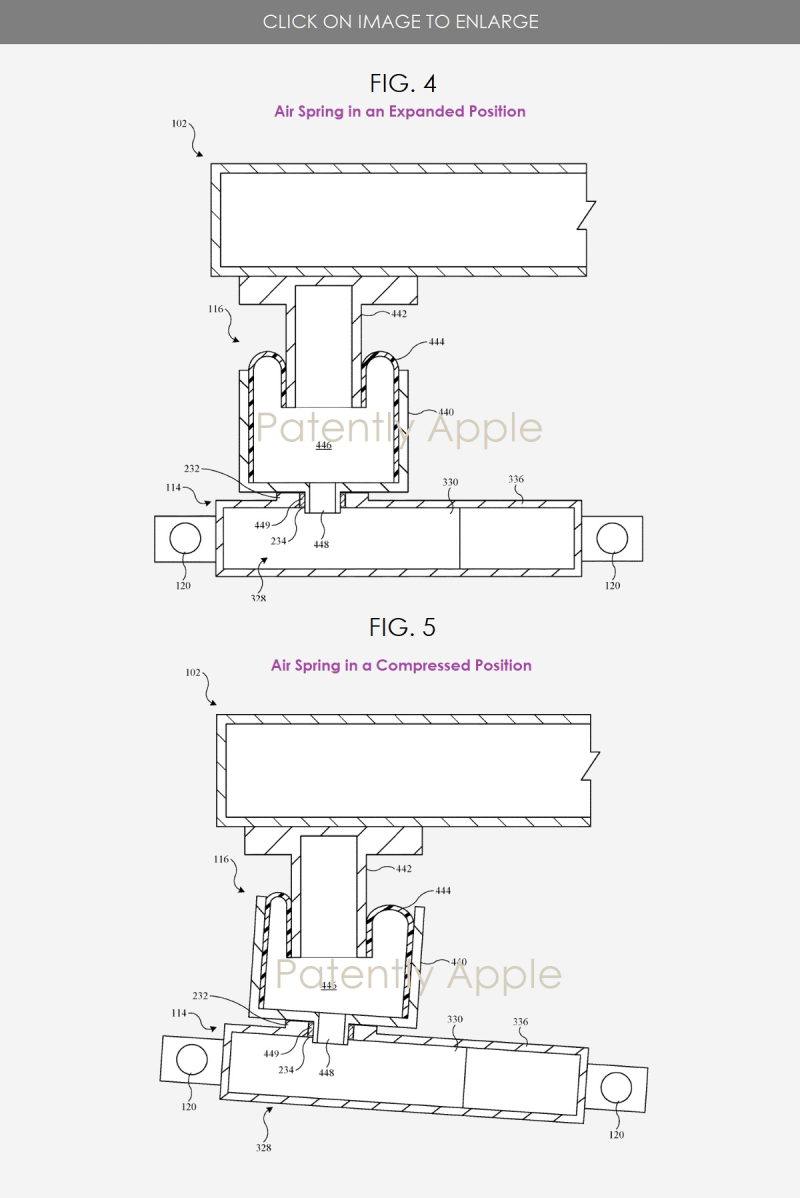 Apple's patent FIG. 5 above is a cross-section illustration showing the air spring, the lower control arm, and the vehicle structure with the air spring in a compressed position.