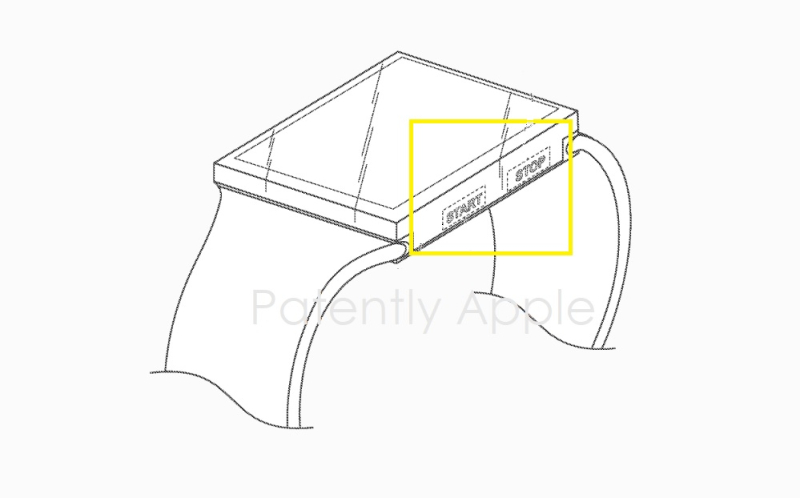 Yesterday Patently Apple posted a report titled "Apple wins Patent revealing possible future all-glass iPhone that allows Imagery on both Front & Backsides, plus an all-Glass Mac Pro Tower +." The patent also covered the possibility of a future all-glass Apple Watch." Today the US Patent & Trademark Office published a patent application from Apple that relates to a future Apple Watch possibly having housings that includes a glass shell that is defined by multiple sides of the device. The Watch will provide graphical outputs through the sidewall acting as controls and more. The Watch will also have a series of advanced biometric and health sensors.

Conventionally, glass has been used in such devices to provide a transparent window over a touchscreen on a front of the device. This patent goes further wherein the Apple Watch housing will use glass to define front surfaces as well as multiple side exterior surfaces of the housing.

For example, a housing of the future Apple Watch, may include a glass shell that resembles a five-sided box that fits onto (and is coupled to) a chassis or frame member. The glass shell may have a front glass wall that defines a front surface of the watch, as well as multiple side walls, each extending away from the front wall and each respective side wall defining at least part of a respective side surface of the housing.

Further, by forming the side walls of the watch entirely or substantially entirely out of glass, additional functional and aesthetic benefits are realized.

Apple's patent FIG. 1A below is an example of an Apple Watch with a glass housing. According to Apple, the shell #104 may be formed from glass, and may be referred to as a glass shell. Where the shell is formed from glass, it may be formed from any suitable glass, and may be strengthened, tempered, or processed in any other suitable way to provide a target strength, toughness, scratch resistance, appearance, or other property. 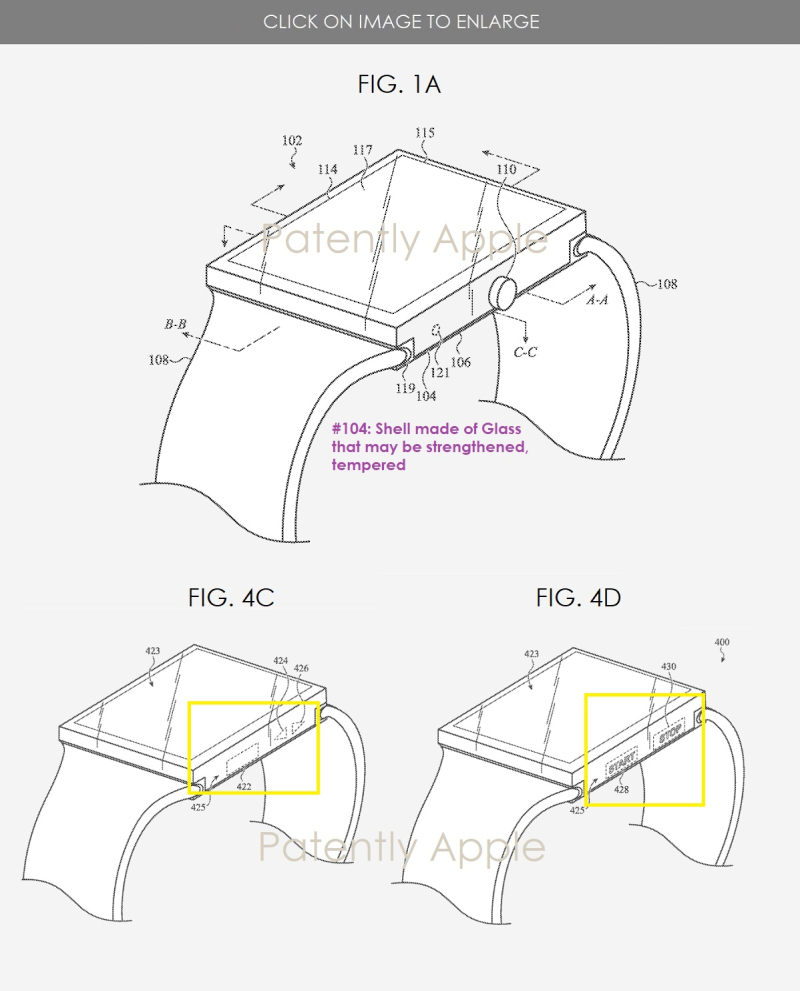 Apple's patent FIGS. 4C-4D above illustrate the watch #400 with graphical outputs displayed through a side wall by a side-facing portion of the display. Notably, the display can produce various types of graphical outputs on the sides of the device, and can dynamically change or vary the graphical outputs based on factors such as time of day, an active application of the watch, a current activity of the wearer (e.g., exercise, listening to music, watching video media, sleeping, working, running, swimming, etc.), or any other suitable factor.