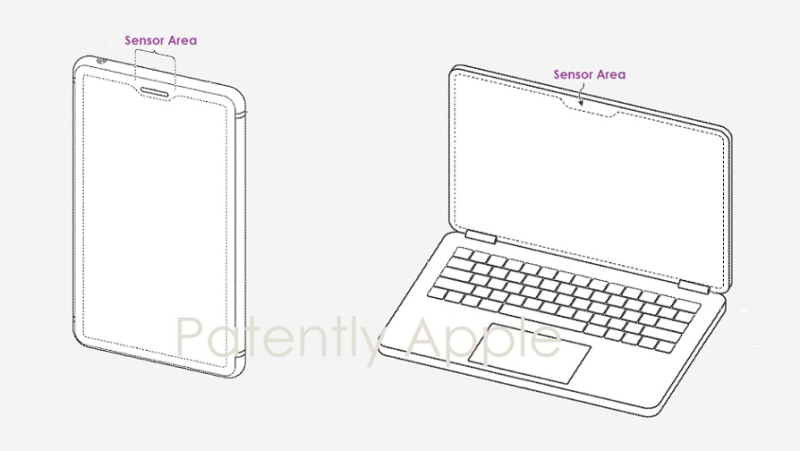 Today the US Patent & Trademark Office published a patent application from Apple that relates to devices like iPhones and MacBook Pro with a new glass ceramic region built into the camera region which can positively affect transmission of light to or from optical components within the enclosure such as for Face ID and LiDAR that could be used for AR and VR applications.

The electronic device enclosures include a glass ceramic region in the vicinity of an optical sensor or optical component, which may be specially adapted to enhance sensor performance and/or a visual appearance of the device.

Using a glass ceramic region will improve sensitivity of the biometric and health sensors.

As an additional example, the sensor area may include a sensor assembly that measures distance to a target, such as a LiDAR sensor assembly which is configured to illuminate an object with light and then determine the distance to the object from the reflected light (e.g., a time of flight (TOF) sensor). Such a sensor assembly may include a light emitting module (e.g., a laser) and a receiver module and may be used in combination with a camera module. A LIDAR sensor can provide a digital three-dimensional representation of the object, which can be used for multiple applications, including augmented reality (AR) and virtual reality (VR).

Apple patent FIGS. 1A and 10 represent an iPhone and MacBook Pro like the latest M1 Pro/Max model; FIG. 3A shows a top view of an electronic device comprising an enclosure having a glass ceramic region; FIG. 3C is a cross-section view of the electronic device of FIG. 3A which schematically shows operation of an emitter module and a receiver module. 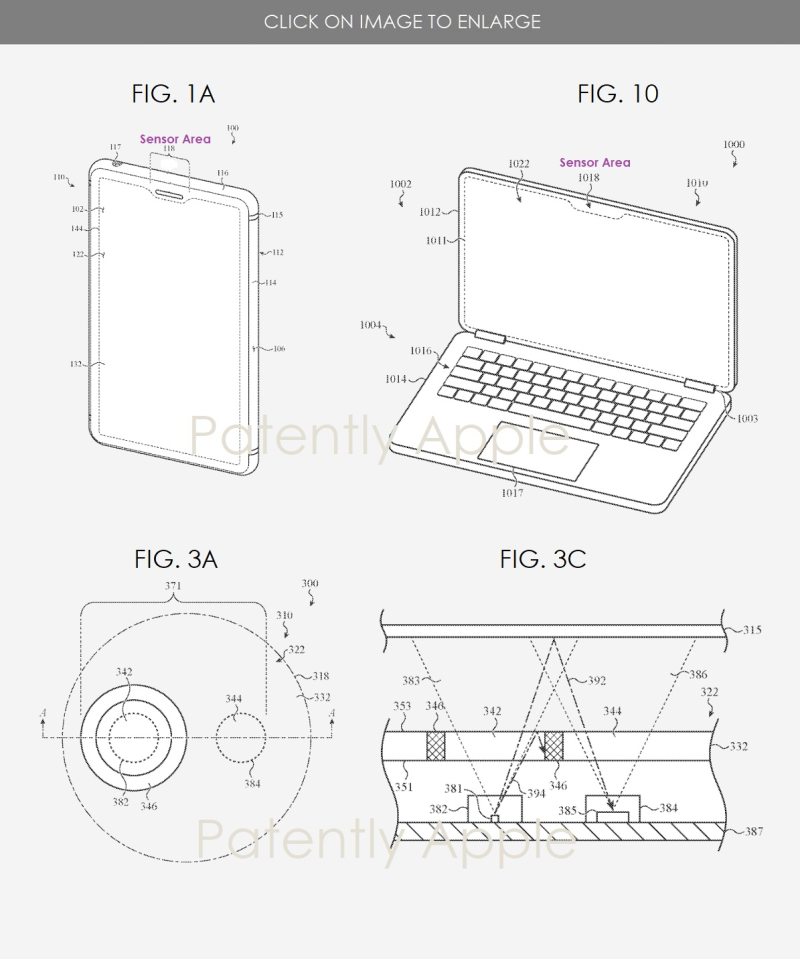 For more details, review Apple's patent application number 20210361233.  With patent figure 10 illustrating an M1 MacBook Pro-like device, it's unknown at this time if Apple has actually used ceramic glass in their new MacBooks. It's not an attribute that iFixit was able to detect in their teardown. So, whether this invention has been implemented on the new M1 MacBooks or not is unknown at this time.