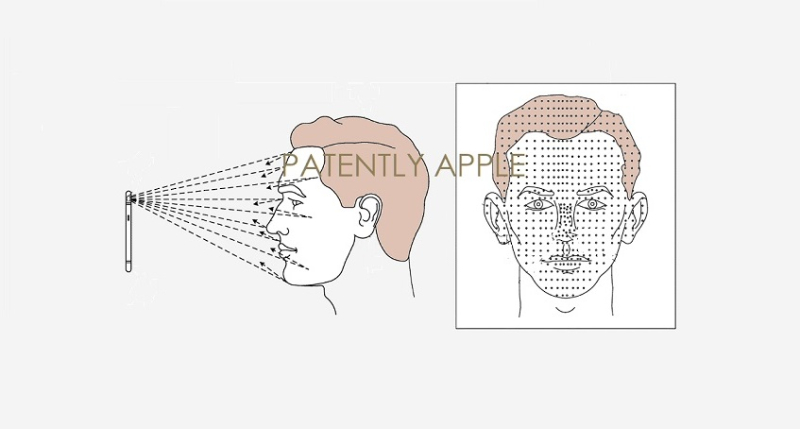 In January of this year Patently Apple posted a report titled "Apple refines the Foldable Projection System that's part of Face ID's camera System found within the iPhone Notch." Last Thursday, the US Patent & Trademark Office published another patent application from Apple that relates to optoelectronic devices, and particularly to sources of optical radiation. More specifically, Apple has invented an advancement for their TrueDepth camera that is used for Face ID and general 3D mapping for AR applications. This will improve the TrueDepth camera for future iDevices and headsets (AV/AR/MR) and smartglasses.

Apple notes that various sorts of portable computing devices such as smartphones, augmented reality (AR) devices, virtual reality (VR) devices and smart glasses, comprise compact sources of optical radiation. (The terms "optical rays," "optical radiation," and "light," as used in the present description and in the claims, refer generally to any and all of visible, infrared, and ultraviolet radiation.)

For example, one source may emit flood radiation, illuminating a target region with a broad and uniform illumination for the purpose of feature illumination and recognition.

Another source may, for example, project patterned radiation so as to illuminate the target region with a pattern of dots for three-dimensional (3D) mapping of the region. Effective heat dissipation is one of the major challenges in design of high-power optoelectronic emitters, such as vertical-cavity surface-emitting lasers (VCSELs). Such devices generate large amounts of heat in the emitter active regions, resulting in high emitter junction temperatures, which tend to reduce VCSEL efficiency and lead to a reduced optical power output at a given drive current, shift the emission wavelength, degrade the quality of the laser modes, and reduce operating lifetime and reliability.

The beams emitted by the array at the rear focal plane are projected by the element as collimated beams, thus projecting patterned radiation on a target region in a pattern corresponding to the layout of the emitters in the array. The beams emitted by the array that is displaced from the rear focal plane are defocused. In the disclosed embodiments, the monolithic arrays comprise arrays of vertical-cavity surface-emitting lasers (VCSELs), disposed on semiconductor substrates, such as a gallium-arsenide (GaAs) substrate; but alternatively, other types of emitters may be used.

The position of the defocused array is chosen depending on the desired degree of defocus. In some embodiments, the defocus is sufficient so that the projected beams create a broad and largely uniform field of flood illumination.

In an alternative embodiment, the defocus is chosen so that the beams projected from the defocused array also create patterned radiation. The apparatus thus projects two different patterns, with pattern elements (such as spots) whose sizes vary differently as a function of distance from the apparatus.

Positioning the two arrays precisely within the required range of distances from the optical element can be difficult. This difficulty is exacerbated by the need to sink away the substantial amount of heat that is generated by the emitters.

The invention further describes mounting the two monolithic arrays on the two platforms provides the required differential focal distances (distances from the optical element) for the two arrays. 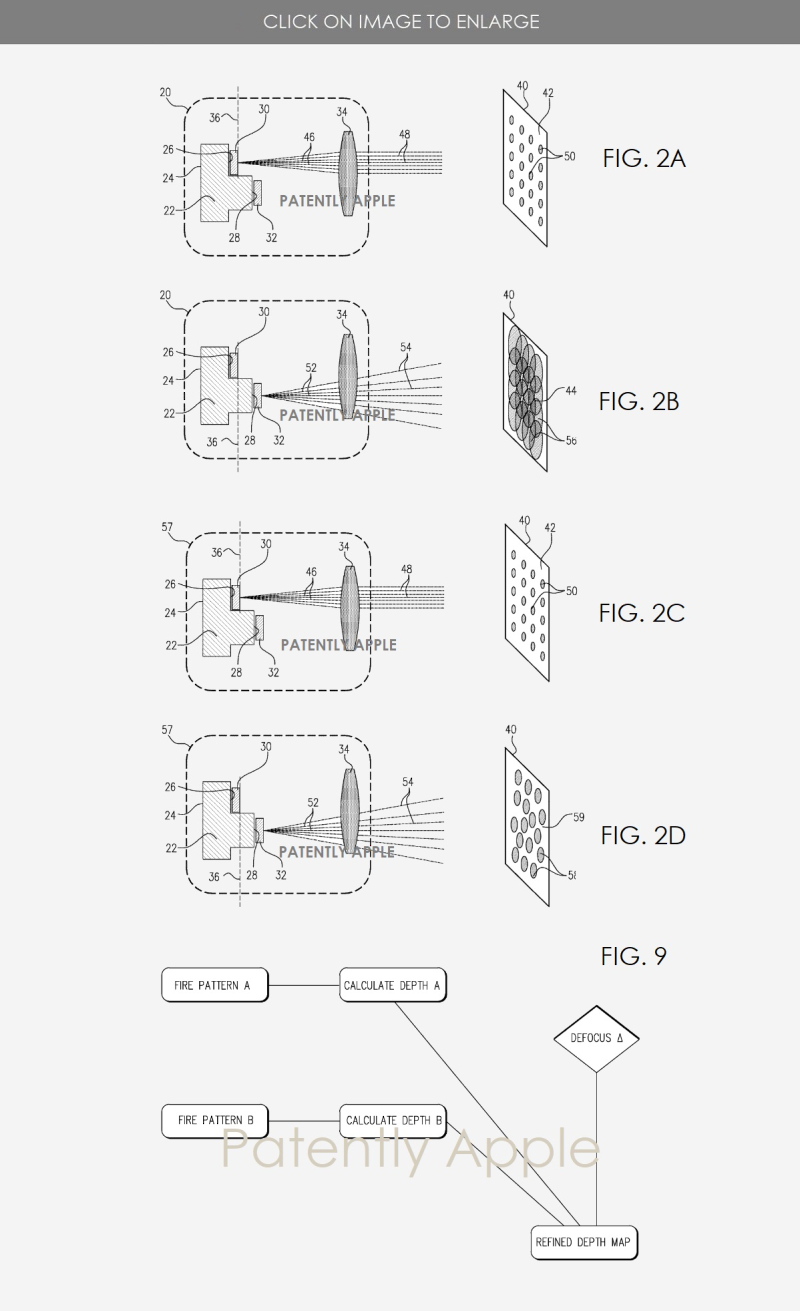 Apple's patent FIG. 9 above is a flow chart that schematically illustrates a method for depth mapping using patterned radiation of different focal qualities.

Apple's patent in January and last week illustrate that changes could be on the table for their TrueDepth camera system that is four years old this month. It first debuted with the 2017 iPhone X.

Considering that this is a patent application, the timing of such a device to market is unknown at this time.