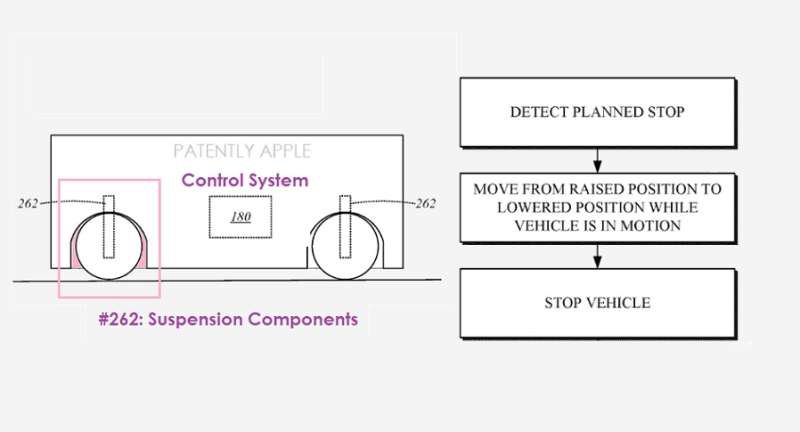 Late this morning a Bloomberg report claimed that Apple's Project Titan is now being accelerated with the goal of bringing a fully autonomous vehicle to market by around 2025. On Tuesday the U.S. Patent and Trademark Office officially granted Apple another Project Titan patent that relates to vehicles and, in particular, to a new suspension system. A system that lowers the body of the vehicle and then locks it in place when a driver or passenger is entering or exiting the vehicle. The suspension system will unlock and raise the vehicle as it begins to move forward.

Apple's granted patent is titled "Suspension system with locking structure." Apple's invention notes that "In an active suspension system that utilizes an actuator and a spring, certain control operations contemplate compressing the spring using the actuator for an extended period of time. One example of such an operation arises when lowering the vehicle using the actuator for the purpose of passenger ingress or egress (entering or exiting).

Disclosed in the granted patent are active suspension components that include locking structures that maintain compression of a spring while the actuator is no longer drawing power.

Apple's patent FIG. 1 below illustrates a block diagram that shows a vehicle #100 and functional subsystems thereof, including a suspension system #140. The suspension system #140 is an active suspension system that is configured to control generally vertical motion of the wheels with a linear actuator that can apply upward and downward force to introduce energy into and absorb energy from the wheels; FIG. 2 is a schematic view of the vehicle of FIG. 1. 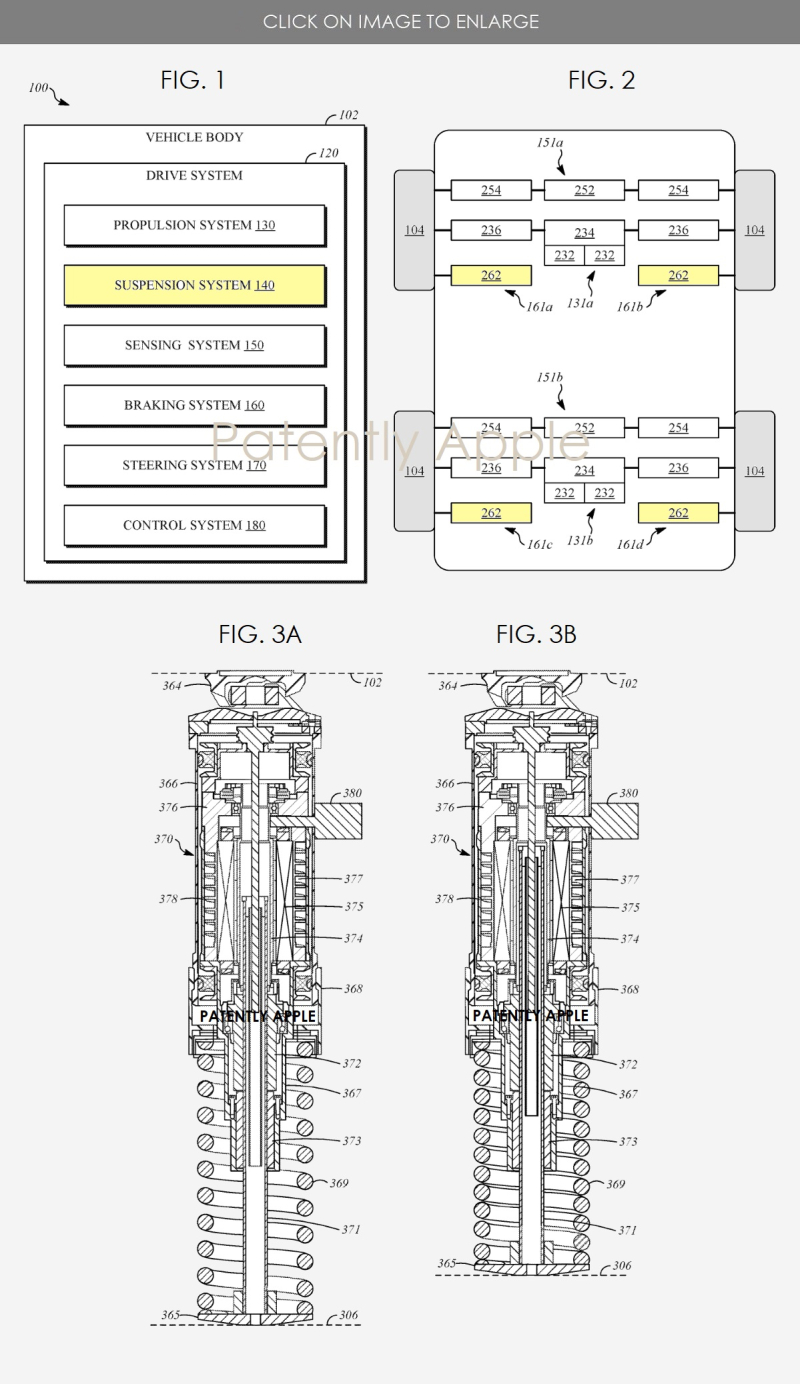 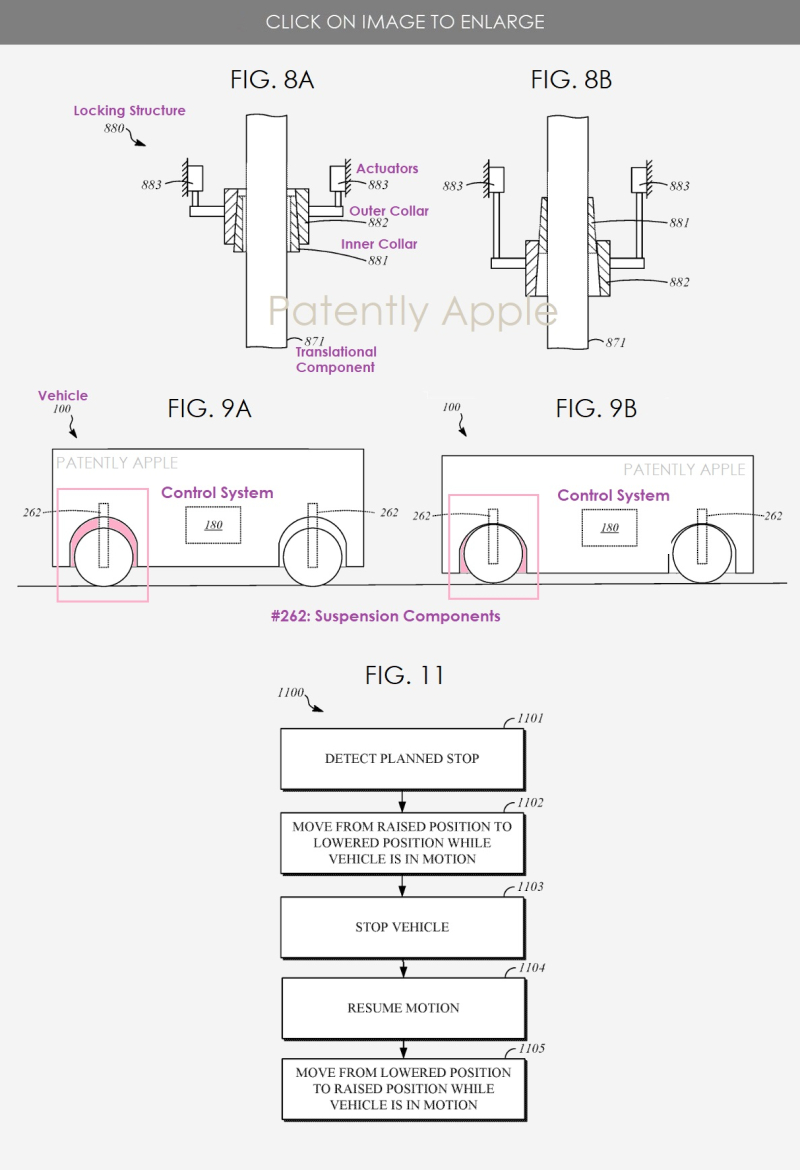 If you love all-things automotive, then you'll appreciate Apple's granted patent 11,173,766 that you could review in greater detail here.