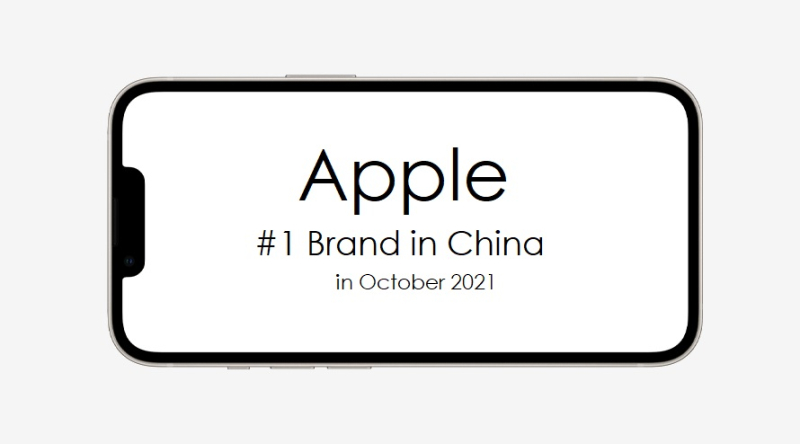 A new analytical report states that Apple had surpassed China's top brand vivo in October 2021 to become the largest smartphone OEM in China for the first time since December 2015.

According to Counterpoint Research analyst Varun Mishra, the dramatic rise in Apple's performance was driven by the iPhone 13 series. Apple’s sales grew 46% MoM, the highest among all major OEMs in the country.

In comparison, China’s smartphone market grew only 2% Month-over-Month (MoM) in October. Apple’s stellar show came at a time when many consumers were delaying their purchases ahead of the Singles’ Day sales in November. Other key OEMs saw MoM declines in their October sales. 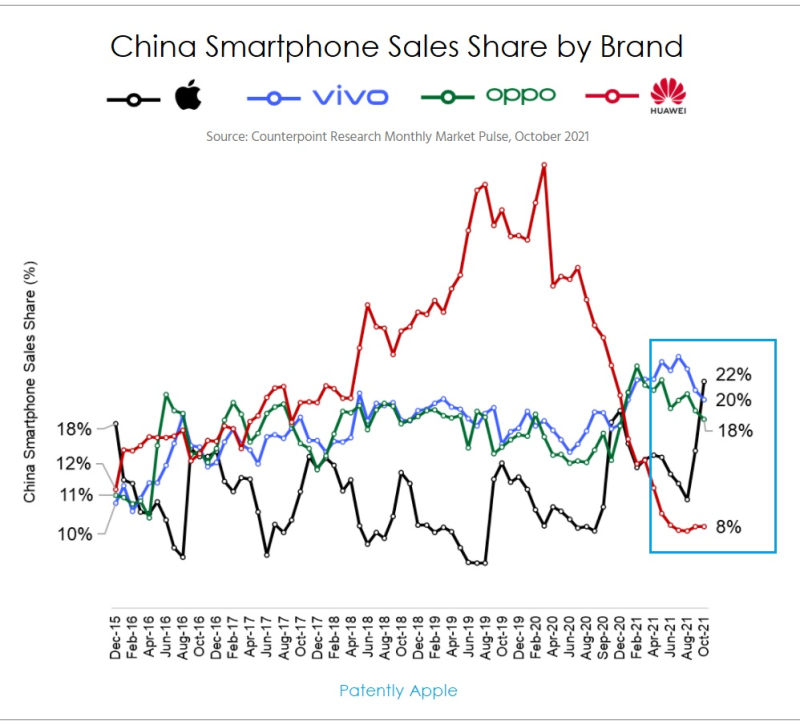 "Ever since Huawei’s decline, the top position in China has been changing hands. OPPO became #1 in January 2021 while vivo attained the top position in March 2021. The market dynamics in  changed again in October with Apple becoming the new #1 OEM for the first since December 2015. This was driven by the success of the iPhone 13 series, which was also launched cheaper than the iPhone 12 series in China. Huawei has been resilient in the premium segment in China, but this seems to be changing now. Apple, with its strong brand equity, is gaining the maximum from the gap left by Huawei in the premium segment. Apple could have gained more if it were not for the shortages, especially for the Pro versions. But still, Apple is managing its supply chain better than other OEMs.

"Due to supply issues, the normal wait time for the iPhone 13 Pro and iPhone 13 Pro Max ranges between four and five weeks in China. Some Chinese customers choose to pay premiums to get the new phones delivered immediately. Overall, the China market has been slow throughout the year and Apple’s growth is a positive sign.

Mishra added that Apple's performance "indicates that Chinese smartphone users are maturing fast and are looking to buy more high-end devices, which can be a good opportunity for brands. The supply chain is also prioritizing higher-end and higher-margin devices amid the shortages."