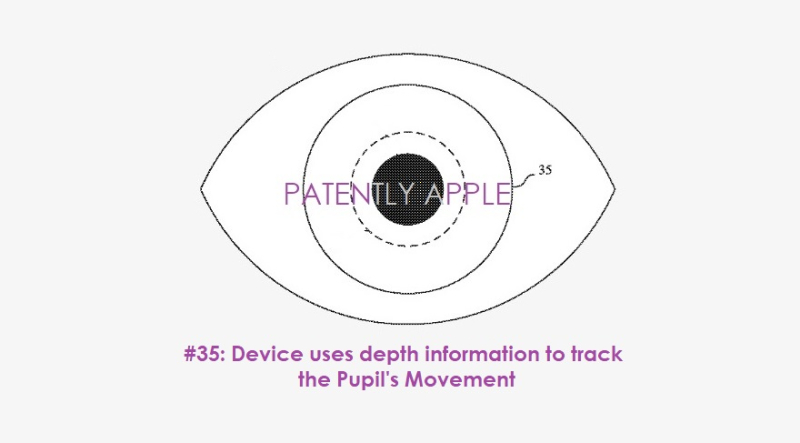 Yesterday the US Patent & Trademark Office published a patent application from Apple that relates to a gaze tracking testing process to assist users in learning a next-gen UI associated with a future Mixed Reality Headset and other Apple devices over time.

For many adults first learning how to use a mouse with a Mac back in the 1980's, there was a learning curve because most never used a GUI before. So, when Apple releases a future Mixed Reality Headset with eye or gaze tracking to manipulate an on-screen UI, it won't seem natural at first. So, Apple is patenting a testing program to assist users get comfortable with this new methodology of controlling a menu with a series of trial lessons. Over time, eye tracking could also apply to other devices like an iPhone, iPad, Macs and more.

In some implementations, the device evaluates physiological responses of a user expecting interface feedback following an interaction with the object in a user interface.

To do so, the device may evaluate various alternative feedback characteristics (e.g., which of multiple colors a button should change to following a user's click of the button) to identify characteristics of the feedback as suitable or optimal with respect to pre-selection pupil dilation. The device may assess how much a user's eye dilates before he clicks an object when the user expects each interface feedback characteristic (e.g., the object turning pink after being clicked, the object turning orange after being clicked, etc.). 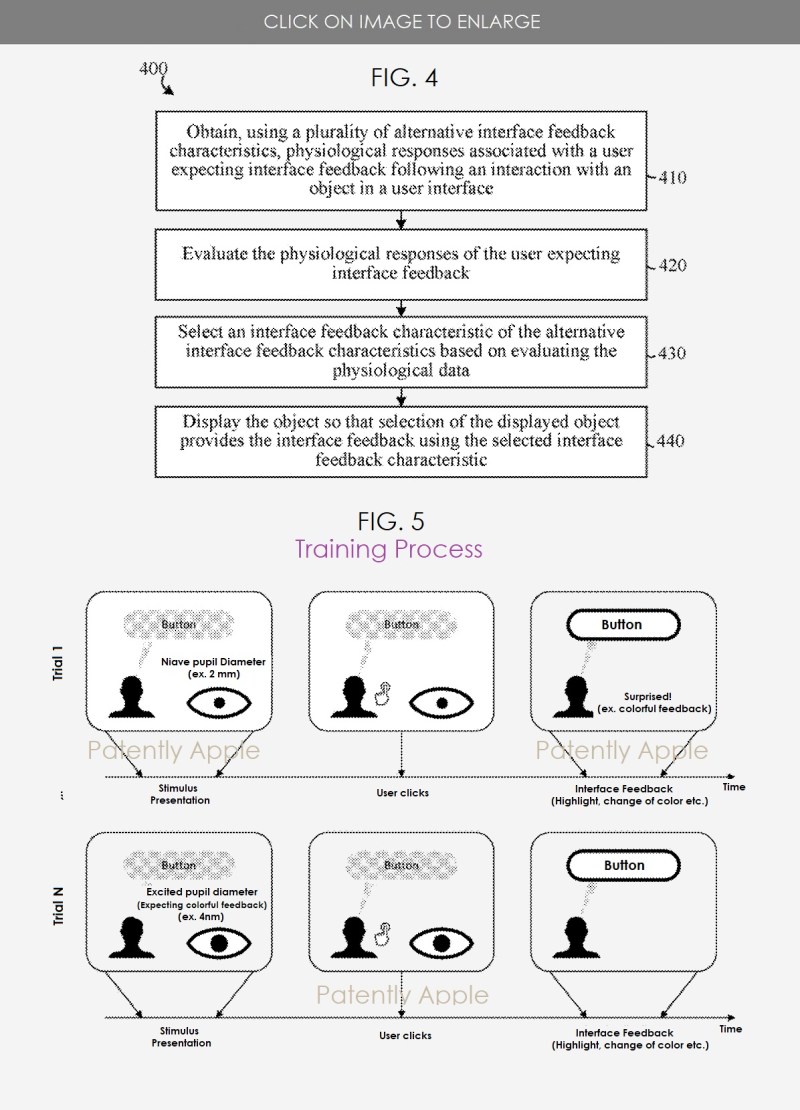 In some implementations, a training process including multiple trials for each interface feedback condition is performed. For example, the training process may include identifying an ideal color to change the button after the user clicks it. Here, from Trial 1 to Trial N, the interface feedback condition of the button may be a color change from an initial color (e.g., solid blue) to another color (e.g., solid pink).

Of course, prior to actually seeing this next-gen user interface and its means of operation, it sounds almost as crazy as when someone first explained what a mouse would do before a user even knew what a Graphical User Interface was.

Yet, for those wanting to drill down into Apple's thinking about this testing process in more detail, check out Apple's patent application 20210349536 titled "Biofeedback method of Modulating Digital Content to Invoke Greater Pupil Radius Response."

The news of Apple hiring Crispin was highlighted in a Variety article back in mid-2018. The report noted that Apple hired the developer behind "Cyber Paint App" for VR Headsets. More than likely Apple took that product off the market after hiring Crispin. Crispin previously worked for DAQRI, a Los Angeles-based maker of augmented reality (AR) solutions for industry applications that was too ahead of the market and its supporting technology.