While Facebook got Hammered by U.S. Senators yesterday, Apple's CEO took a focused shot at the company as well 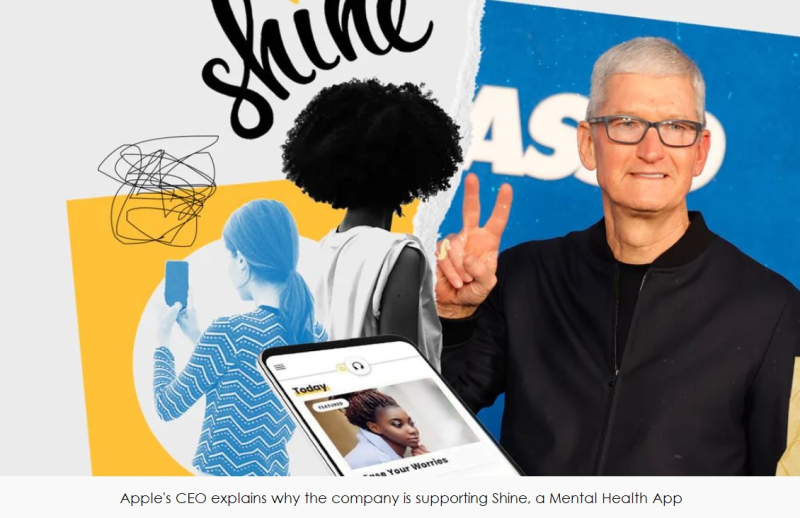 Yesterday we posted a report titled "Frances Haugen, Facebook Whistle-Blower, to deliver Damning Testimony at Senate Hearing Today." Later yesterday, a Reuter's report listed some of the damning quotes from U.S. Senators on both side of the isle condemning Facebook. As an example, Senator Dan Sullivan from Alaska stated: "I think we’re going to look back 20 years from now and all of us are going to be like ‘what the hell were we thinking’ when we recognize the damage that it (social media) has done to a generation."

Coincidentally an interview with Tim Cook published yesterday that covered the App Shine that relates to Mental Health touched on the issue of Facebook.

Charlotte Owen, Question: "It’s interesting that you’re drawing attention to an app like Shine, when the conversation around technology is so fraught, especially with recent reports about how Facebook and Instagram impact young people. Is that something that weighs on you?"

Apple's CEO, Tim Cook: "I’ve always thought that technology should serve humanity and not the other way around. And I always worried about people using technology too much. And so, we came out with Screen Time to try to give people a true reading of the amount of time they’re really spending on their devices because generally it’s a lot more than they say.

But that’s just one element. It’s also what you’re doing [on them]. I’ve often worried about the endless scrolling, the surrounding yourself with negativity and so forth. And so elevating a company like Shine and getting people to go check it out — that’s a great use of our technologies because that does serve humanity. Their whole company is based on this. And it’s how we look at the world. We want people to do things with their devices, like the photography exhibit that we both enjoyed, or connecting with family and friends with FaceTime. Not endless, mindless scrolling."

It's no secret that that Apple's CEO is not a fan of Facebook on the issue of advertising in respect to privacy and more. Zuckerberg's company is the poster child for anti-privacy policies. In another example in January "Apple CEO Tim Cook linked Facebook’s business model, which uses data to serve targeted ads, with real-world consequences like violence or reducing public trust in vaccines."

The issue of Facebook aside for a moment, there was an interesting segment of the interview that started with this question:  "Both of Shine’s founders, Naomi and Marah, told me that they find it important to talk about their mental health as leaders at work. Is that something that you ever do?"

Cook: "Yeah, I do. I always talk about what gets me away from the stresses of the day. And for me, my meditation is hiking. It’s the being out in nature and feeling so insignificant in the world, and a lot of the problems tend to seem a little smaller. And I do talk about that freely. I think it’s important. [Pauses] You know, I don’t have an S on my chest and a cape on my back. I suffer from the pandemic lows as much as everybody else does. I know that I’m privileged in so many ways, but none of us are privileged to the point that mental health is not a key factor in life.

Read the Bustle report to read the full interview with Tim Cook about Mental Health and the Shine App.

Other noteworthy comments made by Senators yesterday about Facebook included the following:

Senator Marsh Blackburn, Republican from Tennessee: "The research was Facebook’s internal research. So they knew what they were doing, they knew where the violations were and they know they are guilty." Blackburn added that "Facebook is not interested in making significant changes to improve kids’ safety on their platforms, at least not when that would result in losing eyeballs on posts or decreasing their ad revenues."

Senator Edward Markley, Democrat from Massachusetts: "Your (Facebook’s) time of invading our privacy and preying on children is over. Congress will be taking action."

Here's to hoping that Markley's commentary that "Congress will be taking action" actually becomes a reality.