This Week in Trademarks: Apple's Latest version of MagSafe was given 'Registered' Status while filing for the figurative version of Apple AirTag + 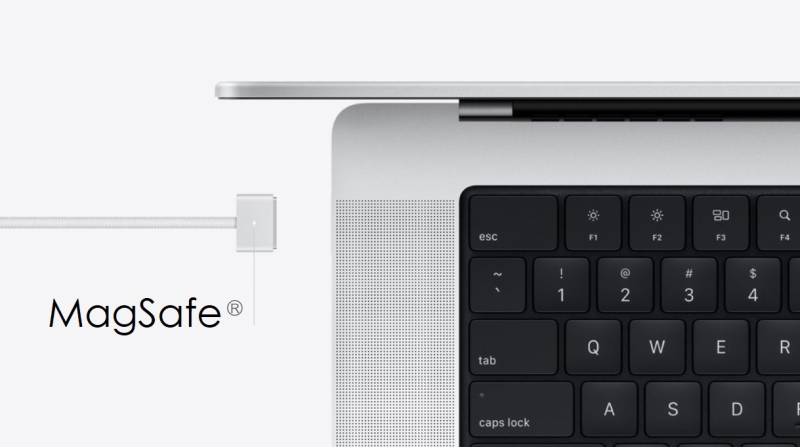 This was a busy week for Apple legal. They filed a series of trademark applications in the U.S. and Hong Kong for various versions of AirTag. Apple also filed for two additional trademarks in Hong Kong covering ShazamKit and "All Access."  Further, Apple filed for the "A15 Bionic" trademark and the U.S. Patent and Trademark Office issued Apple a certificate of registration for their latest version of "MagSafe" that will cover MagSafe 3 which they applied for originally in October 2020.

A Series of "AirTag" Trademarks 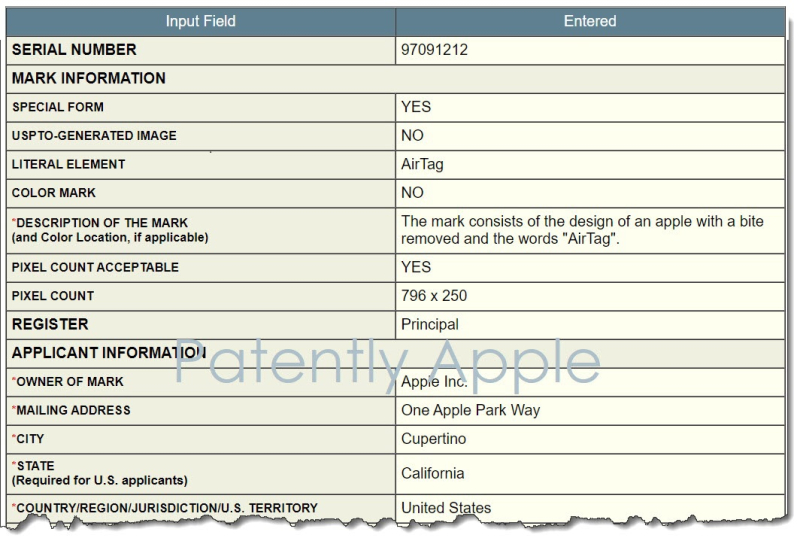 The "figurative" version of the trademark included the bitten Apple as presented in the image found in Apple's trademark application.

The U.S. Patent Office defines a specimen as being an example of how a company is actually using their trademark in the marketplace with the goods or services in their application. It's what consumers see when they are considering whether to purchase goods or subscribe to services that Apple provides in connection with their trademark.

Below is the specimen supplied by Apple to USPTO showing the retail box of a Leather Loop with the figurative Apple AirTag trademark they're filing for. 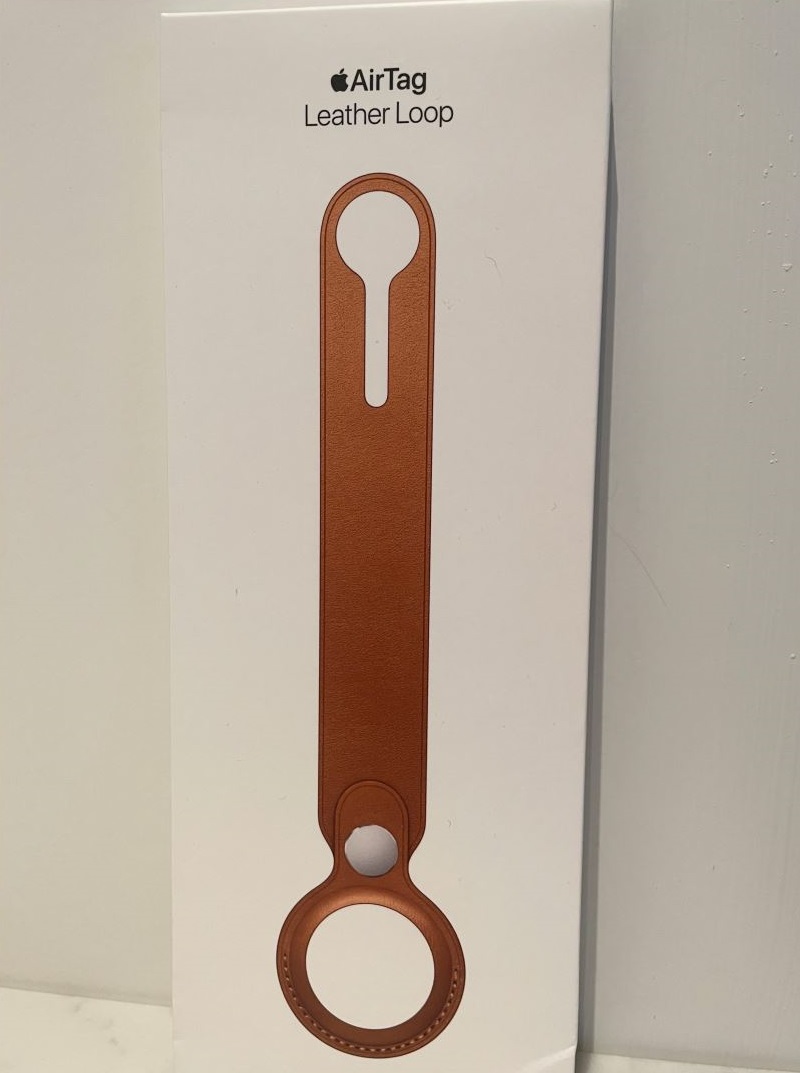 Apple also filed for the figurative trademark in Hong Kong under application #305784201 under a wider range of international classes that include 009, 014, 018, 038 and 42. The coverage of each is ridiculously too long to include in this report. In general, Class 009 covers all-manor of current and future Apple hardware from iPads to smartglasses and televisions. Class 14 basically covers ring chain, key rings and watch straps. Class 018 basically covers leather straps and cases. Class 038 basically covers telecommunications, electronic data transmission, wireless communications. Class 042 basically covers design and development of computer hardware, software and peripherals.

A Second "figurative trademark" application was filed in the U.S. under application # 97091167 under international class 014: "key rings; key chains." This trademark covers a second style of AirTag for "Leather Key Ring" as illustrated in the Specimen filed with USPTO as presented below. 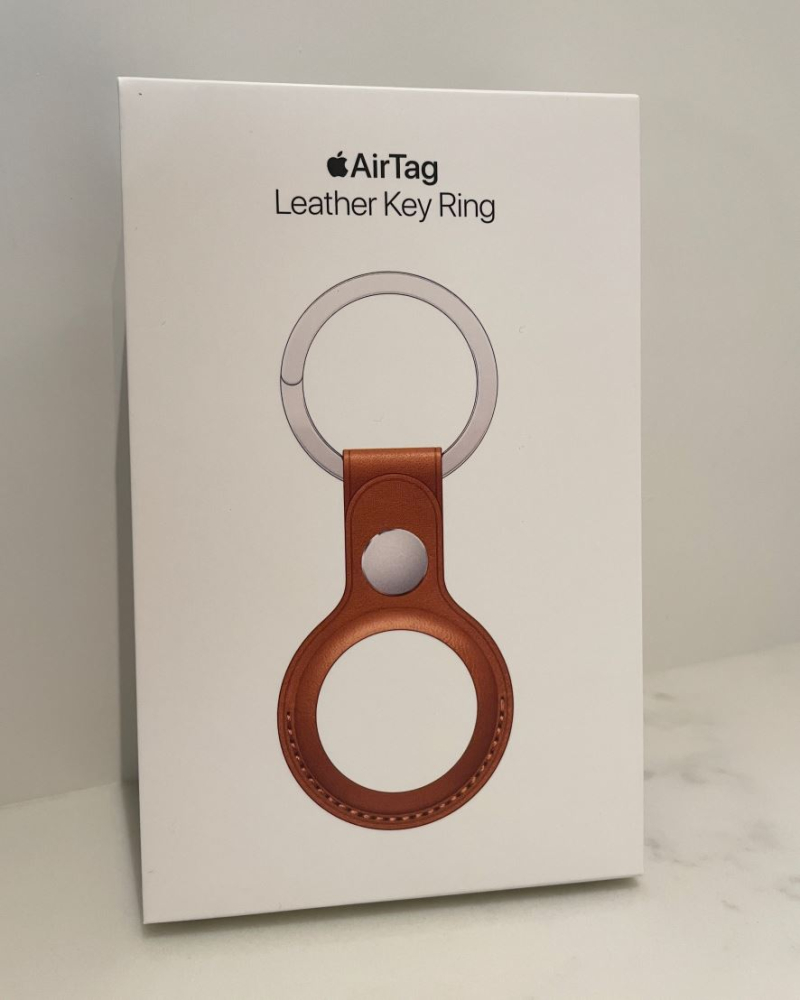 Apple also filed a series of non-Figurative trademark application for AirTag in both the U.S. and Hong Kong.

Other Trademarks filed in Hong Kong this Past Week

This figurative trademark is presented in the graphic image below. 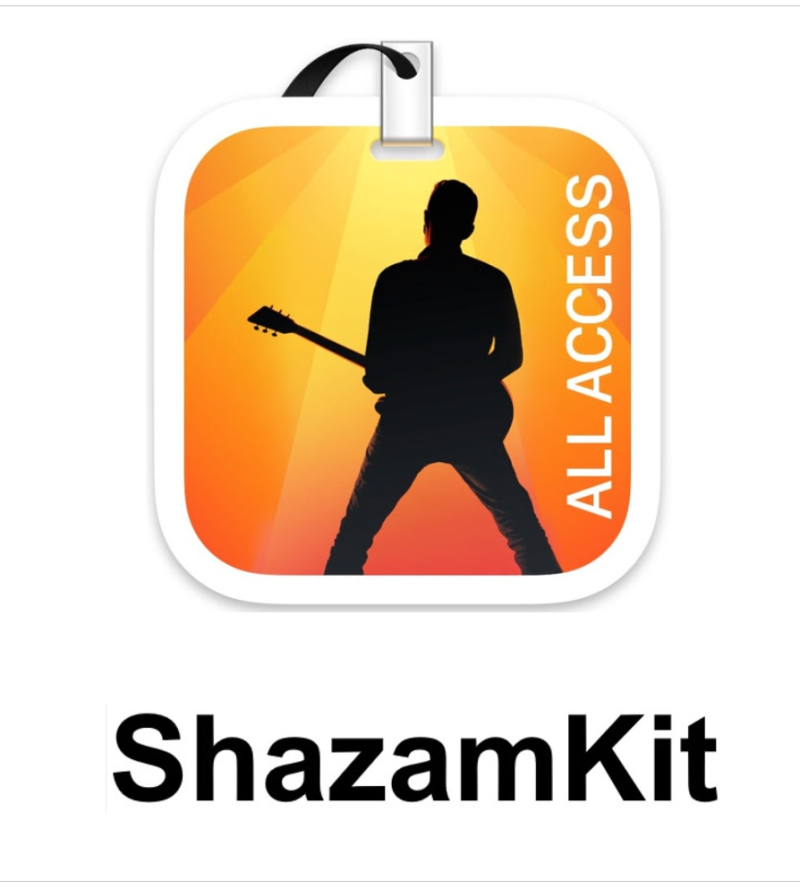 Apple also filed for the "ShazamKit" trademark (illustrated above) under application #305787000 in Hong Kong. Apple filed it under international classes 009 and 042.

Apple's latest Version of "MagSafe" is now a Registered Trademark

With MagSafe returning to the latest MacBook Pro models powered by both M1 Pro and M1 Max, it was important for Apple to update their trademark for MagSafe and below is an image of the certificate #6,541,201 officiating the trademark being given "Registered" status, commonly seen on trademarks as "RTM" or simply as an "R" in a circle as shown in our cover graphic. 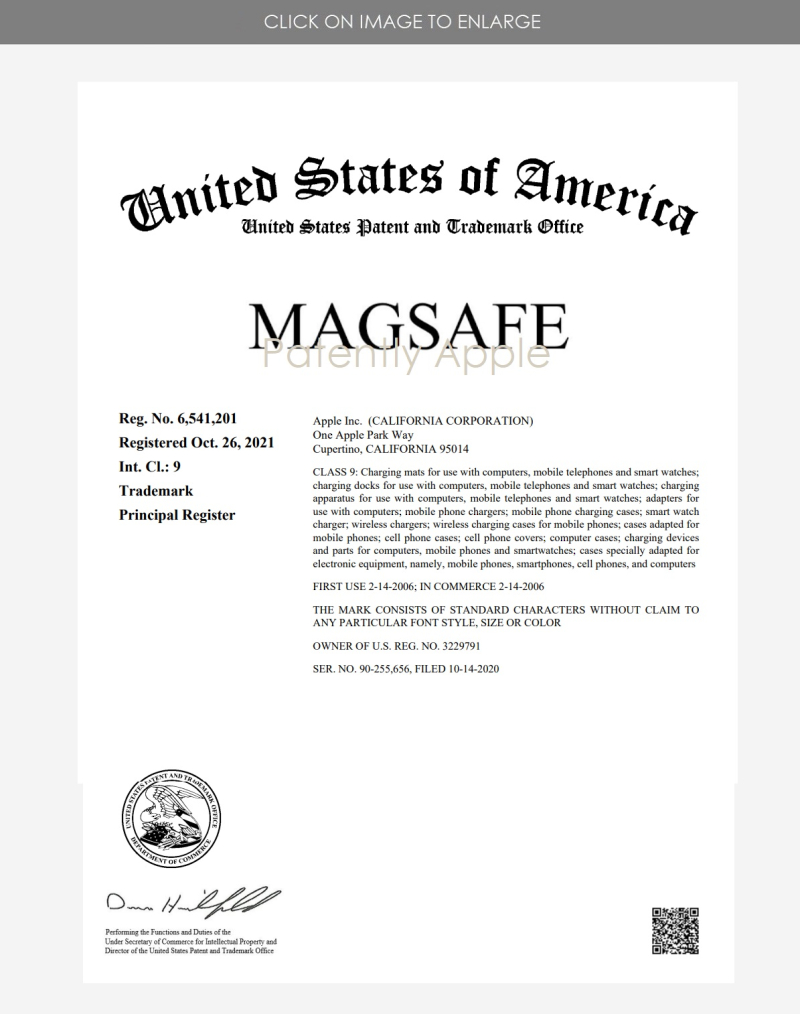 And lastly, Apple Inc filed for the "A15 Bionic" trademark this week under application 97093292 as presented in-part below. 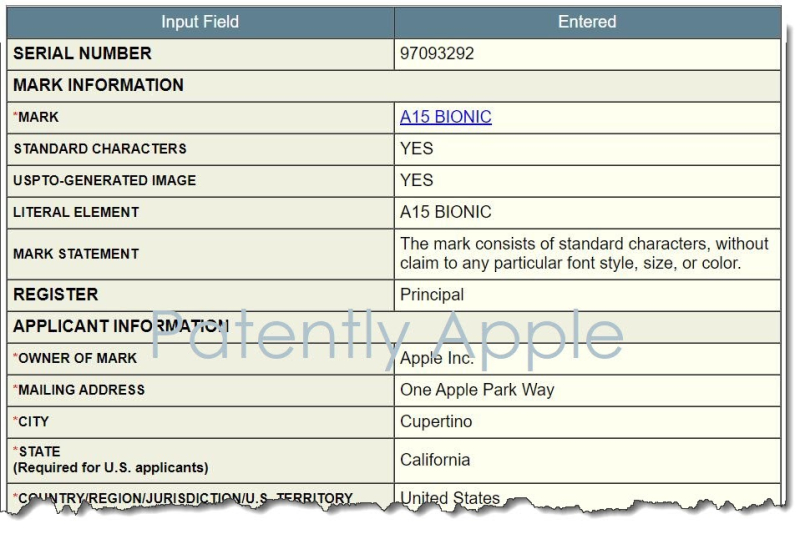