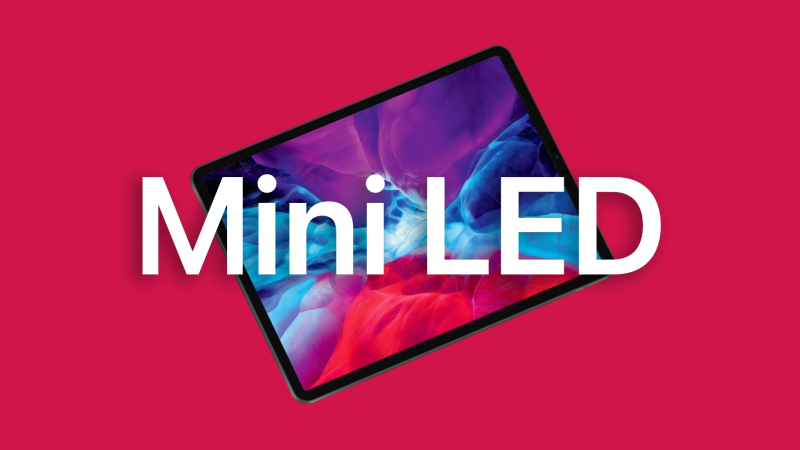 On Wednesday, Patently Apple posted a report titled "With Apple reportedly cancelling their OLED display project with Samsung for the iPad Pro, it opens the door for mini-LED displays." Three days later and it appears that Apple analyst Ming-Chi Kuo is agreeing.

The latest Apple product forecast by TF International Securities Research team for Apple led by analyst Ming-Chi Kuo relates to future display technology for iPads. Kuo notes that Apple will switch to mini-LED for the iPad Pro in the critical years between 2021-2023.

As for the iPad Air, Kuo is backtracking on his previous prediction that the 2022 iPad would use an OLED display now that Apple has cancelled their project for an iPad using OLED with Samsung.

Beyond that all important reason, Kuo believes that Apple won't want the iPad Air competing with the iPad Pro with a high-end OLED panel, so they'll stick with LCD to costs in line.

According to Kuo, past experience has pointed out that after Apple develops and commercializes key technologies for mass production that could be used for at least 3 years or more. Kuo doesn't see Apple moving mid to low-end iPads to mini-LED in foreseeable future.

Kuo still believes that mini-LED will be used in the future MacBook Pro along with the iPad Pro in the 2021-2022 timeline.

Apple could change their plans and proceed with OLED in the future, but for now it's off the table while continuing to research and develop new display technologies.

Should the English version of Kuo's report reveal any material change not found in this report we'll be sure to provide an update in one form or another.