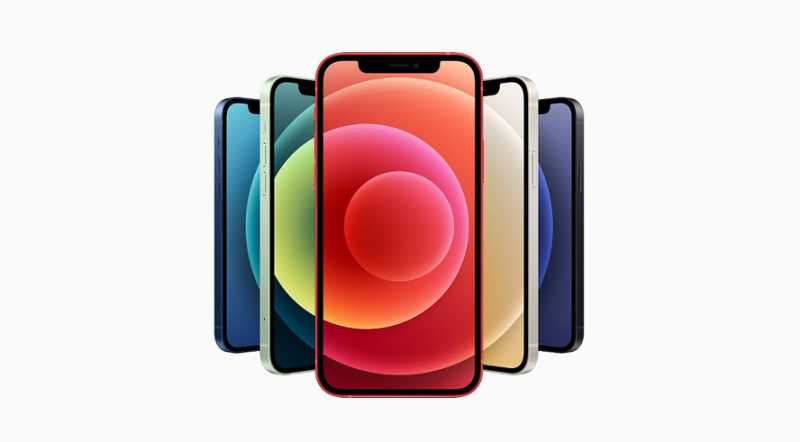 In a new Counterpoint report published today, they capture a snapshot of the top global handset OEMs from a revenue and operating profit point of view has stayed much more stable over the past several quarters.

Apple has been the biggest profit and revenue generator in the handset business. In Q2 2021, it captured 75% of the overall handset market operating profit and 40% of the revenue despite contributing a relatively moderate 13% to global handset shipments. 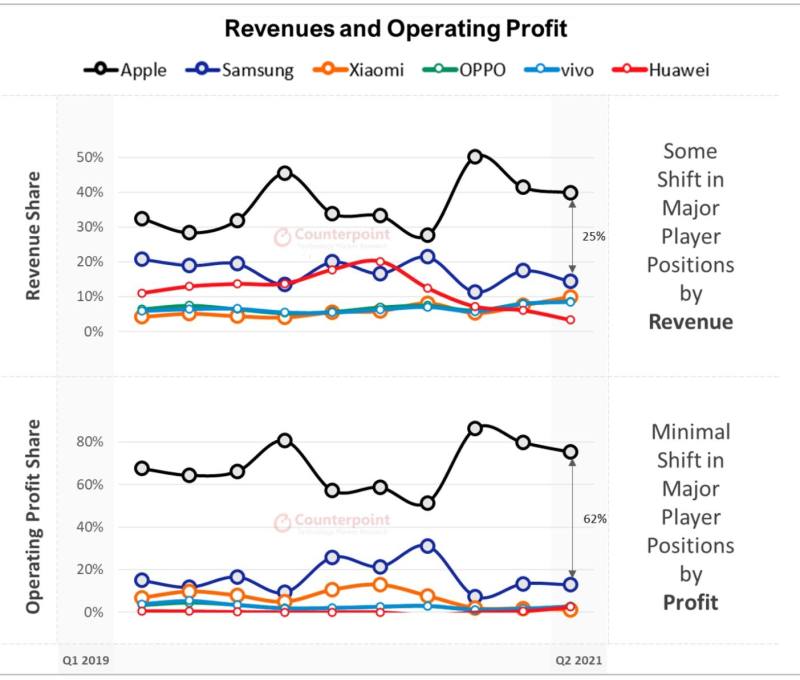 While this performance shows the power of the Apple brand, it is still lower than the peak of Q4 2020 when its revenue share reached a staggering 50%, up from 28% in Q3 2020, and its profit share reached an unprecedented 86%, up from 51% in the previous quarter.

While there was a significant jump in its shipment share, from 9% to 17% in the same period, the extent of its revenue share reflects the success of its first 5G-enabled iPhone series.

Apple also benefits from interoperability between its devices. The convenience with which one may shift between a Mac, iPad and an iPhone encourages users of one Apple device to stay within the Apple ecosystem by acquiring other of the brand’s devices. This is made possible by Apple’s significant control over both hardware and software, enabling a seamless shift of work on an app between multiple devices. While this has been the case for some time, it has become particularly pronounced with the stickiness of music, media, news, storage, etc.

Apple is likely to retain this edge, enabling it to continue charging premium prices for its handsets, thus maintaining high operating profit margins.

While Xiaomi has done very well in terms of shipments, its performance from a profit point of view has not been as strong. This is because Xiaomi has been focusing on excelling in the shipments game in the past few years. Xiaomi, OPPO and vivo will need to work harder to increase ASPs to improve their profit margins in the long run. For more, read the full Counterpoint report.

In the big picture, it's about revenue and profits. The game of who "ships the most phones" may be something that analytical companies and Wall Street make a big deal of, but it's a distant second to who makes more profit. In that context, Apple remains king of the hill.