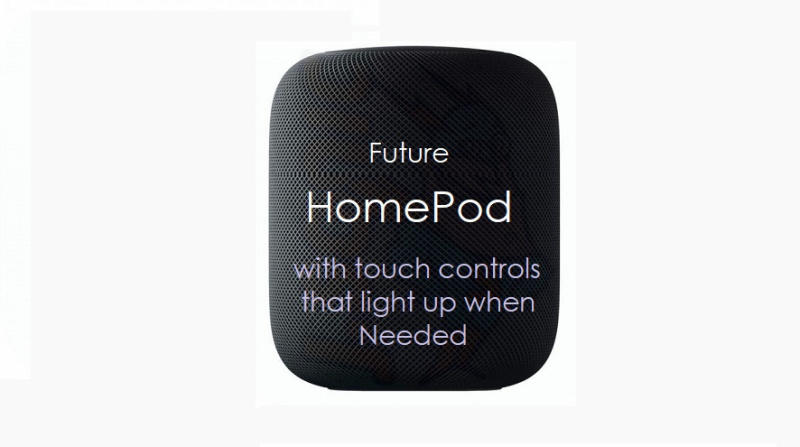 The U.S. Patent and Trademark Office officially published a series of 52 newly granted patents for Apple Inc. today. In this particular report we briefly cover a possible advancement in the original HomePod that would add invisible touch controls built-into the fabric of the HomePod that would light up when needed and deactivate when not in use. Apple was also granted a patent for a mini-iPhone with a wrap-around glass enclosure offering a looping display from the face to the back of the device and virtual side buttons. In addition, Apple's HomePod mini trademark was given registered trademark status and, as always, we wrap up this week's granted patent report with our traditional listing of the remaining granted patents that were issued to Apple today.

Apple has been granted patent 11,137,861 entitled "Fabric-covered electronic device with touch sensor," that was first made public in a patent application on March 5, 2020. The patent relates to a future HomePod with touch sensitive controls built into the fabric that could light up to be visible when needed and deactivate when not in use. 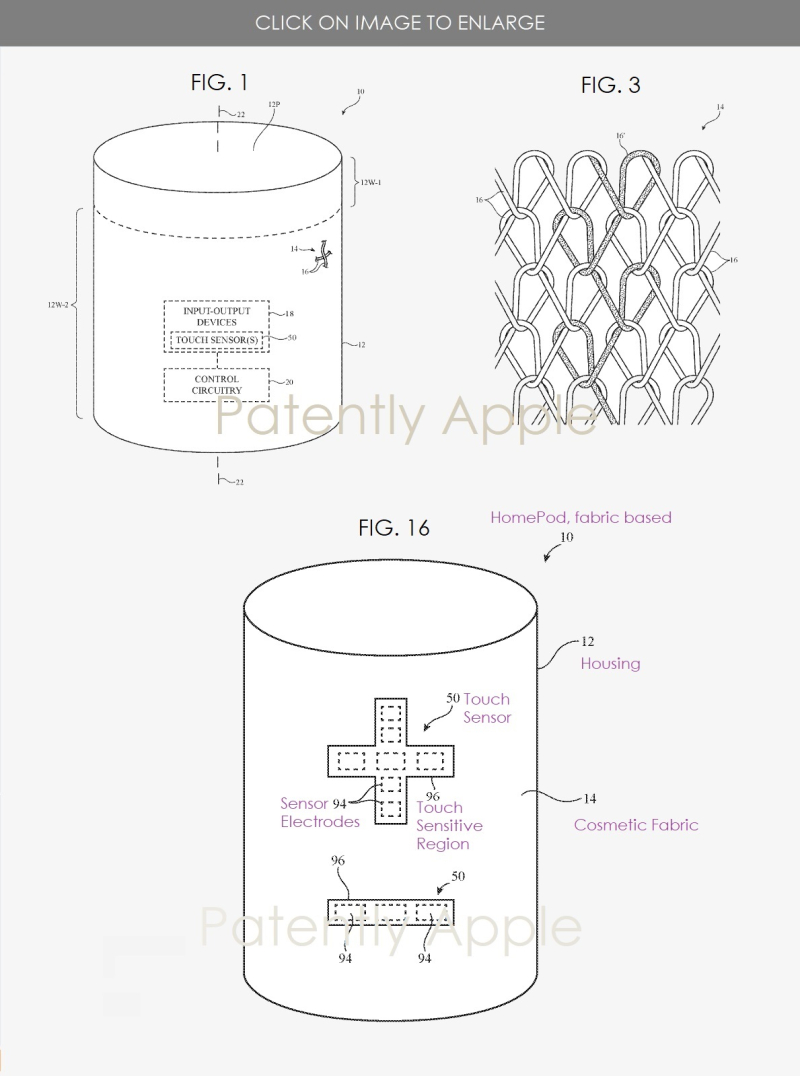 Apple originally filed for this patent 8.5 years ago back on March 28, 2013. Today Apple was granted their 8th patent for this invention. For details, check out our original report linked to above or our last report posted in November 2019 which logged one of the updates. You could also review granted patent 11,137,799 in full here.

Rumors claim that Apple is likely to kill off the iPhone mini next year. One has to wonder if Apple is considering to introduce a completely new entry iPhone form factor like the one illustrated in this patent. It would certainly be a bold move and that's probably why Apple won't take the chance. Though, we can always hope.

Although Apple's HomePod mini was granted registered status on September 28, 2021, the U.S. Patent and Trademark Office only made it public on Monday October 4th under number 6,504,159. Apple introduced the HomePod mini on October 13, 2020 and filed for its trademark on November 10, 2020. 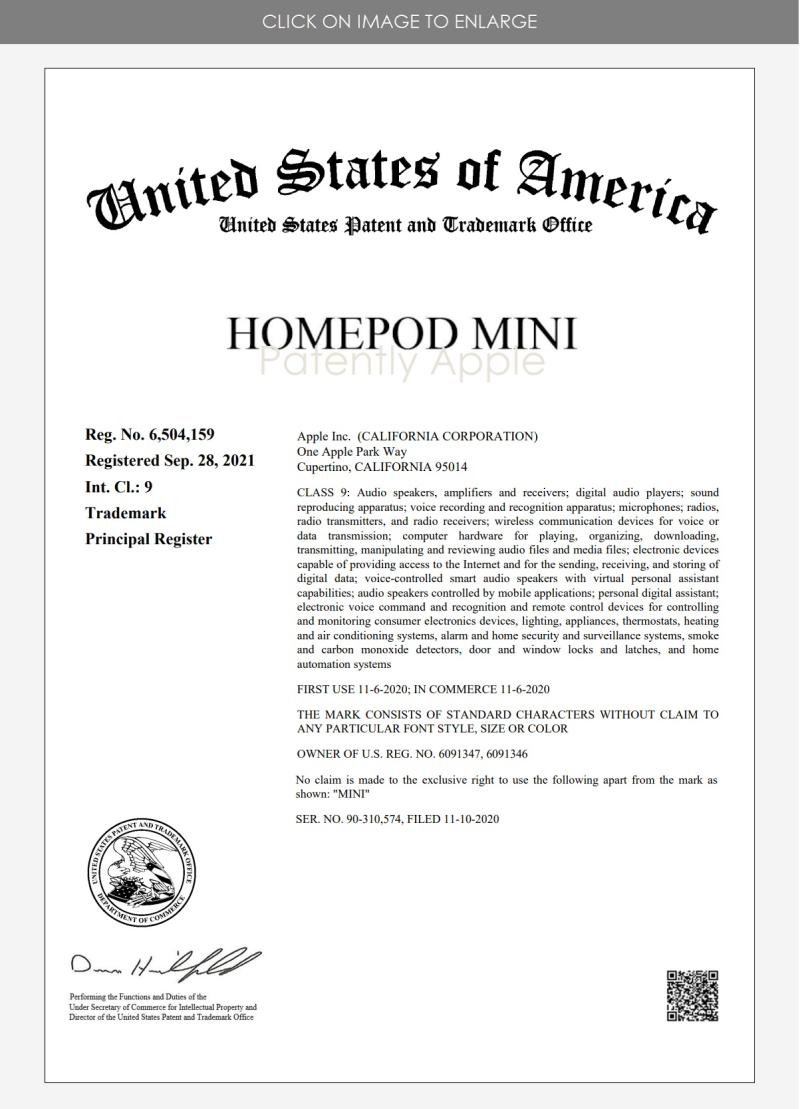 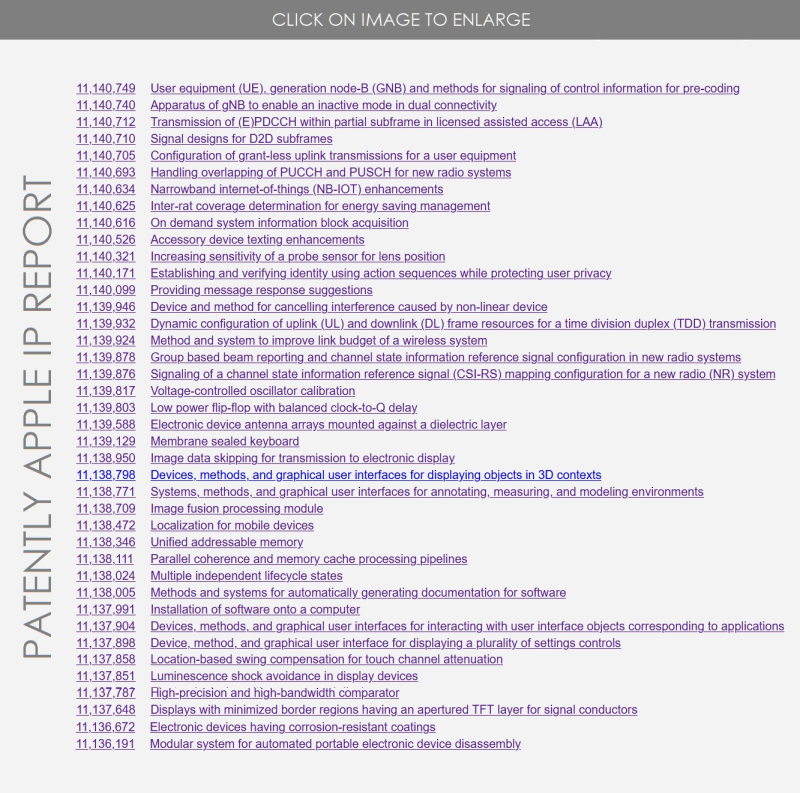