Apple Releases a first-look at 'Finch' Debuting next week, a Teaser for Season 3 of 'Servant' and a Behind-the-Scenes look at 'Swagger' 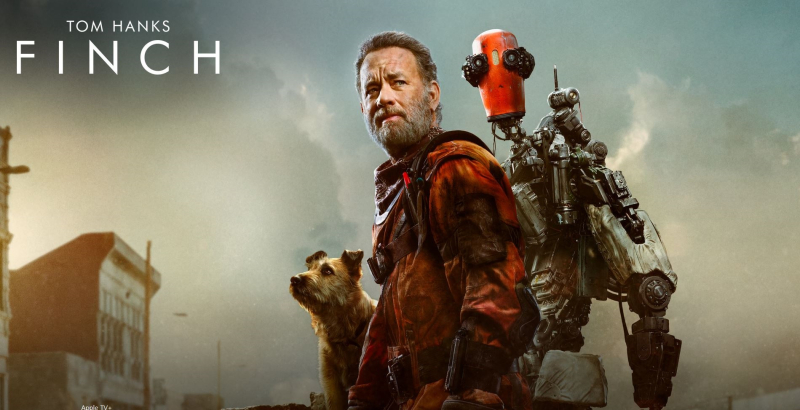 Finch is the story of a man, a dog and a robot who form an unlikely family on a dangerous cross-country trip across a post-apocalyptic landscape. It’s a simple-seeming premise that was anything but simple to pull off — both technically and narratively — after the global pandemic prompted filmmakers to reevaluate the entire idea of apocalypse-as-entertainment.

Filming was always going to be tricky. Finch has an Oscar winner acting alongside a canine and an android, and the audience needs to become fully invested in all three. But then, just as postproduction was about to wrap, the pandemic shut down the industry and the filmmakers found themselves in an entirely unforeseen situation of telling a dark, post-apocalyptic tale amid a real-life global tragedy. 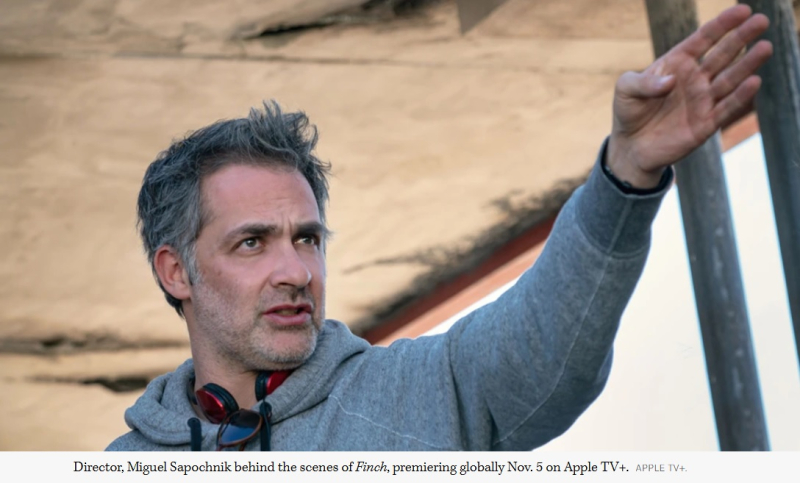 Producing partner and director Miguel Sapochnik said during a recent Zoom call from Spain: "There’s this line, ‘Hope is what keeps us alive,’ and it felt like we needed to lean into that. The surprising thing was that I’ve done a lot of dark stuff, and doing something that’s not dark is so much harder. It’s harder to do something with any sort of hope or lightness for many reasons, but when it hits, you can see how people react. People come away from Finch having really felt something, and that’s incredibly meaningful."

Universal Pictures was originally going to release Finch — then titled Bios — in theaters in October 2020, but the pandemic interfered with that plan, as well. The studio sold the project to Apple in March (marking the company’s second acquisition of a Hanks film; the first was the 2020 World War II drama Greyhound), and now Finch debuts on Apple TV+ on Nov. 5. Below is a first-look at Finch.

You could read a lot more on the Sapochnik interview at The Hollywood Reporter. There's another interview with Tom Hanks and Finch at Collider. 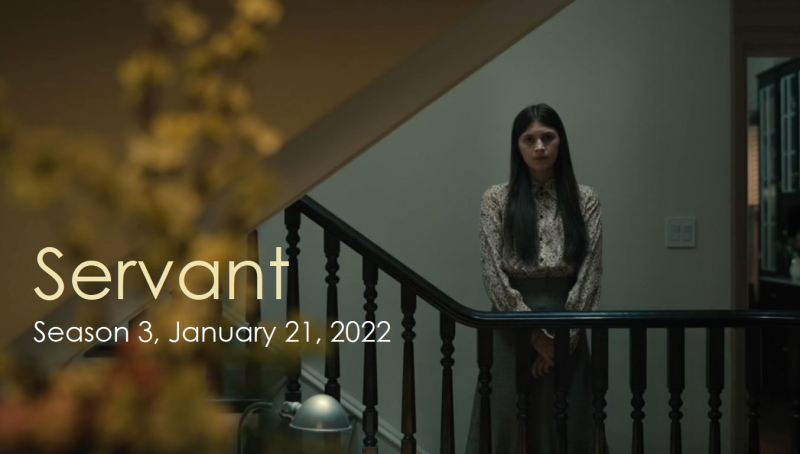 Apple TV+ today unveiled a first-look teaser at season three of acclaimed Apple Original series “Servant.” The 10-episode third season of “Servant” will debut with the first episode on Friday, January 21, 2022, followed by one new episode weekly, every Friday.

From executive producer M. Night Shyamalan, “Servant” follows a Philadelphia couple in mourning after an unspeakable tragedy creates a rift in their marriage and opens the door for a mysterious force to enter their home.

Hear from executive producers Kevin Durant, Reggie Rock Bythewood, and Brian Grazer on what it took to make a show about the unforgiving world of youth basketball in America. Stream the series premiere of Swagger available now on Apple TV+

You could read a positive review of Swagger over at the Hollywood Reporter here.