It was reported back in January by DigiTimes that Apple supplier Largan was to be the main supplier of Voice Coil Motors (VCMs) for iPhone 13. VCMs are used for camera imaging, auto-focusing and optical image stabilization (OIS) and the iPhone 13 delivers Apple's best and largest camera to date, including an all-new autofocus mechanism via the VCM. The iFixit image form their video report presented below illustrates the camera's size change from the iPhone 12 to the iPhone 13.

The principle behind a VCM is to control the tension position of the spring by changing the DC current of the coil in the motor in a long-term magnetic field, thereby driving up and down movement. Yesterday the US Patent & Trademark Office published a patent application from Apple titled "Multi-Coil Voice Coil Motor Drive Architecture." Apple's iPhone 13 Pro marketing, as presented below, points to an "all-new autofocus" – which is derived from a new VCM that is likely the one revealed in Apple's newly published patent. 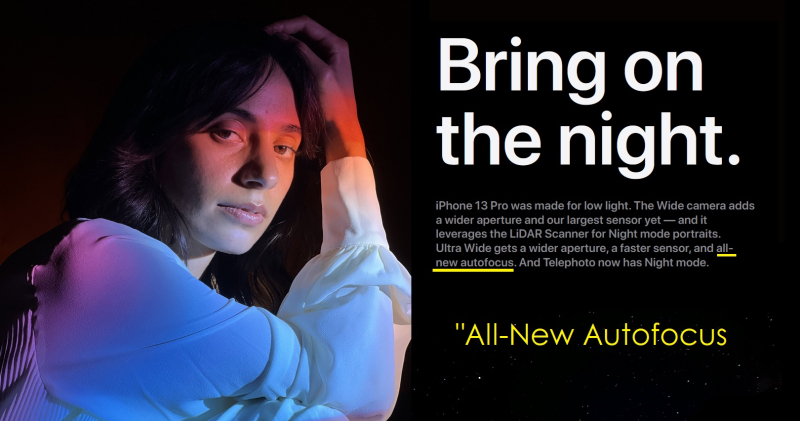 Apple notes in their filing that in recent years, manufacturers have added more and more lenses to the cameras to improve film quality. Generally, a camera may use an actuator, such as a voice coil motor (VCM) actuator, to move the lenses relative to an image sensor. As the cameras become more complicated, they become bigger and heavier, and more powerful actuators are needed to deliver the required motive force. Traditional VCM actuators can be power-limited due to the size and energy source limitations associated with mobile devices. Thus, it is desirable to have VCM actuators with more efficient architectures to boost output power.

Apple's invention describes various techniques for a camera system including a VCM camera actuator with segmented coils. In some embodiments, the VCM actuator may include multiple coil segments to move a lens group relative to an image sensor along an optical axis to implement autofocus (AF) movement and tilt actions.

In some embodiments, the VCM actuator may include multiple coil segments to move the image sensor relative to the lens group along axes orthogonal to the optical axis to perform the image sensor shift or optical image stabilization (OIS) actions. Compared to traditional VCM actuators, the disclosed VCM actuator segments a coil, such as an AF and/or OIS coil, into multiple segments each having an impedance less than the total impedance of the coil as a whole.

In addition, the coil segments may be individually driven by respective currents. In this way, the VCM actuator may achieve larger currents in the coil segments for a given supply voltage which results in larger motive forces.

Apple's patent FIG. 6A below illustrates a perspective view showing an example coil segment configuration of an actuator. More specifically, only magnets and coil segments of the actuator (#600) are being shown. 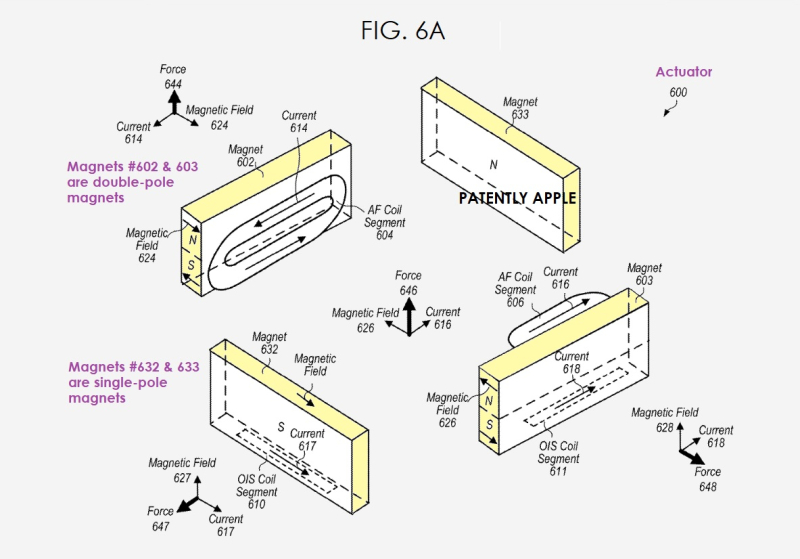 The motive forces 647 and 648 may shift the image sensor relative to the lens group on the image plane, e.g., along Y and X axes, that are orthogonal to the optical axis of the lens group. The arrangement of the camera may allow for an autofocus (AF) tilt-shift camera system.

Appel's patent FIG. 6B below illustrates a top view of another example coil segment configuration of an actuator. 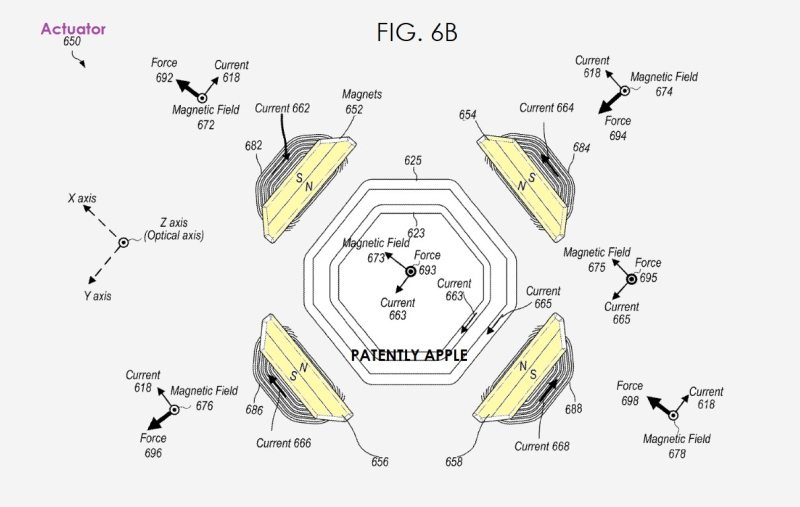 Apple's patent FIG. 8 below is a 3D view of an example actuator with the outer screening hidden so that more of the mechanism can be observed. 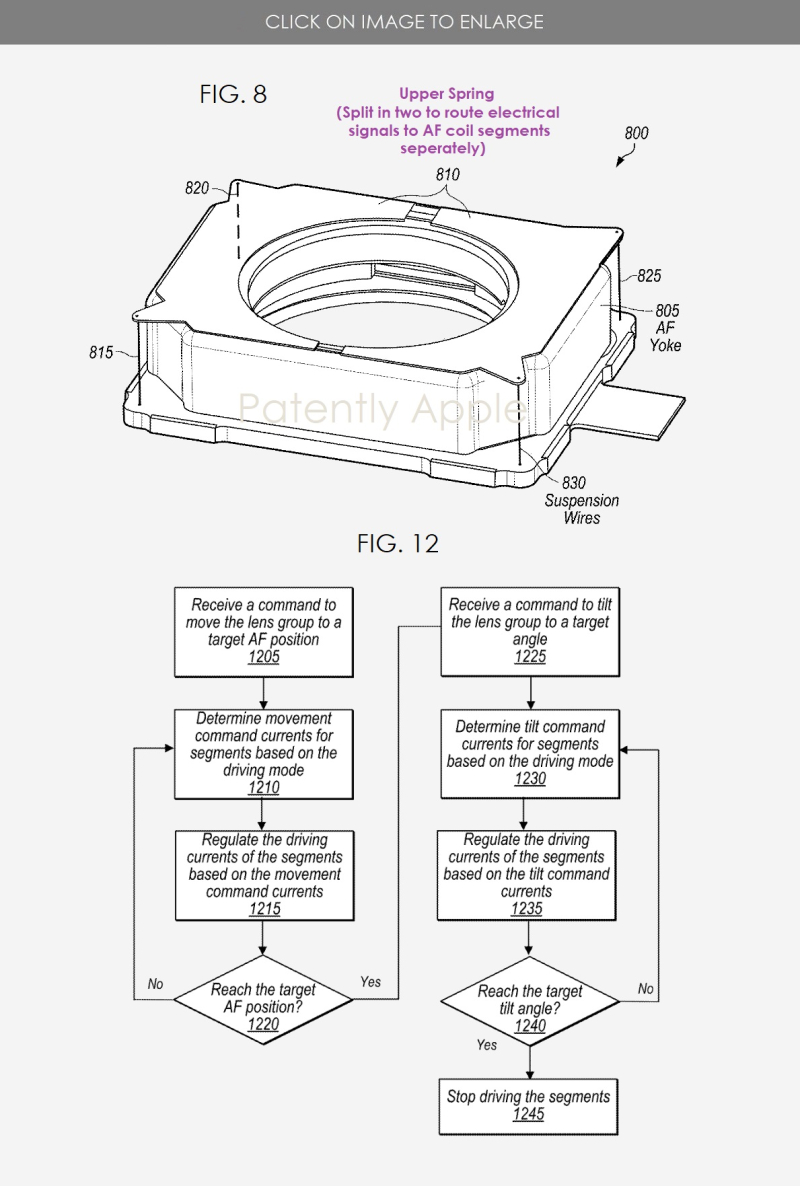 This is a detailed patent that engineers will appreciate and you could review Apple's patent application 20210314469 in full here. I'd chalk this up as a patent fulfilled.