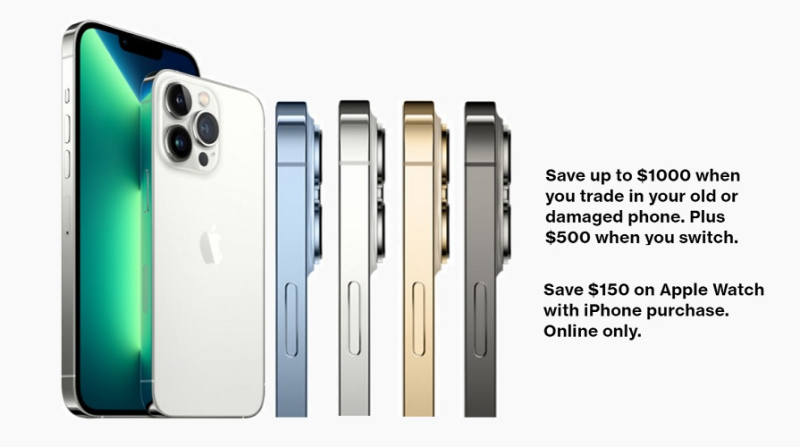 Verizon Communications said on Friday it is increasing its subsidies on offer for Apple Inc's newly launched iPhone 13, in a bid to attract more customers to the U.S. carrier's network, reports Reuters.

Verizon said it would now offer trade-in subsidies of up to $1000, matching rival AT&T Inc, from $700 previously. The biggest subsidies will be given to customers who turn in the iPhone 11 and iPhone 12 models. See Verizon's offer here.

Apple's new range of iPhones come at an unchanged price, but carriers are using aggressive subsidies as a way to hold on to existing customers and attract new ones.

The phones will also have custom 5G antennas and radio components for faster speeds. This push towards expanding 5G connectivity comes as telecom firms in the United States race to bolster their 5G infrastructure.

The iPhone 13, starting at $699, promises better display, longer battery life and a Cinematic mode for automatically changing focus while taking videos. It will come with a new A15 Bionic chip that enables features like automatically translating text. All models were available for pre-orders earlier this morning.