Home Archives Contact Us Subscribe Twitter MeWe Facebook Patently Mobile
The FTC is to reveal their findings today on acquisitions made by Big Tech, including smaller deals that usually don't prompt Antitrust Review
Apple won 88 Patents on Tuesday with one for an AR Ride-Hailing System that assists both drivers & passengers better ID each other In December 2020 Patently Apple reported on the Apple TV+ bilingual comedy series titled "Acapulco" was given the green light starring Eugenio Derbez, who recently starred in Apple TV's film titled 'CODA.' In April 2021 we reported that Apple had added 6 new cast members for the upcoming series. Today, Apple has announced that the 10-episode show will premiere globally on Friday October 8th.

About: "Acapulco" tells the story of 20-something Máximo Gallardo (played by Enrique Arrizon), whose dream comes true when he gets the job of a lifetime as a cabana boy at the hottest resort in Acapulco. He soon realizes the job is far more complicated than he ever imagined and in order to succeed, he must learn to navigate a demanding clientele, a mercurial mentor, and a complicated home life, without losing his way to shortcuts or temptations." 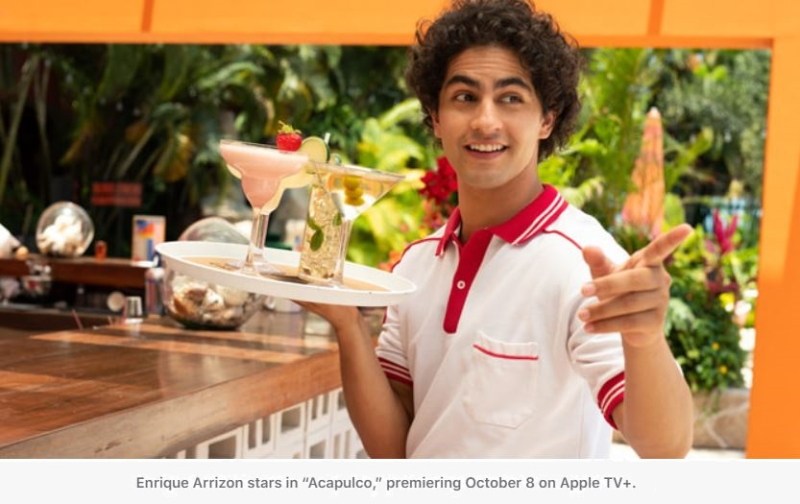 The series, which is told in both Spanish and English, takes place in 1984, with Derbez narrating and playing the present-day version of the main character, Máximo Gallardo.