Home Archives Contact Us Subscribe Twitter MeWe Facebook Patently Mobile
WSJ: Why Apple TV+ Flashes Over 70 iPhones in One Season of 'Ted Lasso' and more
Apple Slates the Film 'Swan Song' for December in Theaters & Apple TV+ while releasing their second Featurette for 'The Morning Show' 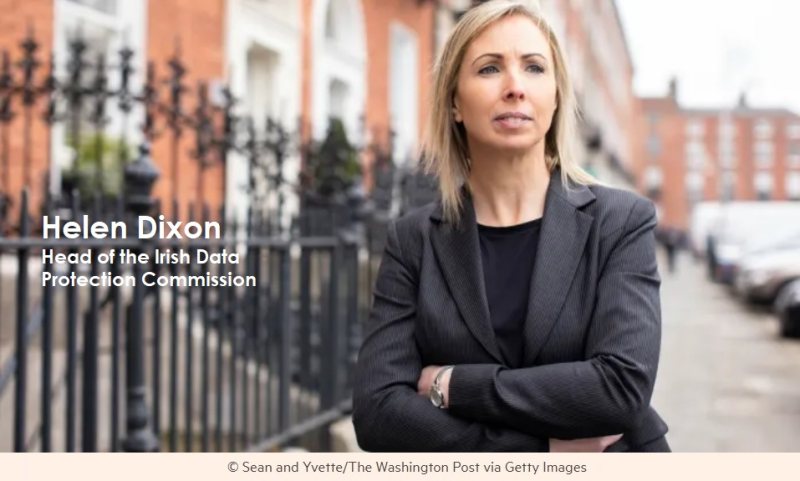 In June, The Irish Times reported that "Since the true scale of its operations in Ireland first became known due to European Commission led investigation into its tax affairs here, the US gadget maker Apple has remained firmly at the top of the leader board. This year is no different, with Apple yet again Ireland’s largest company. Revenues for its Irish based company rose by 5 per cent in the year to September 2020, up to €121.9 billion."

With that as the backdrop, The Financial Times is reporting today that Ireland is failing to apply the EU’s privacy laws to US Big Tech companies, with 98 per cent of 164 significant complaints about privacy abuses still unresolved by its regulator.

Apple, Google, Facebook, Microsoft and Twitter all have their European headquarters in Dublin, making Ireland’s Data Protection Commissioner the lead EU regulator responsible for holding them to the law. But the Irish DPC has been repeatedly criticized, both by privacy campaigners and by other EU regulators, for failing to take action.

An analysis by the Irish Council for Civil Liberties found that the vast majority of cases were still unresolved, and that Spain, which has a smaller budget than Ireland for data protection, produces 10 times more draft decisions.

Johnny Ryan, senior fellow at ICCL, said Ireland was the "worst bottleneck" for enforcement of the EU’s General Data Protection Regulation. "GDPR enforcement against Big Tech is paralyzed by Ireland’s failure to deliver draft decisions on cross-border cases," he added, noting that the rest of the EU has to wait for Irish draft decisions before they are able to take their own action against the companies.

The Irish reticence to police Big Tech has been criticized by several other European countries, including France, Spain and Italy.

The Irish regulatory authority, headed by Helen Dixon, did not respond to a request for comment. For more on this, read the full Financial Times report here.

With Apple, Google, Facebook, Microsoft and Twitter having their European headquarters in Dublin, it's not surprising that Ireland's commission is slow to attack Apple and others that are key employers for data professionals and production facilities in Ireland.

Though to be fair, Apple stands apart from other U.S. tech companies. Apple's Tim Cook blasted 'weaponization' of personal data and praised GDPR back in 2018 as the BBC video below highlights.

The BBC report at the time noted Cook stating: "This year, you've shown the world that good policy and political will can come together to protect the rights of everyone. It is time for the rest of the world, including my home country, to follow your lead. We at Apple are in full support of a comprehensive federal privacy law in the United States." The remark was met with applause from the conference audience.

In the big picture, it's clear that Apple supports the EU's GDPR and uniquely stands apart from their competitors like Facebook and Google on this issue who will be under greater risk of being scrutinized by Ireland's regulatory authority in the not-too-distant future.