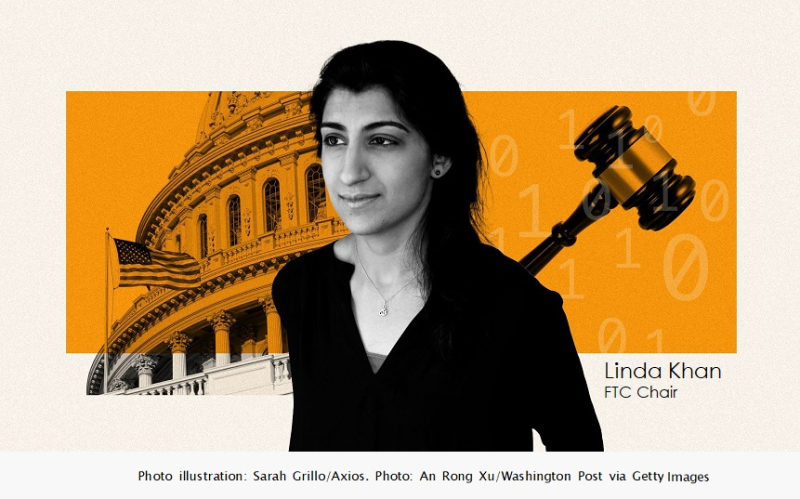 Apple doesn't like to announce the companies that they've acquired that could give the competiton a heads-up on new features the company is working to deliver in the future. Though in 2019, Apple's CEO Tim Cook admitted in a CNBC interview, that the company acquires a company every few weeks. If you do the math, Apple could have made 400-500 acquisitions from 2010 – 2019, the time frame found in a recent study by the FTC.

In that light, a new report claims that hundreds of deals by U.S. technology giants flew under the radar of merger watchdogs, fueling the companies’ unchecked growth in the digital economy, according to a Federal Trade Commission study.

To make a point, the FTC Chair Lina Khan is likely to ensure that all five tech giants are found guilty of some infraction to justify the FTC's new mandatory review process.

Bloomberg further reported that "The findings could bolster arguments that competition cops need to step up scrutiny of acquisitions by tech platforms to curb their power. In July, President Joe Biden vowed tougher merger enforcement of tech companies, saying the industry’s biggest players have used deals to shut down emerging threats to their businesses.

The data comes from a study the FTC announced last year to examine deals between 2010 and 2019 by the five tech giants to better understand whether acquisitions occurring outside the view of antitrust enforcers could be undermining competition.

The FTC issued orders to the five companies requiring them to provide information about past acquisitions that weren’t reported to antitrust agencies.

The companies identified 819 such transactions, including acquisitions of voting control of companies, partial investments, patent acquisitions, and what the FTC called 'hiring events' in which a group of employees were hired from another company.

Although the FTC didn’t identify specific transactions by companies, one example is Facebook’s acquisition last year of image library Giphy for about $400 million." Bloomberg News reported last month that before the takeover, Giphy paid a dividend to investors. While perfectly legal, the payment lowered the value of Giphy’s assets so that antitrust officials didn’t have to be notified of the deal under the reporting thresholds at the time.

Antitrust enforcers look at only a fraction of deals that occur every year. Slightly more than 2,000 deals were filed to the government between October 2018 and September 2019, the most recent period reported by the FTC and the Justice Department, which share antitrust duties. The government reviews account for about 10% of almost 22,000 deals announced in that period involving a U.S. company, according to data compiled by Bloomberg. For more, read Bloomberg's full report.