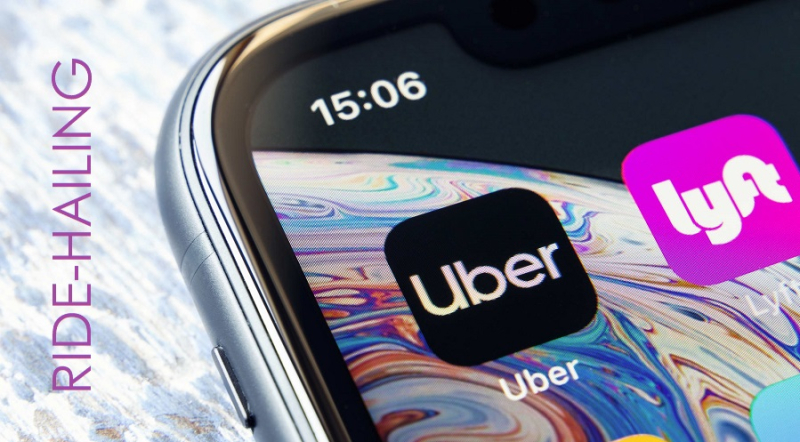 With Apple's California Streaming event taking place yesterday we were unable to finish off our granted patent reporting for the day. Yesterday Apple was granted 88 patents. The single patent that we focus on in this report covers a future Augmented Reality system that will work between hail-riding services and passengers. It will assist both parties better identify each other in crowed situations such as during rush hour after work or after a music or sporting event when throngs of patrons are calling for a ride at the same time. And as always, we wrap up this week's granted patent report with our traditional listing of the remaining granted patents that were issued to Apple.

In Apple's patent background they note that mobile apps are helpful for requesting a car to provide transportation. But, high usage of such mobile apps can cause confusion in an urban environment where there are many cars and where other people may also be waiting on a car. It is a common mistake for a passenger to get into a wrong car.

Similarly, the driver of a vehicle can have difficulty in identifying a potential passenger or a specific stopping point to pick up the passenger. A pin or dot identifying a GPS coordinate may not provide sufficient accuracy in a crowded environment.

Therefore, it is desirable to provide devices that can assist in identifying the correct vehicle that a passenger is waiting to enter, and Apple's invention / granted patent provides such a solution using an interface that uses Augmented Reality (AR) features.

For example, the augmented reality interface may be used by the driver of a hired vehicle to identify the passenger that hired the vehicle from a crowd.

Similarly, the augmented reality interface may be used by a passenger requesting a hired vehicle to identify the hired vehicle from a line of vehicles outside a sporting event.

The identification of the hired vehicle and the passenger may be made by enhancing images captured by the camera of a mobile device to include an indicator or identifier.

Apple's invention provides a number of advantages. Oftentimes, a large number of users may request transportation at the same time and at the same place, such as at an office during rush hour or at a venue when an event concludes.

In such situations, multiple users awaiting transportation may be at approximately the same address or location. In one example, these users may only provide the address of their location, which may be insufficient for a driver to identify the particular passenger that hired him.

Alternatively, or additionally, these users may allow the GPS of their mobile device to communicate their location, either directly or indirectly, to the driver. Although potentially more accurate than an address, GPS coordinates may have some degree of error that fails to account for or detect small variances between the locations of different users (e.g., 40 feet north of a building entrance versus 10 feet west of the building entrance). Thus, the requesting passenger may not be at the exact location identified by the GPS.

According to some embodiments of the present invention, visual information about the requesting passenger may be collected that define characteristics of the passenger.

In some embodiments, the characteristics of the passenger may be unique, such that multiple passengers are not identified (e.g., using a pink hat, white T-shirt, jeans, and white tennis shoes, as opposed to only using a white T-shirt).

The characteristics of the hired vehicle may be unique, such that multiple vehicles are not identified (e.g., using a license plate number and vehicle make and model, as opposed to only using a vehicle color).

Apple's patent FIG. 2 below shows a block diagram depicting an augmented reality system for facilitating identification of an arriving vehicle. 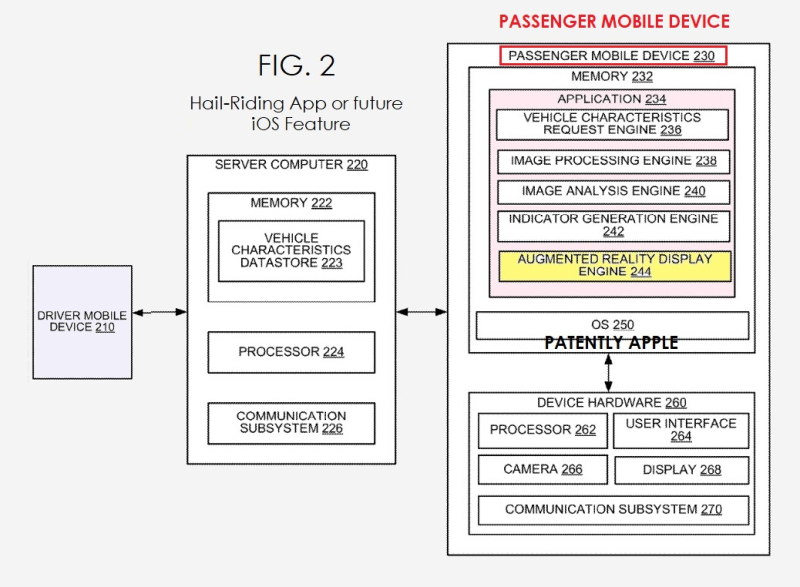 Apple's patent FIG. 4 below illustrates a graphical user interface on the display of a mobile device depicting instructions to activate an augmented reality mode.

Apple's patent FIG. 5A below illustrates a graphical user interface on the display of a mobile device depicting identification of an arriving vehicle using augmented reality. 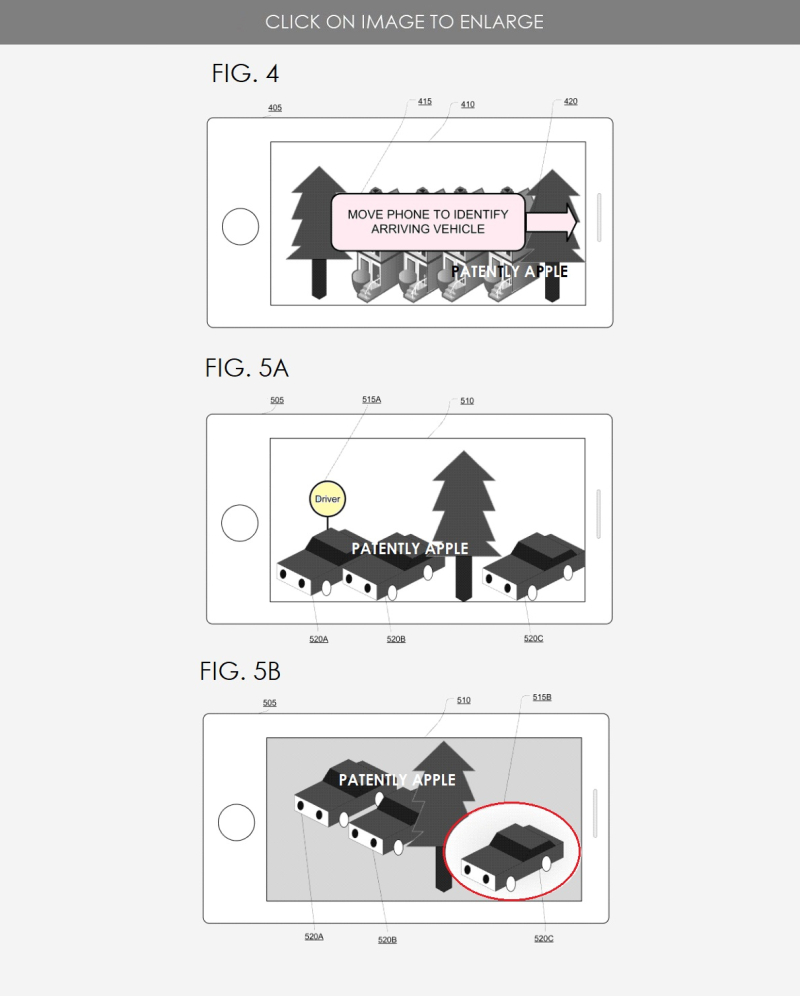 Apple's patent FIG. 5B above illustrates a graphical user interface on the display of a mobile device depicting identification of an arriving vehicle using augmented reality.

Apple's patent FIG. 6 below illustrates a block diagram depicting an augmented reality system for facilitating identification of a passenger. 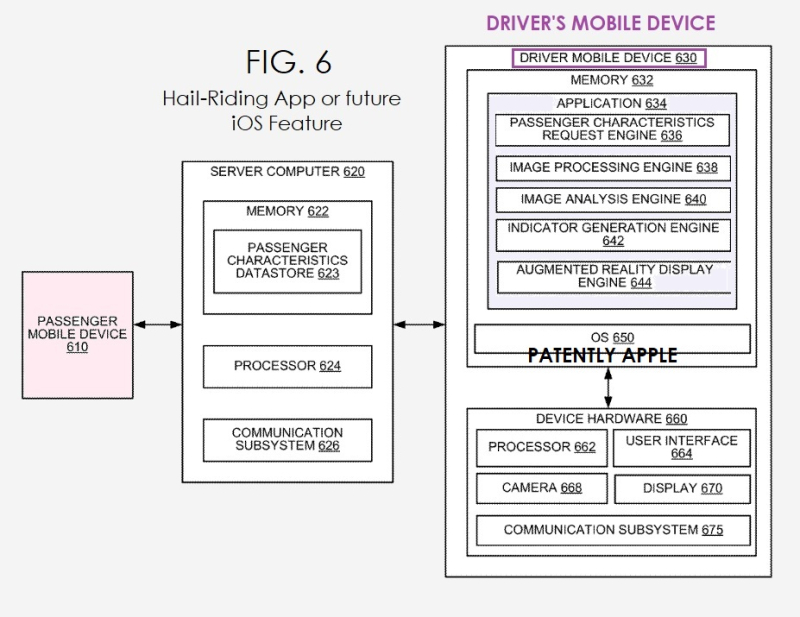 Apple's patent FIG. 8 below illustrates a graphical user interface on the display of a mobile device depicting identification of a passenger using augmented reality. 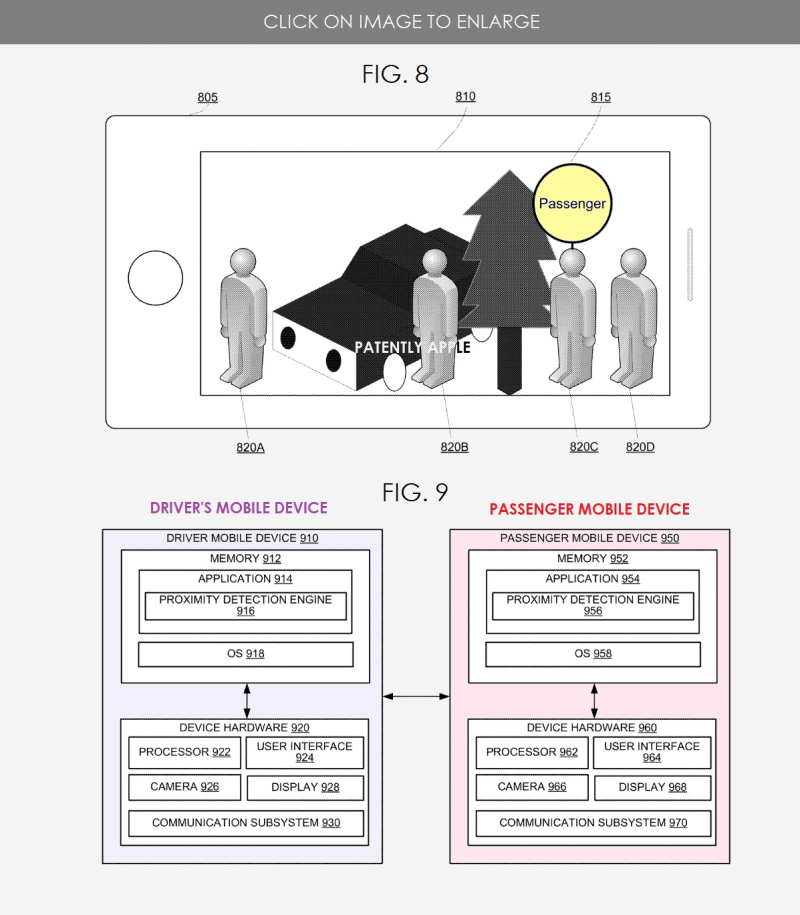 Apple's granted patent also touches on similar problems can occur with other modes of transportation. For example, it may be difficult for a person to identify the correct bus at a bus terminal, particularly in a foreign country that uses a different language. For more details, review Apple's granted patent 11,120,264. The list of inventor shows that Apple had a deep bench working on this project pulling together a Maps Designer, 3D Experience Designer/Implementer and more.

For interest sake: We reported back in May 2016 that Apple had invested US$1 billion in China's Uber-like ride-hailing service called "Didi Chuxing." One year later Apple filed for this patent. Whether Apple was focused on this ride-hailing app for Didi or ride-hailing services in general is unknown at this time. 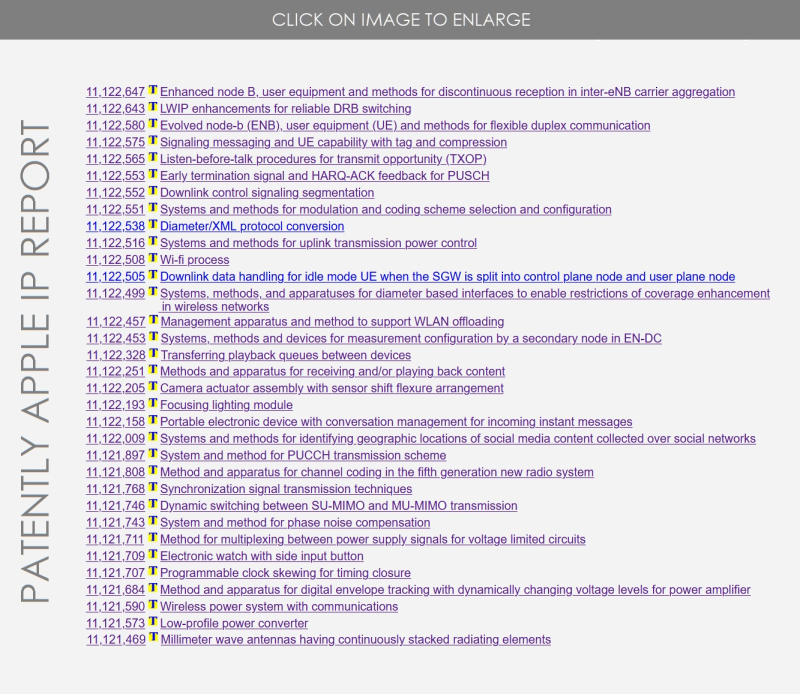 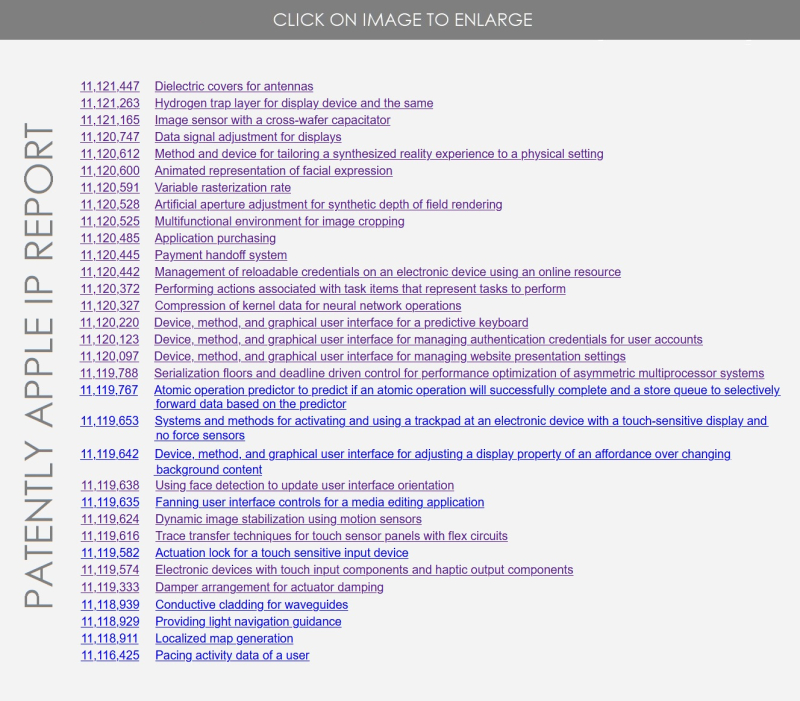