Apple Wins a Patent that will advance iPhone Haptics that will better control a nearby TV, Home Appliances & more 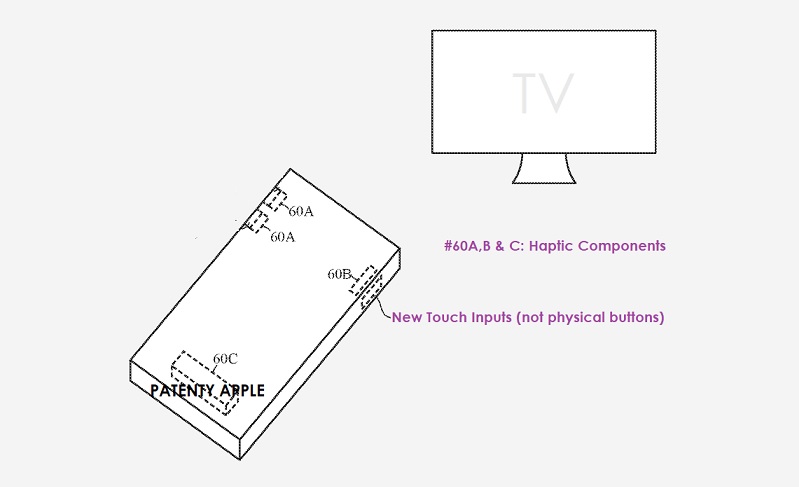 Apple notes that a user may have to take several steps to control or otherwise communicate with an external device. The user may not know when the external device is sufficiently close to establish a short-range wireless communications link. There may be multiple devices within range, making it challenging to select the appropriate external device.

In addition, touch-sensitive displays may be used to help a user communicate with other electronic devices, but requiring a user to interact with the display may not always be intuitive for the user.

A future iPhone (electronic device) may include input-output devices that allow a user to more intuitively control or otherwise communicate with an external electronic device.

The input-output devices may include touch input components and associated haptic output components, which may be formed along the sidewalls or other areas of the electronic device.

Apple's patent FIGS. 18 and 19 below illustrates an iPhone that has new haptic areas and new touch side controls that are not physical buttons. Today's iPhone app for Apple TV Remote doesn't allow a user to control volume whereas in today's granted patent, it will one day along with controlling TV brightness, Apple Music track selection, TV channel selection and more.

FIG. 19 refers to #78 as a TV.  In FIG. 18, an iPhone is shown used to control lighting. Apple will provide an "inactive" control to shut off haptics and touch input. 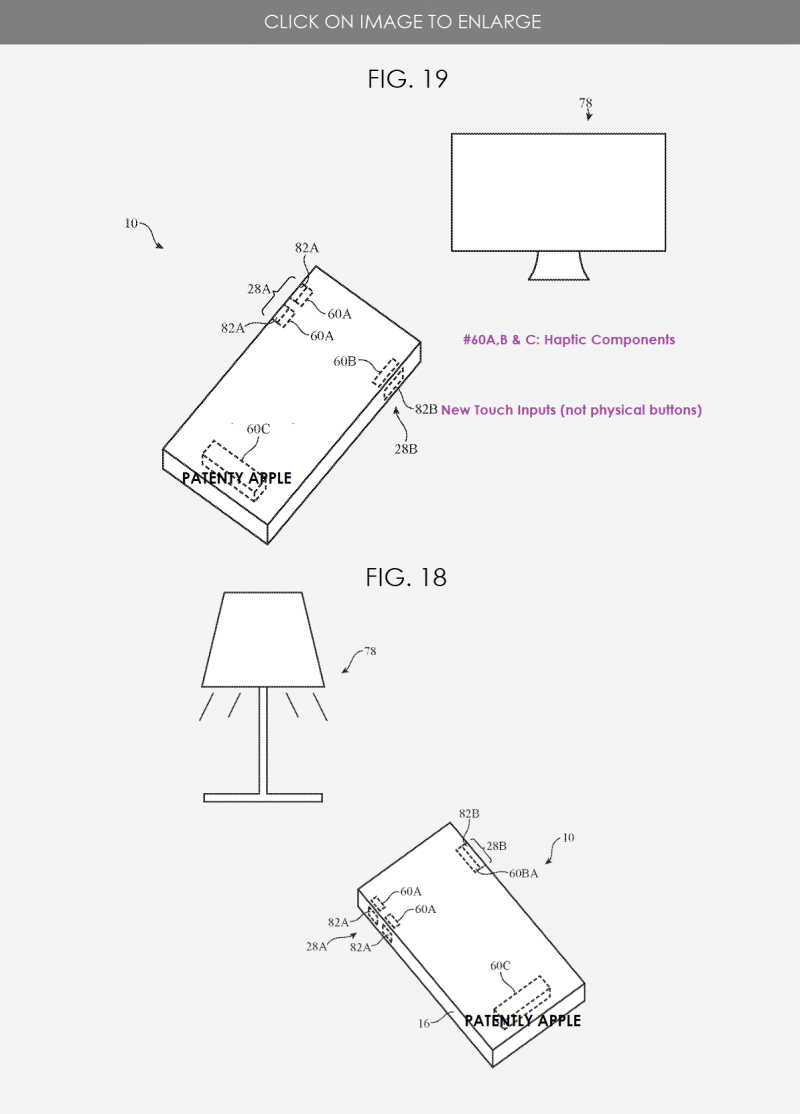 Like all Apple patents, they make it clear that their invention isn't limited to one device like an iPhone and in this case, Apple lists the following devices the invention could apply to some day: