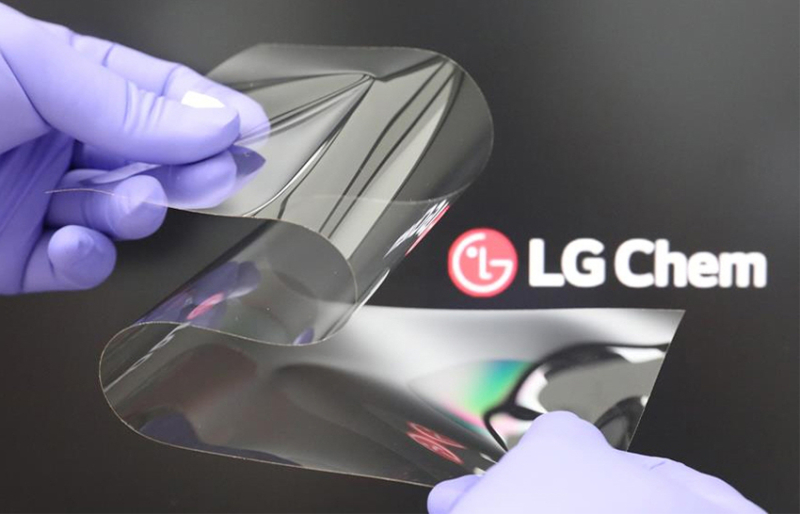 Patently Apple has posted a series of patents from Apple relating to future foldable iPhones and iPad/MacBook (01, 02, 03, 04 and 05) in 2021 alone, with many more covered over the last few years that you could review in our archives. Samsung and Corning have developed foldable glass that will be supplied to Chinese smartphone vendors this year and beyond. While Apple could one day work with Samsung on foldable displays, today Apple supplier LG Chem made a big announcement of their own on foldable glass. 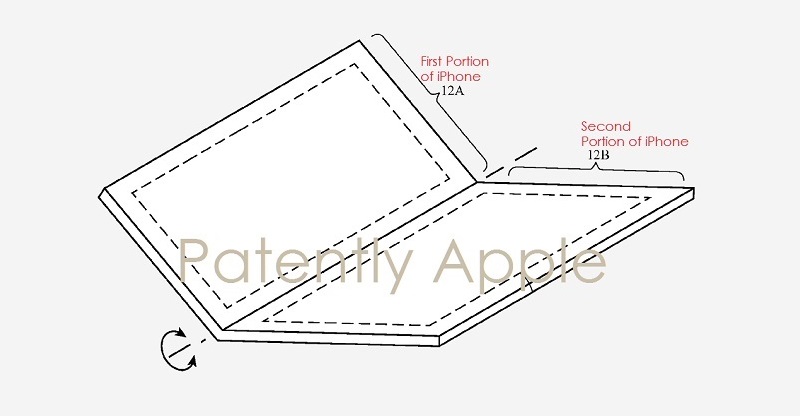 Today, LG announced the development of new technologies that can be used for foldable displays using new materials technologies and its accumulated coating technologies as it enters the next-generation materials market in earnest.

Regarding this, LG Chem announced that it had developed the cover window for foldable devices branded ‘Real Folding Window’ that applied specially developed coating materials to make the surface as hard as glass, while the folding parts as flexible as plastic.

Cover windows are core materials located on the outermost part of foldable devices to protect the display from impact, while also delivering clear images.

It is featured by not only its durability and transmittance, but also the curved characteristics that can be folded flexibly. This may be applicable to a possible future iDevice with an expandable, flexible display that we reported on last week.

A spokesperson from LG Chem said that "Unlike existing polyimide films and tempered glass-type materials, the cover window that applied LG Chem’s new coating technologies will maximize flexibility, while also providing optimized solutions for foldable phones such as making improvements to chronic issues like fold impressions on the connecting part of the screen."

The ‘Real Folding Window’ that LG Chem developed coated a new material at a thickness of a few dozen micrometers (㎛) on both sides of PET film, which is a type of thin plastic, to enhance heat-resistance and mechanical properties of plastic materials.

It is thinner compared to existing tempered glass and has the same hardness, but no cracking on the screen.

The price competitiveness is superior compared to existing polyimide film and due to its outstanding flexibility, durability is maintained completely even when folding more than 200,000 times. LG Chem also made significant improvements to the fold lines that occur on the folding parts of the screen.

LG Chem is also developing technologies to produce a thin ‘Real Folding Window’ with only based on a coating alone, not requiring PET films (Polymer films). Coating-method products without PET films are expected to be applied in foldable phones and rollable display devices as we pointed to earlier in Apple's patent.

Chang Do Ki (Vice President / Division Leader, IT Materials Division. Advanced Materials) commented, "Through the Real Folding Window that we newly developed, we were able to take a step closer to resolving the pain points of customers, and we have already received proposals for joint projects from multiple clients."

He added, "We will strengthen our partnerships with leading companies of the smartphone industry and expand our market starting with mobiles and going on to new foldable applications such as laptops and tablets."

Hmm, I wonder if Apple is one the "leading smartphone companies" working with LG Chem so as to eventually take on future foldable devices from both the mobile and PC sectors.

At present, Microsoft and Intel are working with Samsung on the "Horseshoe Bend Project" that will be bringing 17" foldable display tablets to market that double as foldable notebooks. 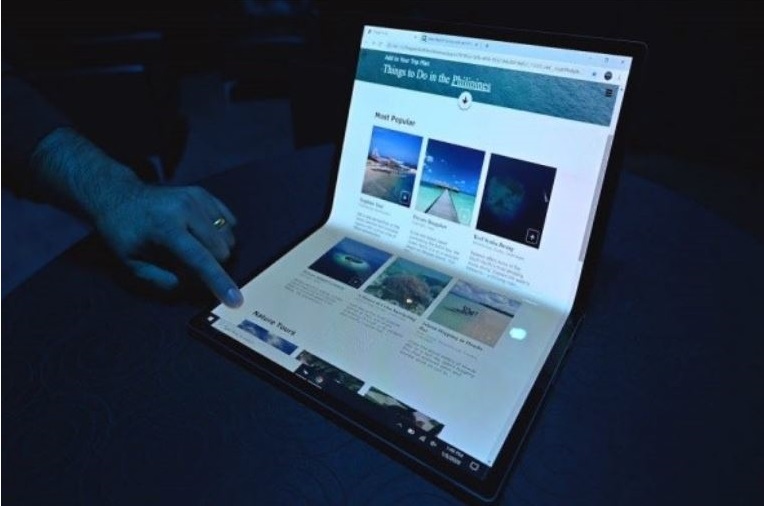 Samsung won a design patent for a future foldable tablet, hoping to get ahead of Apple's iPad line-up. This will eventually extend to HP, Dell, Lenovo, Asus and others.

Whether Apple will get ahead of the foldable tablet trend or wait to see if consumers will buy into these next-generation foldables before jumping in is unknown at this time. History would suggest that Apple will continue to develop and patent their future foldable devices but not enter this market until there's proof it's a viable device category that has the potential of challenging their iPad kingdom.

For now, it's good to know that Apple has a potential foldable glass partner beyond Samsung.