Home Archives Contact Us Subscribe Twitter MeWe Facebook Patently Mobile
Apple TV+ Releases the Documentary 9/11: Inside the President's War Room along with a Trailer and more
COVID-19 on Not, Throngs of Apple Fans attended the Opening of the new Apple Changsha Store, the first in China's Hunan Province

Apple Invents "Localized Haptics" that could be placed under segments of a Future MacBook's Main Touch Display, a Vehicle Steering Wheel+ 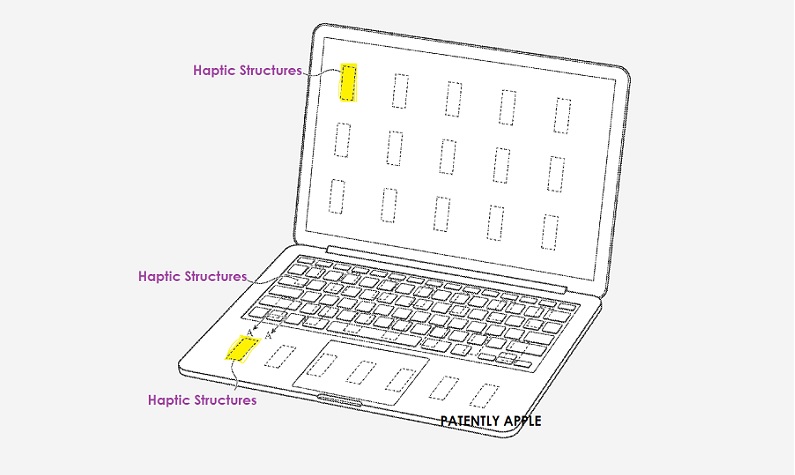 Today Patently Apple discovered an Apple patent application published in Europe on August 25, 2021. It had been filed in Japan earlier this year and in China back in 2018. Patently Apple has covered numerous haptics centric patents over the years relating to future Apple Watch bands to the Magic Mouse to the iPad and to a possible future reconfigurable MacBook. The latter focused on a dual display MacBook with its secondary display specifically being reconfigurable to allow a user to temporarily call up a virtual numeric pad and more. 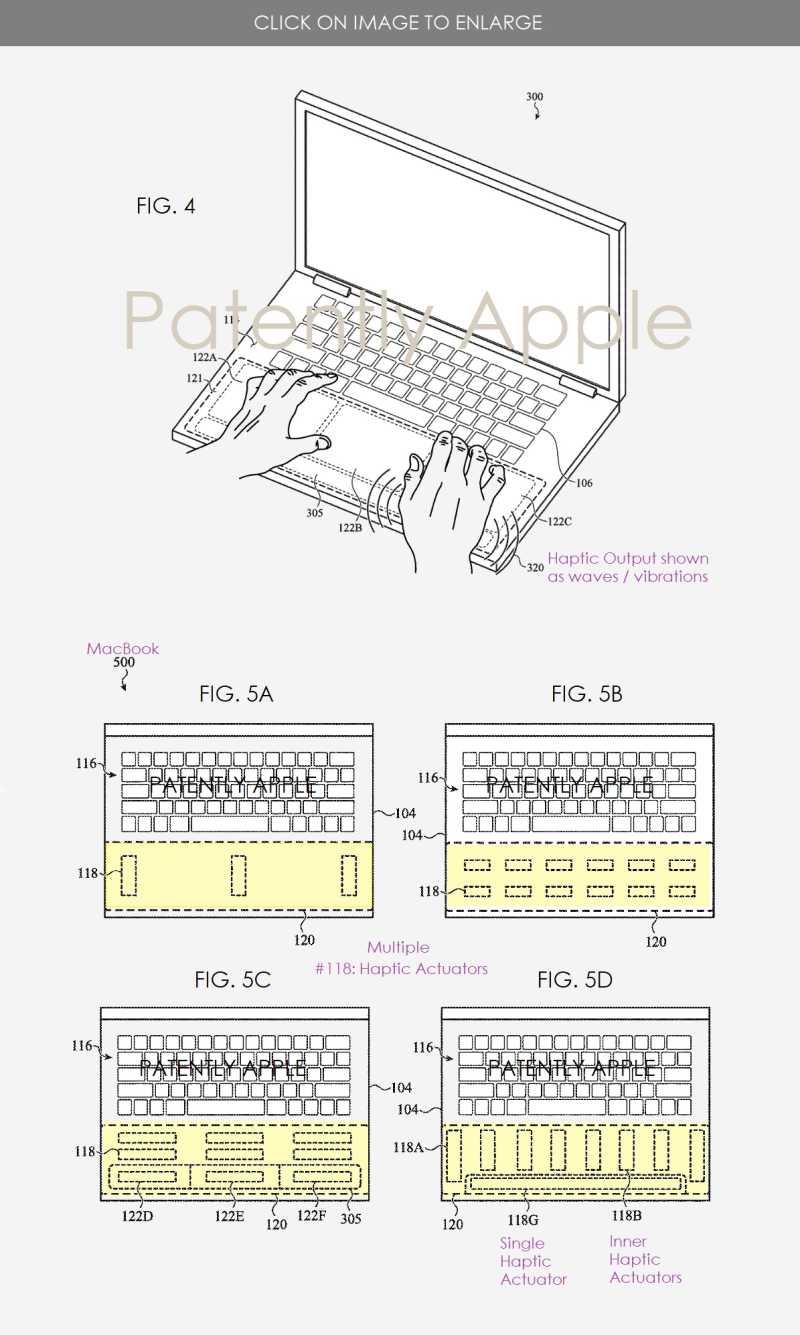 In the published patent filing that we discovered in Europe today, Apple goes one step further by adding localized haptics on a MacBook's main display. Apple notes that haptics using vibratory motors typically vibrate the entire electronic device and are not able to provide a haptic output at a specific area. Apple's patent application reveals that in the future, haptics may be found in very specific areas of a device and only vibrate that area, such as behind a single app icon, keyboard key, on a MacBook touch display or a device casing as in the case of a MacBook or Magic Mouse as illustrated in patent FIGS. 1A and 12 below. 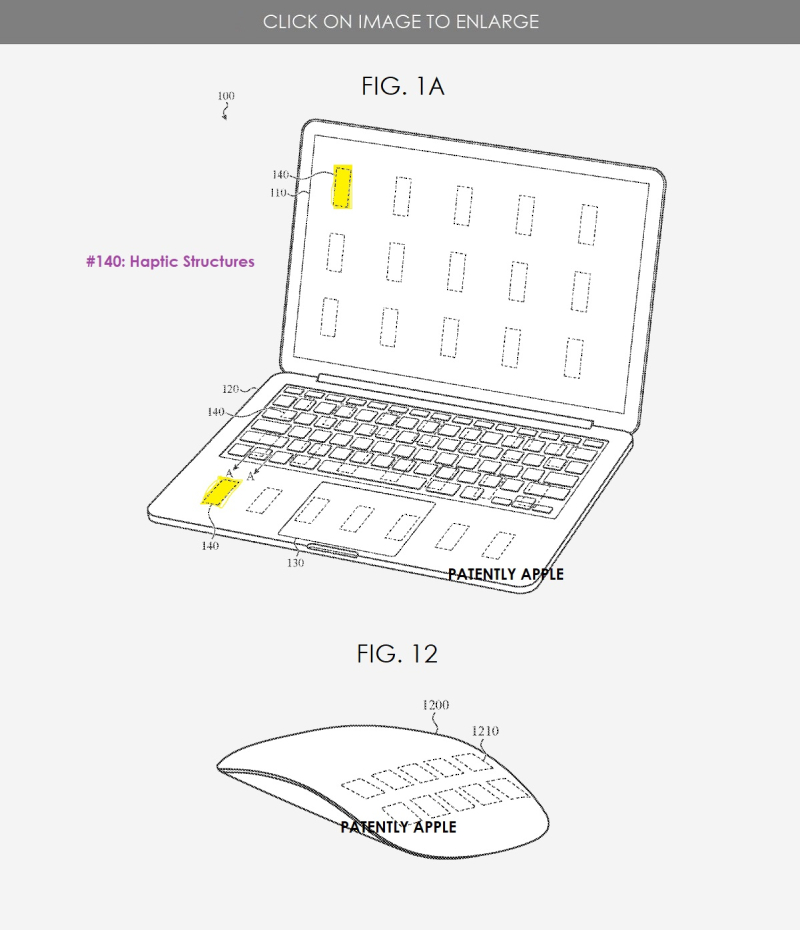 Apple adds that in some embodiments, the haptic structure includes a beam structure or other deflection mechanism that is machined from or within a surface or some other component (e.g., a housing component) of the electronic device. The beam structure is coupled to a piezoelectric element and is configured to deflect in different directions, depending on the current, voltage or other input signal that is applied to the piezoelectric element.

As the beam structure deflects, a surface of the electronic device may also deflect; this causes a haptic output that creates a tactile sensation. In some embodiments, the haptic output may be provided to an input surface (e.g., a surface, structure, or the like designed to receive an input from a user).

Apple has thus far refused to provide MacBooks with a touch display, unlike Microsoft's Surface notebooks. But in this patent application, Apple's engineering team appears to be working on the main display being a touch screen for MacBooks.

Specifically, Apple notes that "In some cases, the haptic structures may be integrated into a display of an electronic device, such as the laptop computing device shown in FIG. 1. Why would you have haptics integrated in the screen if it wasn't a touch screen? So, without saying the words "touch screen" the applications demand it. Patent FIG. 1A specifically illustrates that they're not talking about the MacBook's Touch Bar.

One of the engineers listed on the patent filing is a 'Finite Element Analyst' which covers the study of mechanical stress, vibration and motion which is reflected in the nature of this invention.

Considering that this is a patent application, the timing and viability of such a product to market is unknown at this time.