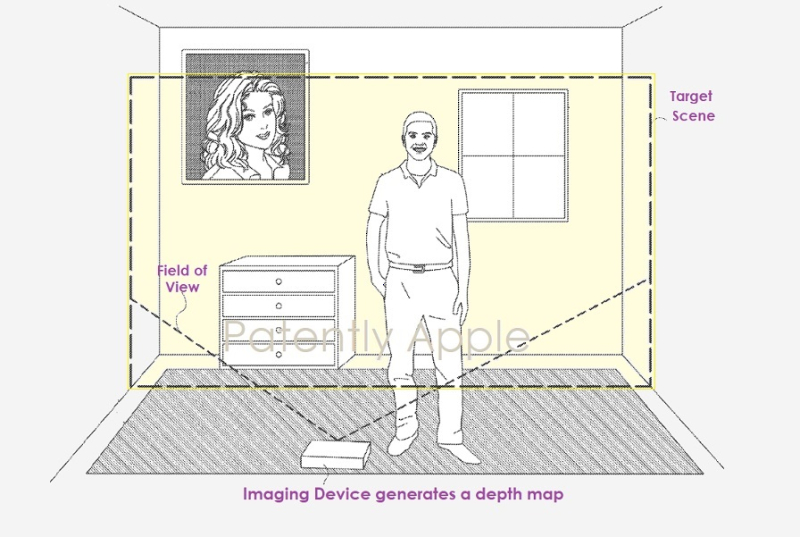 Today the US Patent & Trademark Office published a patent application from Apple that relates to systems and methods for depth mapping, and particularly to depth mapping using time-of-flight sensing for an iPhone or table top device like a future Apple TV box.

Some ToF systems use single-photon avalanche diodes (SPADs), also known as Geiger-mode avalanche photodiodes (GAPDs), in measuring photon arrival time, or possible an array of SPAD sensing elements. In some systems, a bias control circuit sets the bias voltage in different SPADs in the array to different, respective values. 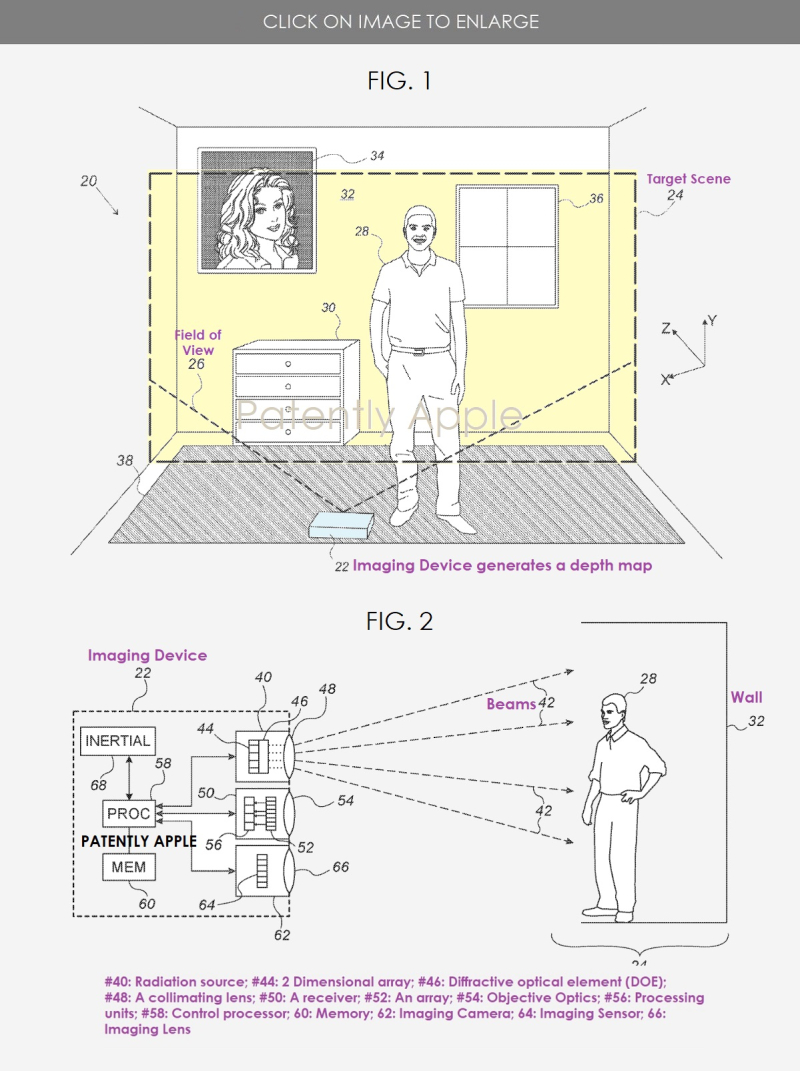 More specifically, in the illustrated scenario of FIG. 1, an imaging device #22 generates a depth map of a target scene (#24) within a field of view (#26) of the device. In this example, the target scene contains moving objects, such as human (#28), as well as stationary objects, including a bureau (#30), a wall (#32), a picture (#34), a window (#36) and a rug (#38). Although the imaging device is shown in FIG. 1 as a tabletop unit, the imaging device may alternatively be a mobile or handheld device, and may thus move, as well, during acquisition of the depth map. The "Tabletop unit" could be referring to a future Apple TV device.

Apple's patent FIG. 3 below is a flow chart that schematically illustrates a method for processing ToF information. 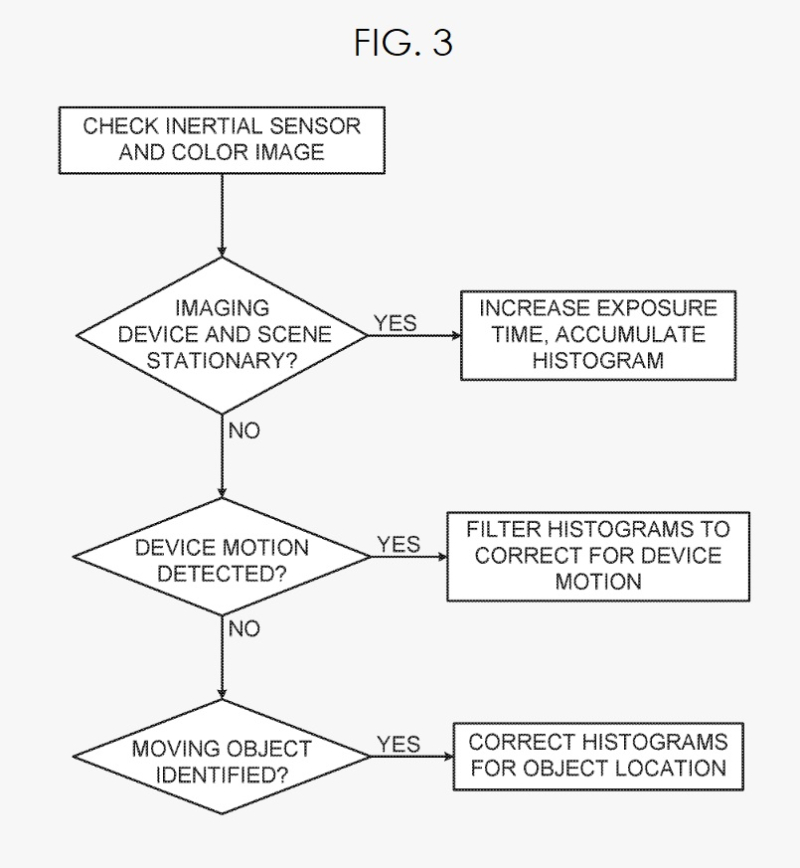 To review the deeper details behind Apple's patent application number 20210270969, click here. Apple filed for another patent on depth mapping titled "Calibration of a depth sensing array using color image data," back in July that shared some of the same patent figures.

The four inventors listed on Apple's patent application are from Apple's Israeli team. One of them is Moshe Laifenfeld: Lead, Digital Signal Processing, Algorithms.