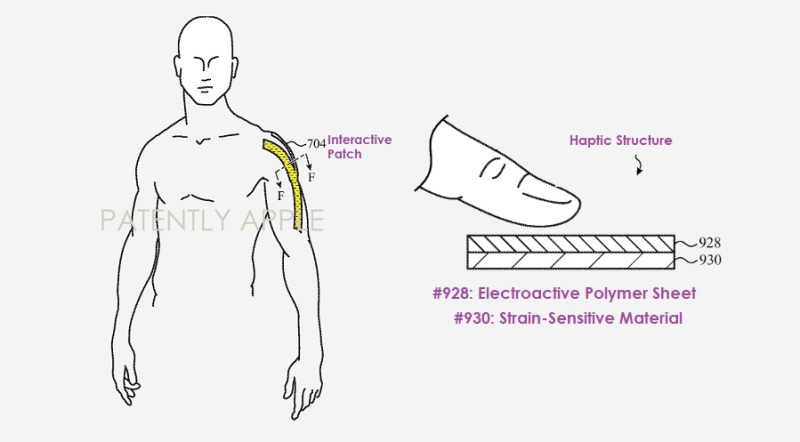 Today the U.S. Patent and Trademark Office officially granted Apple a patent that relates to using various materials for providing input and output for an electronic device. More specifically, the present disclosure is directed to using piezoelectric material or electroactive polymers for receiving input and providing haptic output for wearable devices such as VR gloves, straps, watch bands, body suit or other clothing and electronic devices like glasses, an HMD, iPhone, rings, a MacBook and more.

Apple's invention is directed to deformable haptic structures used within a wearable device such as a three-dimensional input system (e.g., such as a glove or other wearable input device) or other electronic devices like a MacBook.

Apple notes that the electroactive polymer includes at least two electrodes separated by a compliant layer. The electrodes may be a conductive silicone rubber or other appropriate deformable material that flows or conducts electrical current. The compliant layer may be a non-conductive and flexible silicone or other appropriate material that substantially impedes the flow of electrical current between the electrodes. 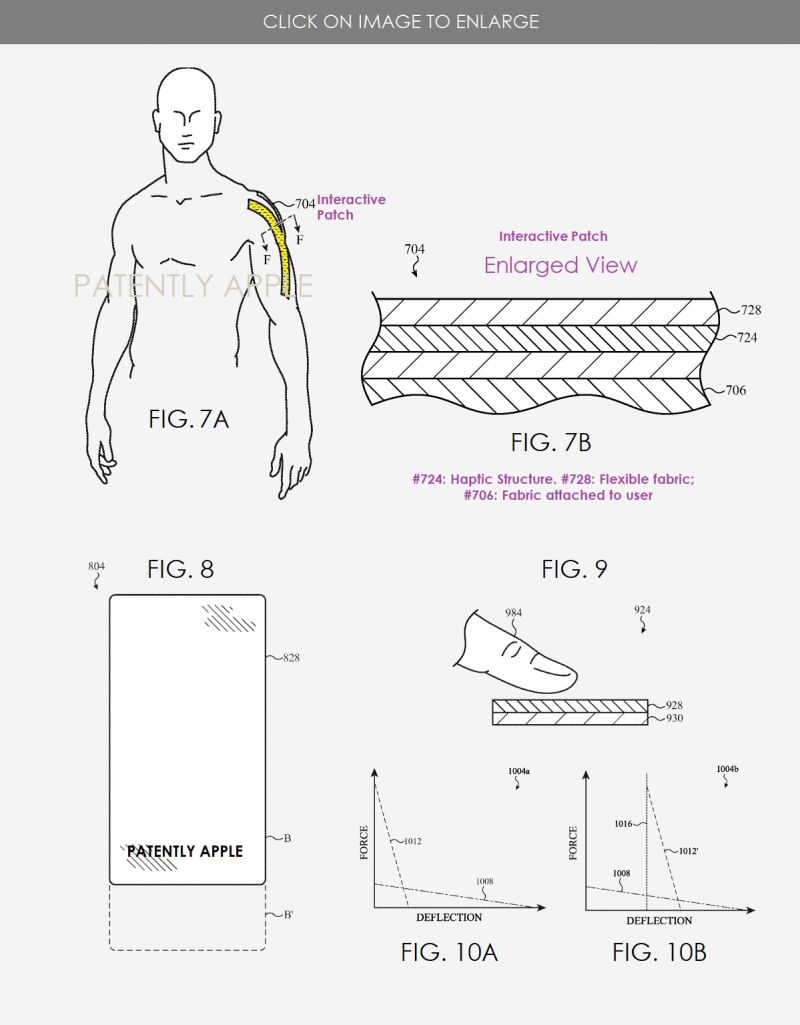 For example, the flexible fabric may translate relative to the user to produce a pressure sensation of an object represented within the virtual environment when the user interacts with the object using the electronic device. 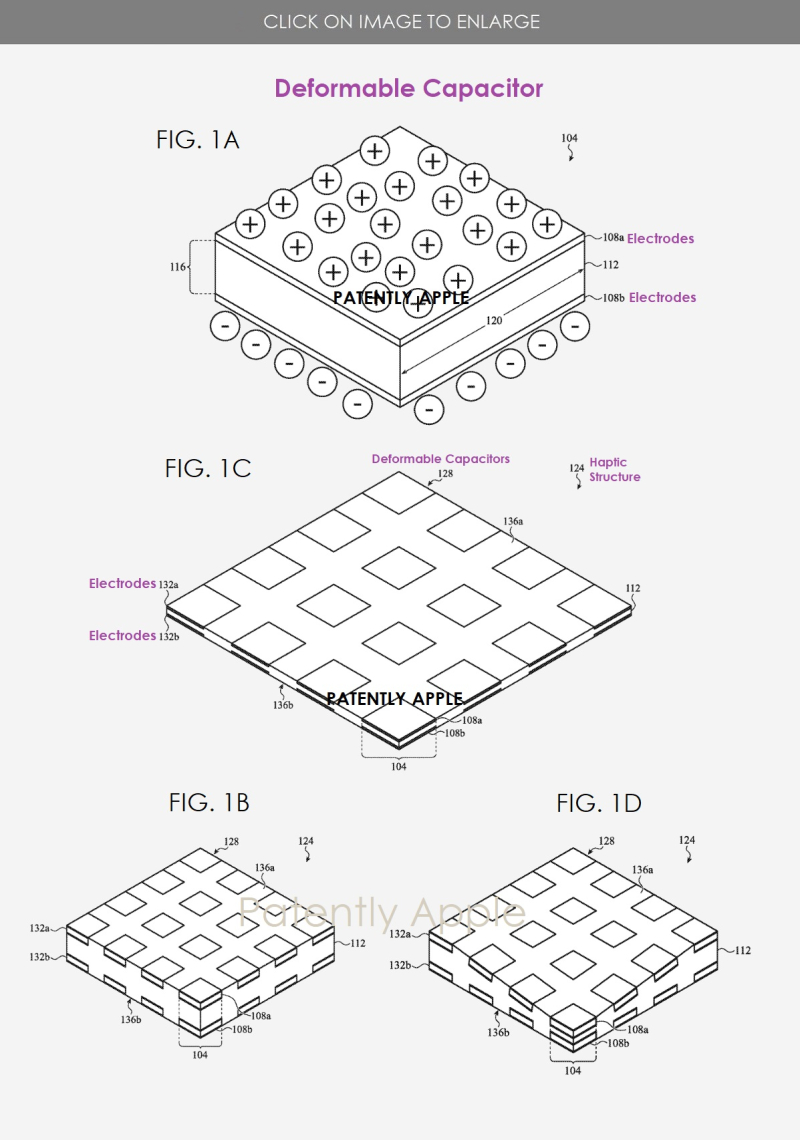 For more details about this invention, especially how it applies to a possible future MacBook keyboard or Apple Watch, review Apple's granted patent 11,127,547 . A few of the inventors include:

Zheng Gao: Was a Sr. Product Design Manager at Apple and is now with Tesla.