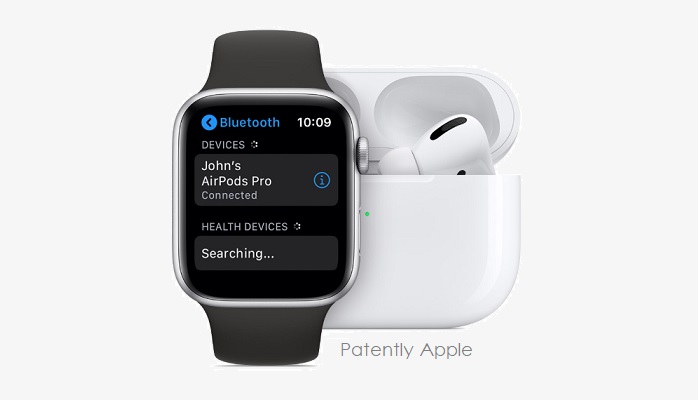 A new analytical report today reveals that in the second quarter of 2021, the Wearable market in Europe grew 28.5% compared to the same period of 2020. In total, 21.2 million units were shipped to the region between April and June.

IDC reports that the smartwatch sector accounted for 29.8% of the market, reaching 6.3 million units, a growth of 54.0% YoY, with Apple taking the lion's share of this product, surpassing all other smartwatch makers with rapid growth of 131.0% YoY due to reduced prices in Watch Series 3, increased demands from Watch SE and upgrades from Series 4 and 5 to Series 6. 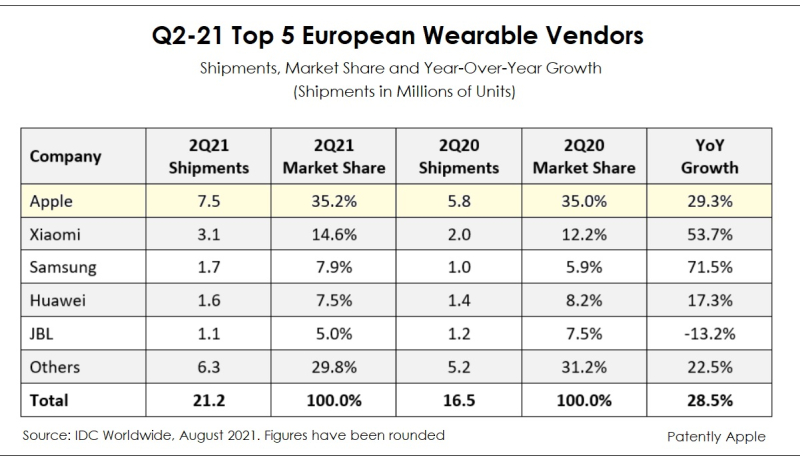 Earwear accounted for 11.6 million units in the European market, this category remained the largest product share in the wearable market with 54.8% share. Truly Wireless had the highest market share in the earwear category, with Apple leading the market, followed by JBL and Xiaomi.

Although "glasses" are a part of the wearables market, at present the volume sold was inconsequential.

Kyla Lam, research analyst for wearable devices for Europe: "Though disruptions in the supply chain continued, the wearable market in Western Europe grew 24.6% year over year (YoY) overall due to the Olympic Games and heightened interest in health monitoring in both the consumer and commercial segments. Basic wearable grew 21.2% YoY, including earwear and smart glasses, while smart wearable grew 39.7% YoY, which mainly includes smartwatches only.