Home Archives Contact Us Subscribe Twitter MeWe Facebook Patently Mobile
Déjà vu: Alaska Airlines Flight evacuated in Seattle due to a Samsung Galaxy A21 Smartphone Fire
While iPhone owners are Loyal to most of Apple's mobile devices, almost 60% don't own a Mac

China's Xiaomi is taking the world by storm and has catapulted to second place in global smartphone shipments knocking out Apple to third spot in Q2 and edging ever closer to taking out Samsung as leader. It was reported by Reuters this morning that  Xiaomi Corp posted second-quarter revenue of 87.8 billion yuan (US$13.6 billion) on Wednesday, up 64% year on year and above analyst expectations, as the company grew its market share in the global smartphone market. 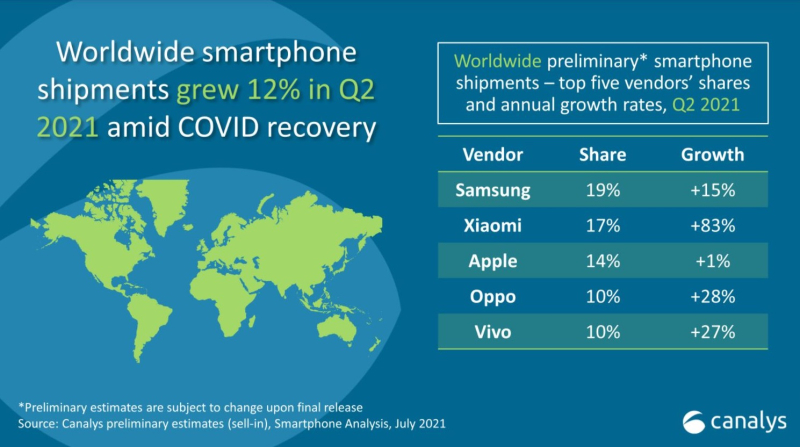 As a company that has always tried to mimic Apple designs and style of device interfaces, the company today announced its intentions of acquiring autonomous driving technology startup Deepmotion for about $77.4 million, sealing a deal to help further its ambitions of getting into the fast-expanding field – knowing that Apple's Project Titan may soon become a market reality.

Co-founder and Chief Executive Officer Lei Jun is now spearheading a drive to take Xiaomi beyond smartphones. The 51-year-old is personally leading a project to make electric vehicles and the company has pledged an initial investment of $10 billion over the next decade in the business. Lei has said the company has deep enough pockets to fund such a project, which requires years of heavy investment in development and manufacturing before the first car can even be sold. 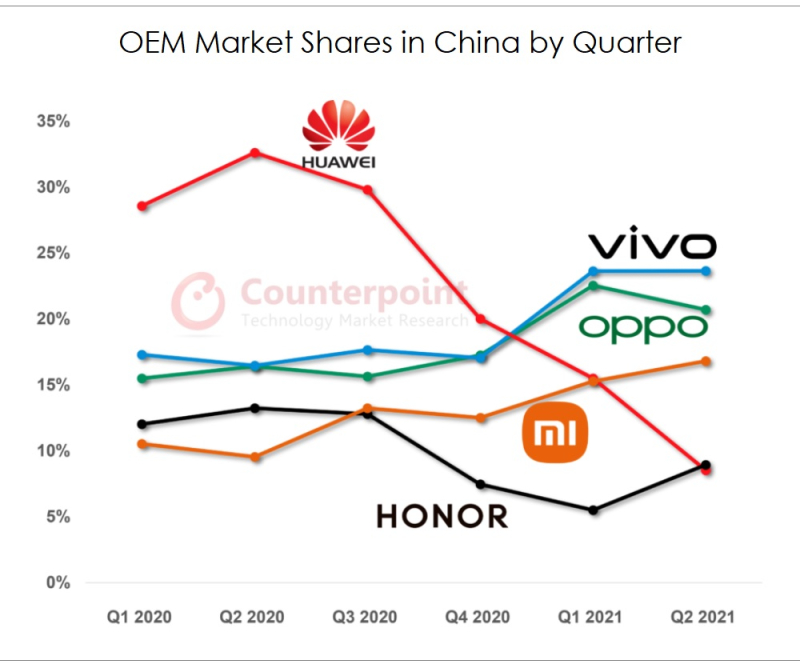 Though all top OEMs have benefited from Huawei’s retreat, it is vivo that has managed to reach the top spot with its secured supplies of crucial components, optimized product portfolio, and a strong distribution network. At present it's unknown why Vivo hasn't broken out to compete in the global market, though it's highly likely to take place over the next five years. For more on this, read the full Counterpoint report.

Of course, Apple is still king of premium smartphones around the globe and is the indisputable profits champion. Apple's CEO stated during his July 28th financial conference call opening statement that "It was an incredibly strong quarter. It set a June quarter revenue record for greater China for us."  Cook added that "In urban China, we have the top two" smartphone models. Apple has never focused on being a smartphone "volume-shipment" leader but rather delivering the best all-round smartphone at the highest profit margins.

With that said, it's always good to stay on top of what the competiton is up to.

Apple's iPhone 13 is due out in mid-September and estimates are that they're aiming for 90-100 million iPhones to be sold by the end of the year an increase of about 20%.