Home Archives Contact Us Subscribe Twitter MeWe Facebook Patently Mobile
Google Joins the Race with Apple, Microsoft and Samsung to bring a Viable Smart Ring to Market after Amazon's Echo Loop Failed
Apple Intends to bring back In-Store Classes in the U.S. and some European Retail Stores by the end of August 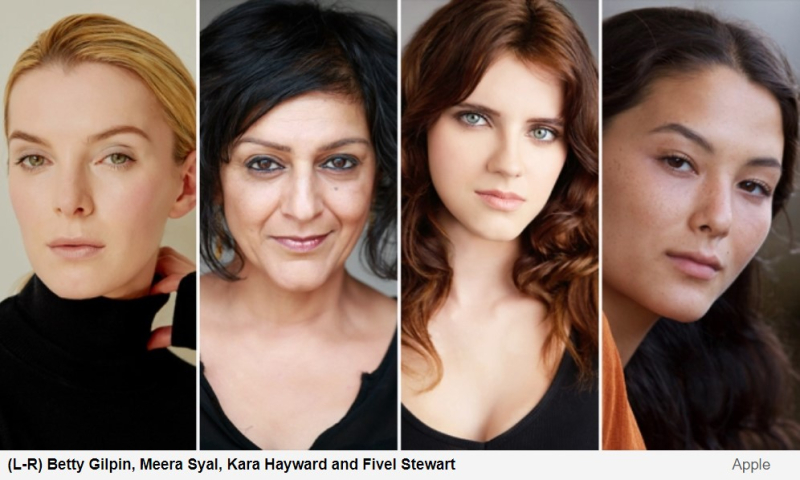 Betty Gilpin is best known for portraying Debbie "Liberty Belle" Eagan in the Netflix comedy series GLOW (2017–2019), for which she was nominated for three Primetime Emmy Awards for Outstanding Supporting Actress in a Comedy Series. She also starred as Dr. Carrie Roman in the Showtime comedy-drama series Nurse Jackie (2013–2015).

In 'Roar' - Gilpin will play Amelia, a woman so strikingly beautiful that her husband builds her a shelf to sit upon in their home.

Syal will play Anu, a woman stuck in a lackluster marriage who decides to shake up her life and return her husband to the very store she first purchased him from.

Stewart will play Jane, an angsty teenage girl who loves horses and doesn’t love much of anything else these days; she embarks on a revenge journey when her father is murdered.

Hayward will play Millie, the preacher’s daughter and Jane’s childhood friend — the last person you’d want to bring on a revenge journey with you.

Roar is based on Cecelia Ahern’s book of short stories. The series, produced by Endeavor Content, will feature eight, half-hour episodes, each told from a female point of view. For more on this, read the full Deadline report.