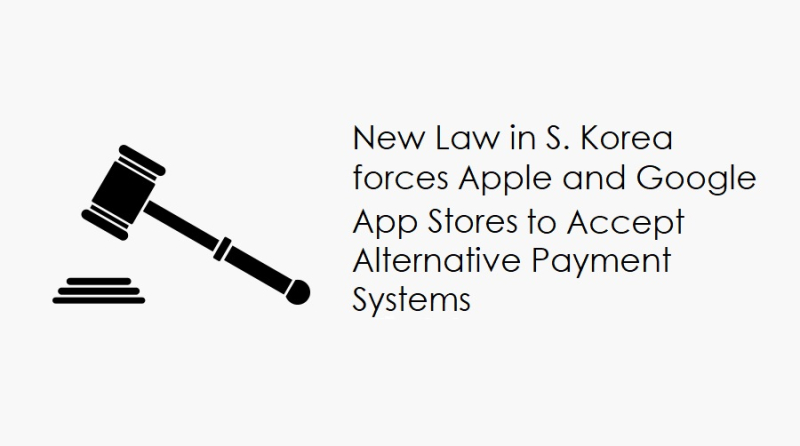 It's being reported in Korea today that the South Korean parliament passed a controversial bill early Tuesday that could break the app store duopoly of Google and Apple, in a move watched closely by the world for its potentially radical implications.

The so-called anti-Google bill, endorsed by the National Assembly with 180 votes in its favor, amends the Telecommunications Business Act to stop the US-based IT titan from requiring local app developers to use its payment system for in-app sales. It is set to take effect immediately after promulgation.

Regarding the bill in Korea, Apple remains concerned. Before the bill was passed, Apple said in a statement that "The bill will put users who purchase digital goods from other sources at risk of fraud, undermine their privacy protections, make it difficult to manage their purchases, and features like Ask to Buy and Parental Controls will become less effective. We believe user trust in App Store purchases will decrease as a result of this proposal -- leading to fewer opportunities for the over 482,000 registered developers in Korea who have earned more than 8.55 trillion won to date with Apple."

Apple has yet to add any further comment on the matter since the bill was passed.

In a statement from Google immediately after the bill’s passage, they said it was seeking measures to comply with the new regulation, but added: "The [app store] commissions are used to provide Android for free, while enabling developers to reach customers around the world through various tools and global platforms. It is a business model that allows customers to use devices at affordable prices and helps both developers and platforms become financially successful. Just as developers incur costs to develop apps, Google incurs costs to establish and maintain the app market."

The statement added that "Google, while maintaining the business model that supports a high-quality operating system and app market, is seeking measures to comply with the regulation."

But the bill was highly divisive, pitting local app developers and IT companies who see the need to regulate global IT titans against conservative politicians and experts who fear a trade dispute with the US government.

Not only local but also global app developers and IT companies hailed the bill's passage in Korea.

Match Group, an American internet and technology company headquartered in Dallas, Texas, immediately released a statement through its Asia Pacific office after the passage.

The group's spokesperson said that "Today’s historic action and bold leadership by South Korean lawmakers mark a monumental step in the fight for a fair app ecosystem. The legislation passed today by the Assembly will put an end to mandatory IAP in South Korea, which will allow innovation, consumer choice, and competition to thrive in this market. We look forward to the bill being quickly signed into law and implore legislative bodies around the globe to take similar measures to protect their citizens and businesses from monopolistic gatekeepers that are restricting the internet."

For more on this story, read the full Korea Herald report.

While Google Pay has more to lose in South Korea than Apple does, Samsung could be the big winner here. Samsung has to be delighted by their country's new law which will open the door for Samsung Pay to be used in Google Play.